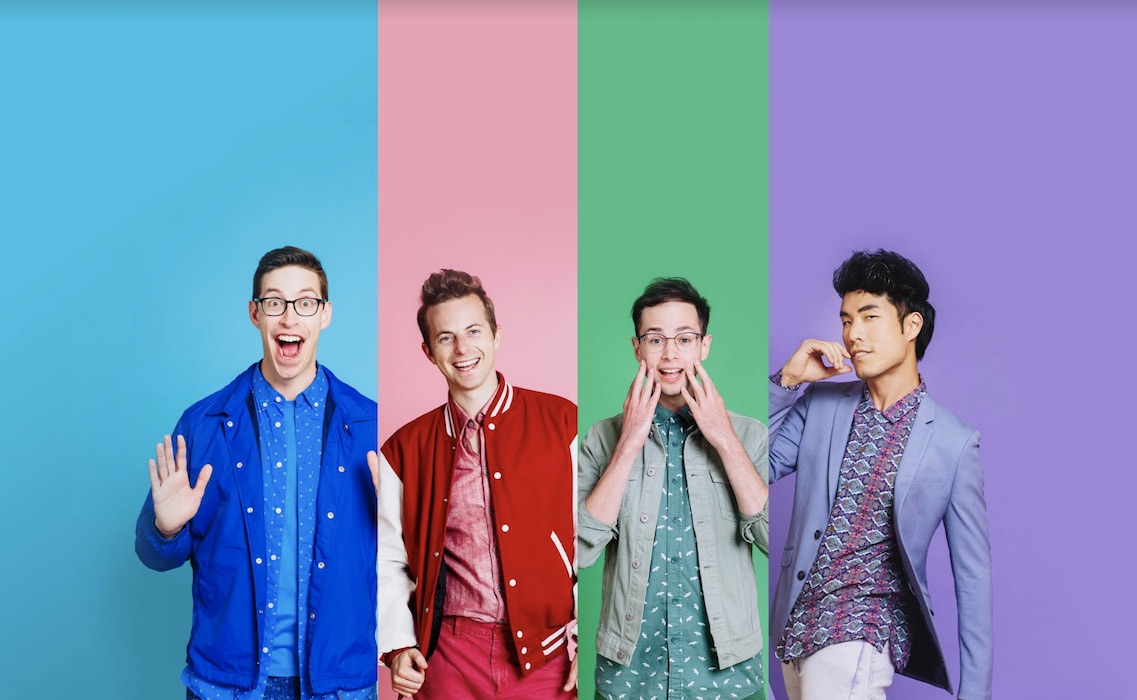 YouTube Channels To Focus On Instead Of The News

With most of us in quarantine, it seems everyone has turned to their favorite streaming service. This could be the time to check in on the YouTube channels you watched as a teenager. You could also look into new YouTubers. Most of the time, watching movies and TV shows puts a wall between viewer and creator. I have always felt that watching YouTube videos has broken down that wall.

Some of the best YouTube Channels talk to you as if you are a friend and not a fan. Having this type of interaction can be calming and feel almost like a face time call. Here are some of the YouTube channels that have done a great job of making my quarantine better.

One Of The First Greatest YouTube Channels: Jenna Marbles

Jenna Marbles has changed her YouTube channel a lot since 2010. Instead of five-minute videos like “How To Avoid Talking To People That You Don’t Want To Talk To,” she has switched to 12-minute videos like “Trying To Blow Bubbles With My Hair”. Now it can seem like it would be a waste of time to watch a 12-minute video on someone trying to blow bubbles with their hair but the world has just given you a lot of time on your hands. Why not fill it with someone that is fun and just looking to have a good day with a new challenge?

Jenna has started making content that she looks for on YouTube instead of what she used to make as a YouTuber. This has resulted in Jenna posting videos where she tries out video hacks, makes a Hot Wheels track with her hair, meme reviews that her viewers have made, and watches her favorite TikToks. I didn’t know I needed this content, but I am so happy to have stumbled back upon it.

Garrett Watts started a YouTube channel after appearing in many of Shane Dawson’s videos. His channel started to take off after viewers fell in love with his humor and sweet personality. His content is the chaotic good you need right now. In every video, you can always look for the stock image of a lady drinking wine. She seems to be a judgmental voice bit for Garrett, which also adds a great comparison to his sweet personality. His laugh is contagious and his friends that join him add to his chaotic happy energy.

He made a cake for a rat and a song about babies (that was actually high up on the iTunes hip hop charts). Garrett also made a video about facing his hording mentality and cleaning up his small home. He doesn’t have a regular posting schedule, which means there aren’t always a lot of videos to catch up on.

One Of The Best Group YouTube Channels: The Try Guys

The Try Guys are one of my favorite YouTube channels posting content that is lighthearted most of the time. They post two to three YouTube videos a week. They have a series right now where they are finding different activities to do during the quarantine. Keith, Ned, Zach, and Eugene all have different personalities that somehow fit together to make a friend group that makes you keep watching.

A few of my favorite series are Without A Recipe, Try Wives Wine Time, and Try Guys DUI series. Their channel has funny videos along with informational and challenging videos. Zach Kornfeld, usually a laid back and funny guy, posted a video recently about being immunosuppressed in a worldwide pandemic.

Jordan Shrinks is a YouTuber who started on Instagram as a body positivity account and weight loss person. Her YouTube channel focuses mostly on fitness tips, but she also updates her viewers about what is going on in her life. She also answers pretty serious and sometimes risqué questions that most people aren’t comfortable asking.

Her attitude and general personality make her videos feel as though you are talking with a friend rather than watching a YouTube video. She talks about her battle with binge eating disorders and body dysmorphia. This shows that even when you lose enough weight to look healthy, it doesn’t mean you will be happy. Jordan has posted videos on how she has changed her way of eating, way of viewing herself, and getting to finally showcase the style that she has always dreamed of wearing. She also recently got a tiny puppy which has made her content even better.

Kelsey Impicciche is a YouTube channel I originally found on Buzzfeed as “Single Girl Tries The 100 Baby Challenge in The Sims 4.” Her calm yet chaotic reactions to every situation The Sims threw at her made me instantly like her. Her bubbly personality, mixed with her constant positive attitude through her YouTube Channel, has a way of making you forget about any problems you may have.

Going over to her own channel, she has a mix of food, gaming, and challenges that provide a great video to turn to for whatever mood I am in.  She has made different types of videos, including “Making 100 Cereals Into A GIANT Rice Krispie Treat”, “What I Eat In A Day – Healthy Food”, and “I Baked A Sims Cake In Real Life”.  As an avid player of The Sims and a baker, the latter really pulled me in.

Watcher is a new YouTube channel from three co-workers who were previously at Buzzfeed: Shane Madej, Ryan Bergara, and Steven Lim. They started with seven different series ranging from homemade cooking, a history show hosted by a puppet, and a talk show hosted by INSIDE, a Halloween haunted house. The same humor from Buzzfeed’s “Unsolved” between Shane and Ryan is present while adding Steven’s soft and funny personality which has the ability to make you forget about what is happening in the world.

They also started up a series called “Social Distancing & Dungeons & Dragons” where every Sunday at 10 am PST, they post a video of the three of them and their Head Of Development, Katie Leblanc, on a campaign for Dungeons and Dragons. Even as someone who has never played the game, it is pretty entertaining to watch and their humor is on full display in this new series.

With all of the suggestions I gave you here, there are many others for you on the internet. While my interests are gaming, food, and comedy, other people like make up tutorials and skit comedy. The great thing is, when you find someone you like, there will be many different videos in the recommendations section to help point you in the right direction of what you are interested in.

Brad Mondo is a great place to start for hair videos. MrBeast has a channel that has challenges along with charity and letting his friends compete for money. Cheep Lazy Vegan is a YouTube channel with, you guessed it, easy and cheep vegan meals to make at home. There are many YouTube channels for you to tune into, you just need to get started with what interests you most.