Here Is Why The World Needs Superman, Lois Lane

How does one start talking about their favorite superhero? They could discuss their powers, maybe even their favorite storylines and secret origins, too. However, when it comes to Superman, it only seems right to begin with where he began. The Man of Tomorrow’s legacy.

Ever since his creation in 1938 by Jerry Siegel and Joe Shuster, Superman has been a beacon of hope and an advocate for truth, justice, and understanding. He was used as propaganda to inspire the American troops of WWII and was even depicted punching Hitler in the face.

Every time our world has shown hate and selfishness of human nature, Superman has stood for something better. In the 2006 Superman Returns, a disgruntled Lois Lane writes a heavily critical article entitled ‘Why The World Doesn’t Need Superman.’ An angry response to his ‘abandonment’ of his adoptive home in search of his real one.

Well, Miss Lane, this article will have a slightly different flavor.

Superman, or Kal-El, is the last survivor of the doomed planet Krypton. His parents, Jor-El and Lara placed him into a lifeboat and sent him off across the stars in search of a new home, as his old one exploded. Seemingly lucky for us, he landed in Smallville, Kansas where a loving farmer and his wife adopted him. Nonetheless, you may be aware of this already. Whether it be through an avid fandom or social osmosis, everyone knows the story of Superman. 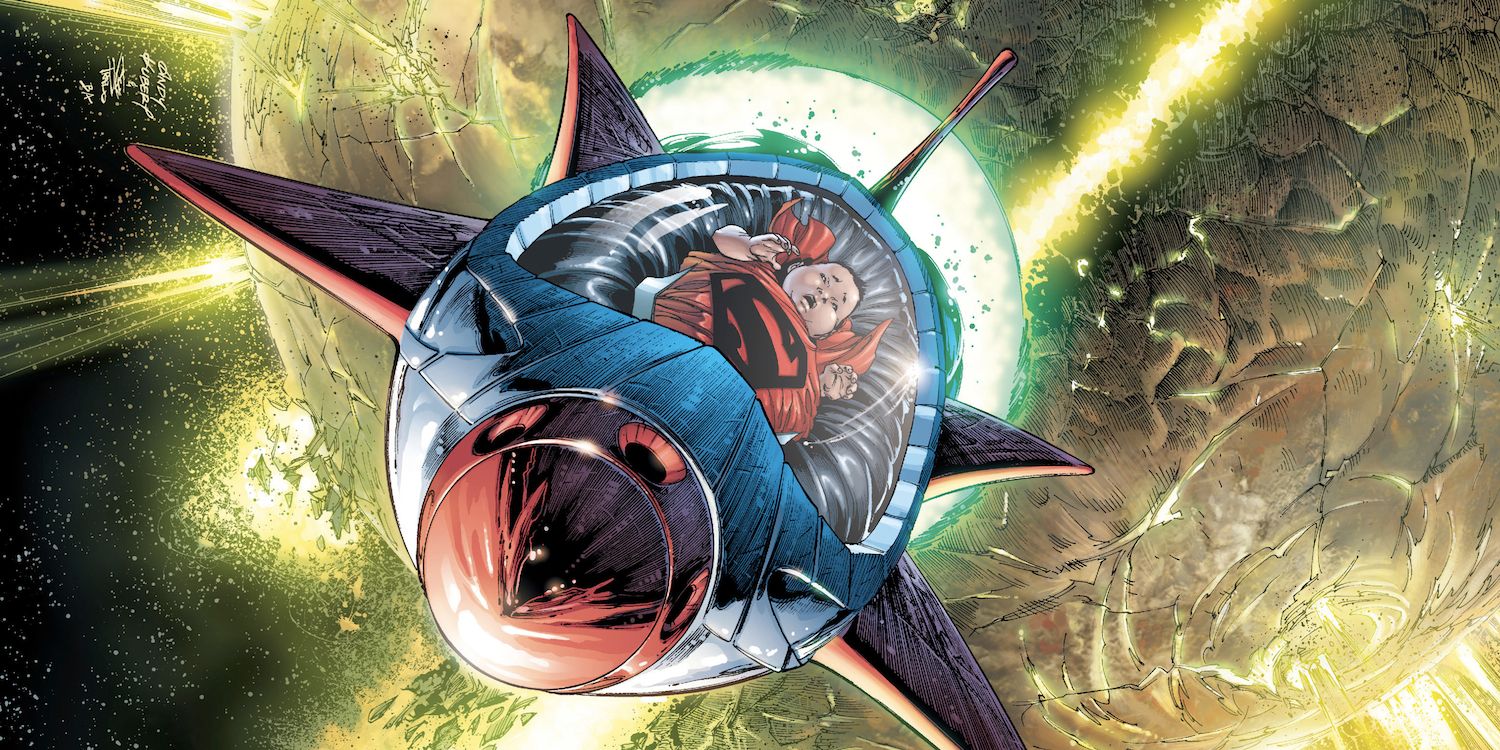 But the reason why this idea of finding a new home is so important is that it makes Superman an immigrant. A lost soul from a place of destruction of death who finds peace and purpose in the loving arms of strangers. And, instead of conquering or seeking to subvert the American way of life, as certain figures of society would have you believe, he vows to protect it.

To fight, inspire, and sacrifice for people different from himself.

Clark Kent grew up in a small Kansas town called Smallville, and whilst there, he learned what the best of humanity has to offer. The humility instilled in him by Jonathan and Martha Kent is one of the reasons the character of Superman remains so relatable. He is a human being after all.

Clark and Lois; based on DC Comics Characters, Series by Warner Bros.

This side of Clark Kent is explored in-depth in my favorite television show of all time, Smallville. Upon discovering his alien heritage, Clark uses his newfound abilities to protect his friends, family, and adoptive home from ‘meteor freaks.’ The ‘meteor freaks’ are people with kryptonite induced superpowers. He has to juggle learning to be a superhero with being a teenager, along with: falling in love, feeling like an outcast, and worrying about what he wants to do with his future.

This immediate sense of responsibility and guilt is what lies at the heart of Superman. People close to Clark die in the show; he fails and constantly doubts himself. But in overcoming those things, shows what a true hero is.

Lana: So what are you Clark? Man or Superman?

Clark: I haven’t figured it out yet.

Powers Of A God, Humility Of A Man

Superman is a God. He can fly, hear a pin drop from miles away, and wave bullets away like wasps. He has lifted continents, pushed planets, and shattered entire realities; but, he still has time to save kittens from trees.

To Kal-El, saving lives goes much deeper than stopping disasters and fighting super-villains. It is about inspiring people to better themselves, through the smallest acts of kindness. People may say that this makes him weak, but understanding the value of strength and when to use it is an important lesson for people to learn.

Man of Steel; based on DC Comics Characters, film by Warner Bros.

As he says in one of my favorite Justice League episodes:

“I feel like I live in a world made of cardboard. Always taking constant care not to break something. To break someone. Never allowing myself to lose control, even for a moment, or people could die.”

A lot of superheroes use violence or humor as a first resort to obstruct bad guys. Superman is different. He isn’t trying to beat his enemy, he’s trying to save them; most of the time from themselves. If someone is beyond saving, he takes no pleasure from using his God-like powers to stop them. A point that Zack Snyder attempted to make at the end of Man of Steel.

There are obvious comparisons between Superman and religious figures such as Jesus and Moses, due to the fact that his creators practiced the Jewish faith. A son of gods (aliens) sent to Earth to save us, and indeed die for our sins. An example of what humanity should strive for. Just like Thor and Hercules before him, Superman is a modern Christ figure.

The idea of a parent/parents having to give up their only child and send them downstream to safety makes Superman a modern day Moses figure too. If we look beyond the iconography to the character himself. He may be super, but he is also a man. He has doubts, he loses his temper and he makes mistakes. Superman isn’t perfect, and he isn’t untouchable either. His need to save everyone and his discovery that he can’t is what motivates and challenges the character.

Every Hero Is Only As Good As Their Villain

Batman is always seen as having the greatest rogue gallery. His collection of psychopaths, monsters, and tragic villains is what has helped to make the character so popular. Well, I argue that Superman’s rogue’s gallery is equally as compelling. Whether it be the world-conquering Brainiac or the dark reflection General Zod, Superman’s villains all challenge a specific trait of the Man of Steel; as all villains should.

It is Lex Luthor that I believe sits highly in the ranks of Superman villains. Why?

Well, he is just a man. A man with lots of money and a genius level intellect, but a man nonetheless. Lex Luthor is so jealous and emasculated by this alien from another planet that he dedicates his life to destroying him. When the strongest man in the universe stands before him, he doesn’t cower or flee, he stands up to him with a chunk of kryptonite glowing in his hand.

Superman is what Lex wants to become, and his jealousy and inferiority complex compels him to seek applause from the world through attempting to kill its savior.

Say what you want, but the Joker doesn’t seem to be that deep.

What Makes Superman So Important?

Superman is the greatest superhero ever conceived. His eternal philosophies of truth, justice, and acceptance should never be undervalued or forgotten. He is a truly good person who will always do the right thing, despite struggling with the human dilemmas that define this timeless character.

The world needs Superman to help inspire us to be better. With new divisions being drawn every day, understanding and identifying our own morality helps us to remember that we are all human beings. We make mistakes and can be selfish, but at the end of the day, we care for one another.

When you hear John Williams’ mighty score, see the iconic Superman ‘S,’ or watch the bumbling Clark Kent attempt to live as one of us; remember that Superman will always be there to inspire you, no matter who you are.