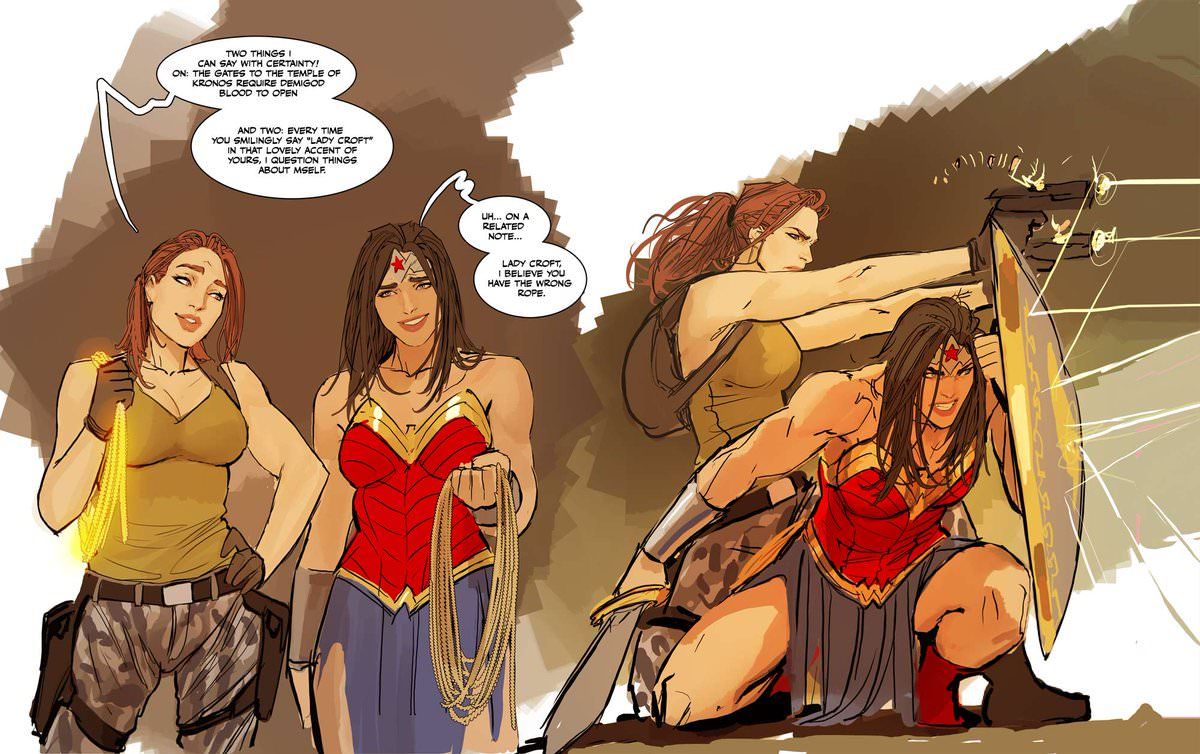 Just as we announced in our monthly newsletter, June is the month of Femslash! And we thought it would be a great idea to kick off this month with a special Wonder Woman edition. Next, we are going to do one for the F/F couples of Orphan Black, and another one for Orange is the New Black (both of them returning next week!).

For now, enjoy these 10 fic recs of Wonder Woman femslash featuring crossovers with other female characters from the DCU. And, of course, enjoy the movie!

The Lost Princess (crossover with Supegirl)

By: Speisla
Summary: Thirty years ago, Diana was happy. She was Wonder Woman, she was married to the woman she loved and she had a baby girl. But when her baby daughter (apparently) dies, Diana returned to Themyscira and never returned to the outside world. Now, Diana decides that she has had enough of living in the pain. Wonder Woman returns to Man’s World, finding that everything has changed radically in thirty years. (…)
Rating: Teen and Up Audiences – F/F – Lost Child, Typical crack fic
Words: 152,122

By: zarabithia
Summary: There are better ways to spend Christmas than with the Justice League.
Rating: Teen and Up Audiences – F/F – Christmas, Fluff
Words: 523

These Boots Were Meant For Crushing (crossover with Supergirl)

but if the earth ends in fire (crossover with Bombshells)

By: likewinning
Summary: She smells like salt water and she laughs like something dangerous when Diana asks why she’s helping her.
Rating: Explicit – F/F – AU – Assassins & Hitmen
Words: 1,152

Need You To Need Me (crossover with Batman)

By: MaggieBee
Summary: There were a lot of weird or even unusual things about Harley Quinn – but her stubbornness and refusal to be taken care of were definitely the weirdest.
Rating: Teen and Up Audiences – F/F – Established Relationship, Fluffy, A bit angsty
Words: 1,893

Tide Me Over (Until Time Ends) (crossover with Superman and Batman)

By: TimmyJaybird
Summary: Lois thought she was over that awe struck feeling that came with staring at what would only be dubbed a living wonder of the world. But when it came to Diana, she was very, very wrong.
Rating: General Audiences – F/F – Fluff, Pining
Words: 1,701

By: fembuck
Summary: After Diana rescues Glamora from an uncomfortable encounter with a would-be suitor, the two women go for a walk, and by the end of it, neither of their worlds are quite the same.
Rating: Teen and Up Audiences – F/F – Femslash, Friends to Lovers, First Time, First Kiss
Words: 9,329