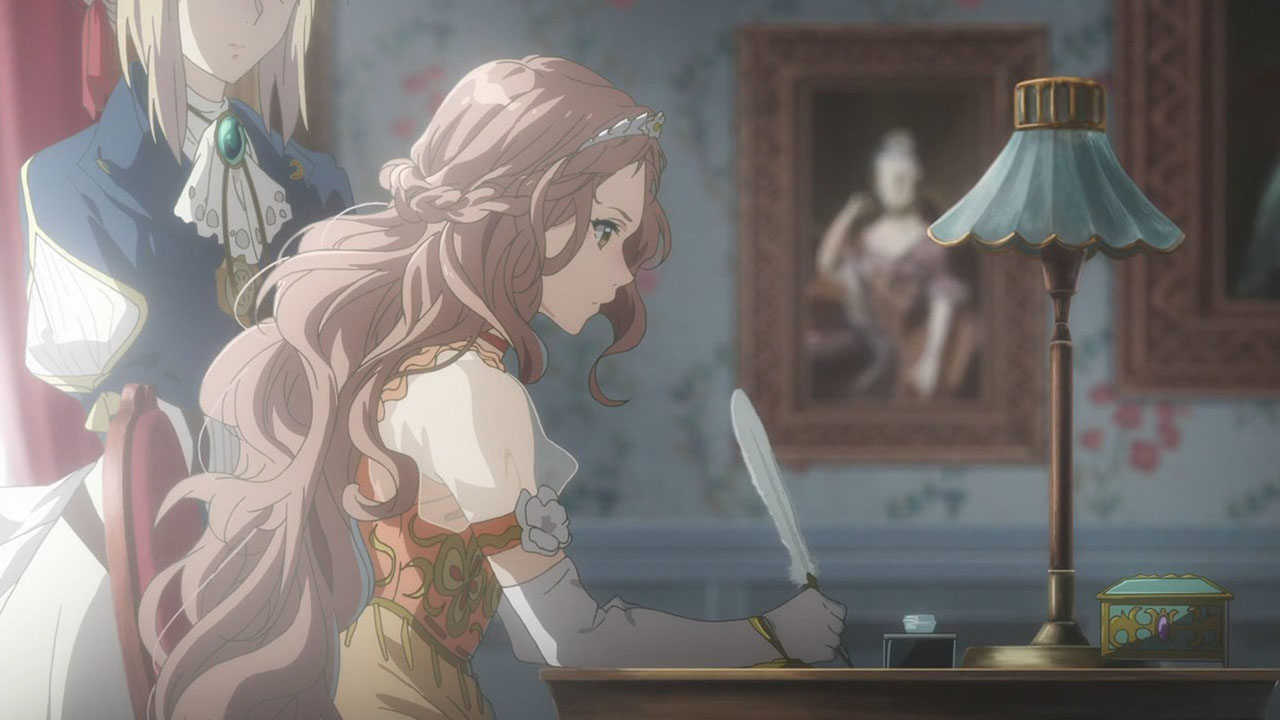 Here we go again! There’s many sequels and returns, cool-looking action thrillers, romance series, and perhaps the most hyped up anime in recent months. Check them all out in our Winter Anime Season 2018 preview guide!

Just from the synopsis and the visuals in the very first PVs, Violet Evergarden has been hyped for about a year now.  The expectations might be too high, but we know by now that nothing can really go wrong (at least aesthetic-wise) when Kyoto Animation releases a new anime. After some confusion, Violet Evergarden will be premiering on Netflix on January 11th.

Darling in the FranXX

Yes, mecha is a polarizing genre: you either love it or hate. But there are some exceptions to this rule (Neon Genesis Evangelion, anyone?), not to mention that this anime is made by both studio Trigger and A-1 Pictures, both of the most well-known and respected studios in the anime industry. The synopsis does sound a bit cliché, but it might be worth a watch given the character designs and visual spectacle.

A Place Further than the Universe

An original series by studio Madhouse should always be an insta-watch. Actually, due to the series having an early release, we can already guarantee that the first episode is very promising. A Place Further than the Universe follows a group of very adorable girls as they search for that “something more”, that sense of adventure they always felt when they were kids.

And here’s your yuri fix for the season! Well, technically it’s shoujo ai. Unfortunately, judging from the manga, you shouldn’t expect a very well-written exploration on lesbian relationships during high school years. Still, we wanted to add this on the list given the lack of explicit F/F relationships in anime (there’s been a lot more shonen ai recently). It could still be worth a watch, if only to see something different!

We are adding this one in the list if only because the art style and genres remind us of last year’s Tsuredure Children. In Skilled Teaser Takagi-san, we follow a couple of mid schoolers who just really like teasing each other. Expect a slice of life with comedic scenes and some cuteness thrown in the middle. The question is: will it be able to remain entertaining for more than 3 episodes?

Koi wa Ameagari no You ni

This one is quite of a risk because the whole student/teacher might be a no-no for some. However, there are instances of it being done right, just like in The Garden of Words. It’s a seinen romance, and one that is done by Wit Studio no less. Here’s hoping that we can actually enjoy a mature, thought-provoking romance story for once, and that it doesn’t fall in cliché or sexually awkward situations.

Everyone’s saying it: it looks/feels similar to Durarara!. And that is promising already. Hakata Tonkotsu Ramens looks like an action-packed crime-ridden urban story, with cool-looking characters to top it off.  Studio Satelight aslo has a history of doing highly entertaining action stories as well, so already only for those precedents, it’s already worth checking out.

Well, well, well… Your childhood is back with the return of Cardcaptor Sakura. Since this one is based on a new manga, we weren’t sure whether to place it under ‘Adaptations’ or ‘Sequels’. Fear not, though. It’s still written by CLAMP and produced by Madhouse, just like the first series. Sakura is now in high school, where she re-meets with Syaoran and, of course, it won’t be long until strange things start happening with her cards again. The new Cardcaptor Sakura has already been confirmed to have 22 episodes.

The Seven Deadly Sins is one of those anime that, even though they haven’t been as successful as others, they still have a very large following. And those who follow it speak very highly of it. After the somewhat disappointingly short OVA series from 2016, the series is now back for a full second season.

Overlord was one of the most talked about fantasy/action series when it first came out, but the hype slowly died out with time. Well, now it’s back with the second season, something not many expected given the fact that Madhouse doesn’t generally do sequels.

Dagashi Kashi. Some loved it (for the waifu), some hated it, and some got tired of it quite quickly. If you’re in the first group of people, you’ll be happy to know candy girl is back with more comedy.

Gintama: Silver Soul Arc. Quite probably, the final season of Gintama. Not much to say here without spoiling stuff from the manga, but once again, we recommend that you give this show a chance if you haven’t already!

What anime are you most excited for in the Winter Anime Season 2018? Let us know in the comments below!