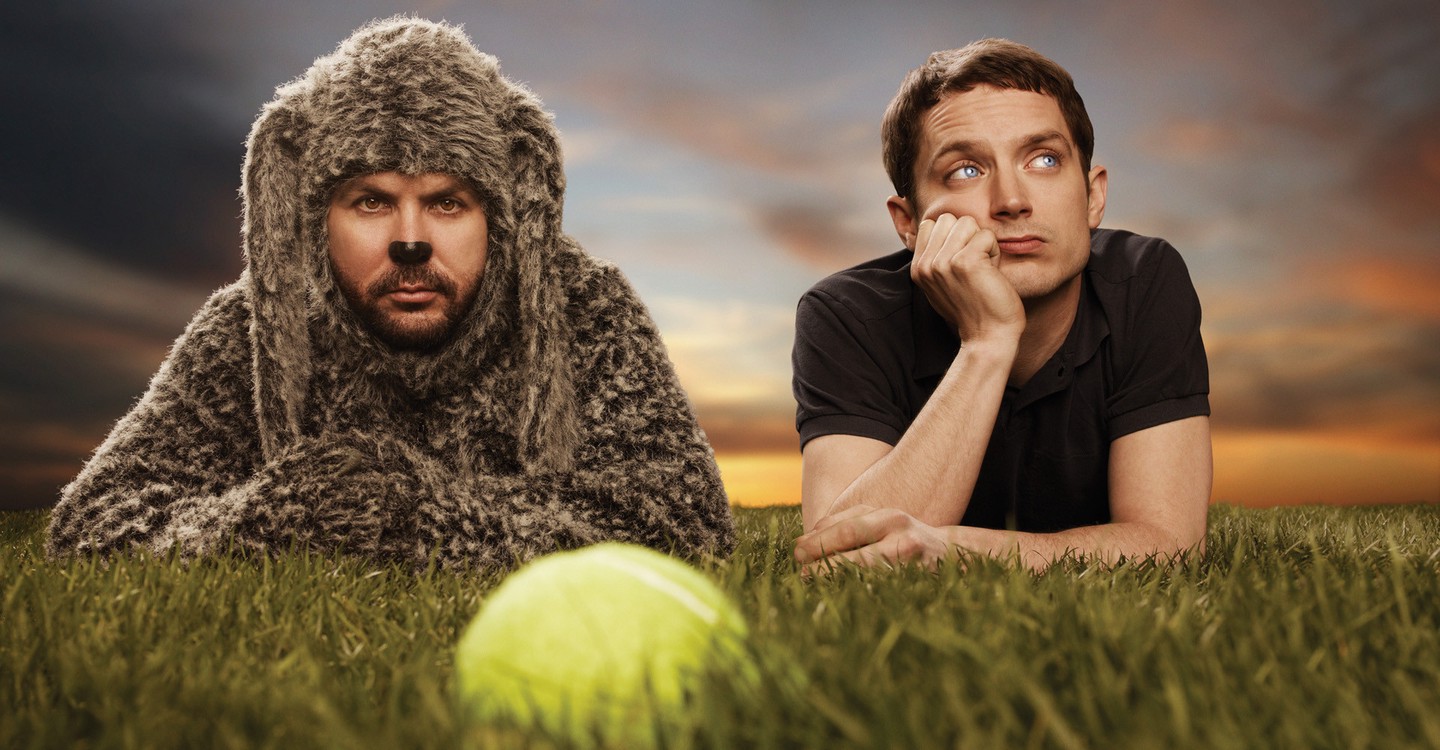 Who Is The Power Of The Subconscious In Wilfred?

The FX series Wilfred, starring Elijah Wood as Ryan and co-star Jason Gann as Wilfred, has long finished. Throughout the series, the audience questions whether or not the dog is a real being. Some viewers of the show argue that he is real while other viewers agree that no, there’s nothing real about him. This show is perhaps one of the best representations of the subconscious in the comedy genre. We will observe how he is, in fact, a real being. Not existing in the objective world but existing in the subjective world. We’ll look at certain moments in the series where he reveals how he is Ryan’s Jiminy Cricket.

What Is Wilfred About?

In the pilot, the audience witnesses Ryan writing a suicide note and misusing the medication his sister prescribed him. The next day, his neighbor Jenna asks Ryan to babysit her dog. Ryan perceives Wilfred as a man wearing a dog costume. The world, however, perceives a regular dog.

The series continues as he and Ryan build a close relationship and continue to commit high-jinks that some audience members might find disturbing.

Some will argue that the person Ryan perceives is not real, because at the end of the series it turns out Wilfred was only a dog. Ryan was insane the whole time. He might be dead as well? Wilfred occasionally tells Ryan how his suicide attempt worked. The ultimate decision is for you to decide. That’s why the show is exceptional, there are so many layers of reality that there are no right answers.

Well, who’s to say that the person who Ryan sees isn’t real? The subconscious is a real phenomenon. Since Ryan wanted to kill himself, which he may or may not have succeeded in, he ended up finding the voice that he needed to pull himself from that ledge, hence Wilfred. One of the many themes of the show is self-discovery.

Is Wilfred An Imitation Of Jimmy Cricket?

If you watch the show, just imagine replacing Ryan with, Jimmy Cricket, the talking Cricket in Pinocchio. Both pairs share a relationship similar to one another. Ryan is a real boy. He carries the voice and image of a person from his childhood that tells him what he should do. The twist here is that he manipulates Ryan into satisfying his wants, such as getting a dog house or getting a bone. At the beginning of the series, Wilfred is regularly a manipulator.

If you think of the subconscious — since Ryan tried to kill himself — Ryan’s not on real good terms with his subconscious, hence the manipulation. Wilfred likes to lie to Ryan and reveal the truth in the form of lies. Around season three, the audience starts to see Ryan control Wilfred more by having a better understanding of himself.

Adding Realism Into The Mix

If viewers rewatch the series, imagine Ryan alone without Wilfred, viewers can see how the show becomes dark. Ryan, in fact, stole from the neighborhood and blamed it on a homeless person. Ryan was the one who kidnapped all the cats in the neighborhood. For every bad action that Ryan does, his subconscious — the talking dog — is explaining to him why he is doing the action he’s doing. Here’s an example: Jenna asks Ryan for an interview with Ryan’s father.

Ryan says no and Wilfred says,

Where Does Wilfred Reveal Himself As The Subconscious?

In the pilot, he reveals Ryan’s secret in wanting to kill himself. Ryan asks how he could possibly know, so Wilfred replies,

“Because I am you, we are one mind, AHH, I’m just messing with you, I read your little snuff letter while you were passed out.”

In the series finale, Ryan meets his real father and his father reveals how he was the leader of a cult that worshipped dogs. The Good God was played by Richard, the guy the audience sees as Wilfred, and Ryan only encountered Richard before being separated by his real father. Meaning Richard/Wilfred is manifested from a person from his childhood who tried to tell him how to live a good life.

In S4, E9, the real dog Wilfred dies of old age. Ryan stops seeing him and starts missing him. After some time, he comes back and explains how he’s a part of Ryan,

“Maybe you can pay attention to the wisdom your best mate has to offer.”

After that, Wilfred and Ryan talk about where he goes when Ryan doesn’t see him. Wilfred says,

“Sometimes I check out your hippocampus and see what I can find.”

They spent the rest of the episode talking about Ryan’s forgotten memories.

Add The Subconscious Layer When Watching The Series

If viewers watch Wilfred through the lens of psychology, the show will hint at how he is a part of Ryan. Sometimes Wilfred and Ryan say the same words at the same time. He has characteristics that Ryan possesses, such as a love for Matt Damon movies. The writers like to use psychological terminology, such as Wilfred hanging in the “hippocampus.” Not to mention that the show is comedy gold. A guy seeing another guy in a dog costume, who thinks of this stuff? You can find this show on Hulu.