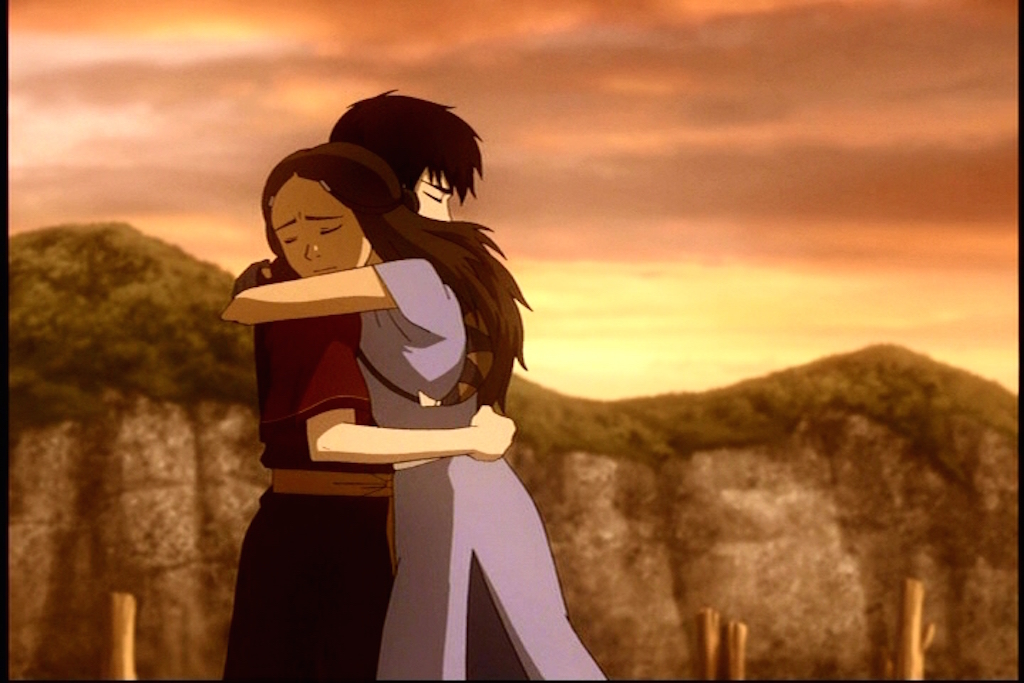 Why Zutara Should Have Happened

Balance. Harmony. Saving the world. Netflix’s recent announcement of their upcoming live-action web series remake of Avatar: The Last Airbender has the original show on my mind. Zuko and Karata, or Zutara, demonstrate the power of forgiveness through separate journeys that bring them closer together by the end. I’ll admit that when I was a kid I was a major Kataang proponent.

But now, I’m less satisfied with the ending. Zuko and Katara had a complex, emotionally charged relationship throughout the series. All the ingredients that make a great fictional relationship are there: the symbolism, the character development, and the foreshadowing. Every time I re-watch Avatar: The Last Airbender, I am left wondering, why is Zutara not canon?

Zuko, crown prince of the Fire Nation, banished and dishonored by his own father, undergoes the most radical moral transformation, from the very first episode to the much-anticipated finale. His character development is galvanized by his constantly evolving relationships with other characters such as Iroh, Azula, Aang, and Katara, the last living waterbender from the Southern Water Tribe. Zuko and Katara’s dynamic underscores the idea of finding harmony and balance through opposing forces and is a constant theme in the show.

Zutara is one of many symbols of yin and yang, in their opposing bending abilities, but also in their moral journeys. Zuko is portrayed as a villainous character with good inside him: Captain Zhao’s foil story arc to his in the first season shows how Zuko has the potential to change, but he has a long way to go. Zhao is a Fire Nation captain competing directly with Zuko during season one for the Avatar’s capture. His narrative purpose is to highlight Zuko’s chances for redemption by committing irredeemable acts himself. Katara is a virtuous character who later shows us her dark side, in her ferocious waterbending skills, but also in her moral struggle over bloodbending in The Puppetmaster.

Zuko and Katara’s reconciliation in The Southern Raiders near the end of the third season represents more than just the Avatar’s team (affectionately referred to as the Gaang) achieving harmony; it represents forgiveness that restores balance to a war-torn world, much like the lovers Oma and Shu, the first earthbenders.

In Avatar, opposites not only attract but complement each other. Arguably the most important thing I learned from Avatar: The Last Airbender was that our differences make us stronger. Zutara’s differences make them fair enemies, but even more compelling friends. The end of the first season contrasts Zutara as worthy adversaries for each other since Katara has mastered waterbending.

During the season two finale, an opportunity presents itself to both Zuko and Katara, imprisoned beneath Ba Sing Se, the now Fire Nation occupying the capital city of the Earth Kingdom, together. Katara hesitantly takes the opportunity to trust Zuko after learning about the loss of his mother. This is one similarity that allows for an undeniable sense of empathy between the two of them.

This is Zuko’s first opportunity to make the decision to turn away from the Fire Nation’s violent regime. He almost takes it, until he is offered everything he has ever wanted since he was a child. His father’s love and acceptance were too appealing to pass up, and who can blame him? Abused children often blame themselves It is not until The Day of Black Sun: The Invasion that Zuko rectifies this decision by facing his father and turning his back on his family. Then later, after he has joined the Gaang, he finds a new sense of purpose that fuels his bending.

Still, Katara doesn’t trust Zuko. Of course, she doesn’t. She began to trust him in Ba Sing Se and he turned on her. Azula nearly killed Aang, and the Fire Nation captured Ba Sing Se. Perhaps she blames herself for the fall of the city, for letting her guard down. It takes a life-changing field trip with Zuko in The Southern Raiders for her to forgive. Not the man who killed her mother, but Zuko, who has shown that he has changed.

The Future Of Zutara

After re-watching the series many times as an adult, I feel more and more confused. After all this, why was Zutara not canon? It feels like the only string left untied by the finale. We’ll see what creative changes are made in Netflix’s upcoming remake, but for now, we must be content with their strong friendship born out of forgiveness and reconciliation.