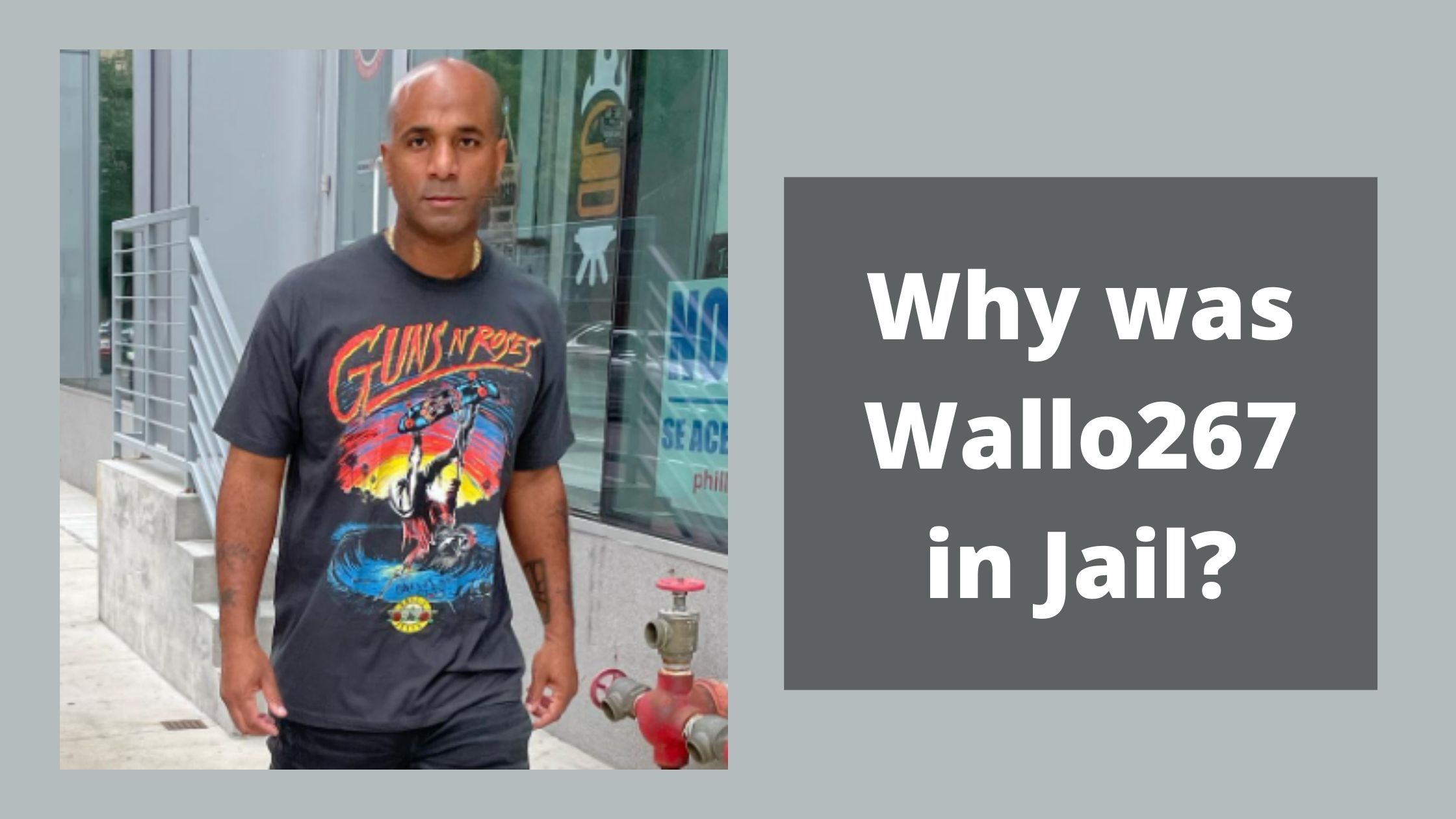 After a huge setback, he pulled himself together and has been working as a social influencer, activist, and marketer. He has his own line of merch, videos, and over 1.6 million Instagram followers.

He was continually in and out of juvenile jail for petty charges as an adolescent. But eventually, he was sentenced to 20 years of prison time for armed robbery. He served his time in the Pennsylvania Department of Corrections.

How old is Wallace Peeples?

He is 42 years old at present (2022). He was released from prison when he was 37 years old, and from that moment onwards he decided to change his life for good.

Why did Wallo change?

While serving his time, he turned into a voracious reader that opened up his mind. He also used to go and interview new inmates about what was happening in the world. Once he was out of prison, he decided to fix young minds.

What does Wallo do now?

Having a huge social media following, he has partnered with brands like Puma, Global Citizen, NFL Network, and more.

He is also the co-host of the podcast ‘Million $ Worth of Game’. He goes for Ted Talks and other motivational speeches around the globe.

Has Wallo written a book?

He announced the pre-booking of his autobiography titled, ‘The Mind of Wallo267’ in 2020. He writes about his experiences in prison and how he shifted gears in great detail.

Are Wallo and Gillie related?

Yes, they are first cousins and have been part of each other’s lives since residing in Philadelphia. When Wallo was in prison, Gillie was building his image as a rapper. A

fter being reunited post his release, they came together to host the hip-hop podcast ‘Million $ Worth of Game’.

How old is the rapper Gillie the Kid?

He is 38 years old presently as he was born on 1st January 1984. His real name is Nasir Fard and he is known to have ghostwritten for some of the biggest independent labels. He has been in the industry of Philadelphia’s underground scene for th longest time.

What is Gillie the Kid’s net worth?

As of 2020, his earnings were estimated to be around 2 million dollars. His revenue may have been generated from his raps, the podcast he is co-hosting and brand deals since he has a huge social media following.

Gillie made the headlines in April 2022 for his beef with Wiz since he gave out a humorous remark about Wiz constantly posting workout videos wearing tight underwear. Wiz referred to Gillie as a ‘child’ in response to his remark.

Did Gillie the Kid write for Lil Wayne?

In the beginning of his career, Gillie used to claim that he had ghostwritten for Lil Wayne. He had tried to reach out to the rapper later but was left ghosted.

He acknowledged later that there are no problems between them and that they continue to be on good terms.

Wack 100 is a stage name for the music record executive Cash Jones. He is known for representing prominent rappers like The Game and Blueface. His public appearances include guest-starring in Mike Tyson’s podcast Hotboxin’ in 2019.

Cash Money Records is one of the biggest American Record Labels that is presently owned by the parent company Universal Music Group. Their operational headquarters are located in Santa Monica, California.

The label is primarily distributed by Republic and it has been known to sign one of the biggest hip-hop artists of the generation such as Drake, Lil Wayne, Nicki Minaj, and Birdman to name a few.

Who died from Cash Money Records?

One of the Cash Money Records artists, ‘Young Greatness’ was shot and killed in New Orleans in 2018.

His real name is Theodore Jones and he was best known for his single “Moolah” which came out in 2015. He had the opportunity to hit the Billboard Hot 100 chart.

What is Cash Money’s net worth?

Since it was set up in 1991, it has housed innumerable artists who have risen to fame. Their record is known to have a net worth of over 300 million dollars.

Founded by brothers Bryan Williams and Ronald Williams, it was known that they used up the money earned from drug trades to make it in the industry.

Who is the richest rapper?

Is Drake a billionaire?

Drake is known to have a net worth of 250 million dollars at present. This Canadian rapper initially rose to fame as a teenage actor, but his music career took off. He now has a number of Grammys to his credit and the number-one singles on the Hot Rap Songs.

Who is richer Lil Baby or YoungBoy?

They are both acclaimed rappers and have close competition in terms of earnings.

Since NBA YoungBoy has experienced a steady rise in his earnings over a long period of time, it makes him the richer rapper between the two. He has earned about 2 million dollars more than Lil Baby.

The 22-year-old has already collected over 71 plaques from the RIAA. As of February 2022, he has earned thirteen more platinum and gold certifications.

He is one of the few artists to bag a diamond-certified song. His accomplishments have been deemed historical.

YoungBoy’s videos were removed from Youtube due to legal reasons. He was facing gun charges in Louisiana and California for featuring illegal firearms and drugs in his music video. However, he was bailed out shortly and the charges against him were dropped.