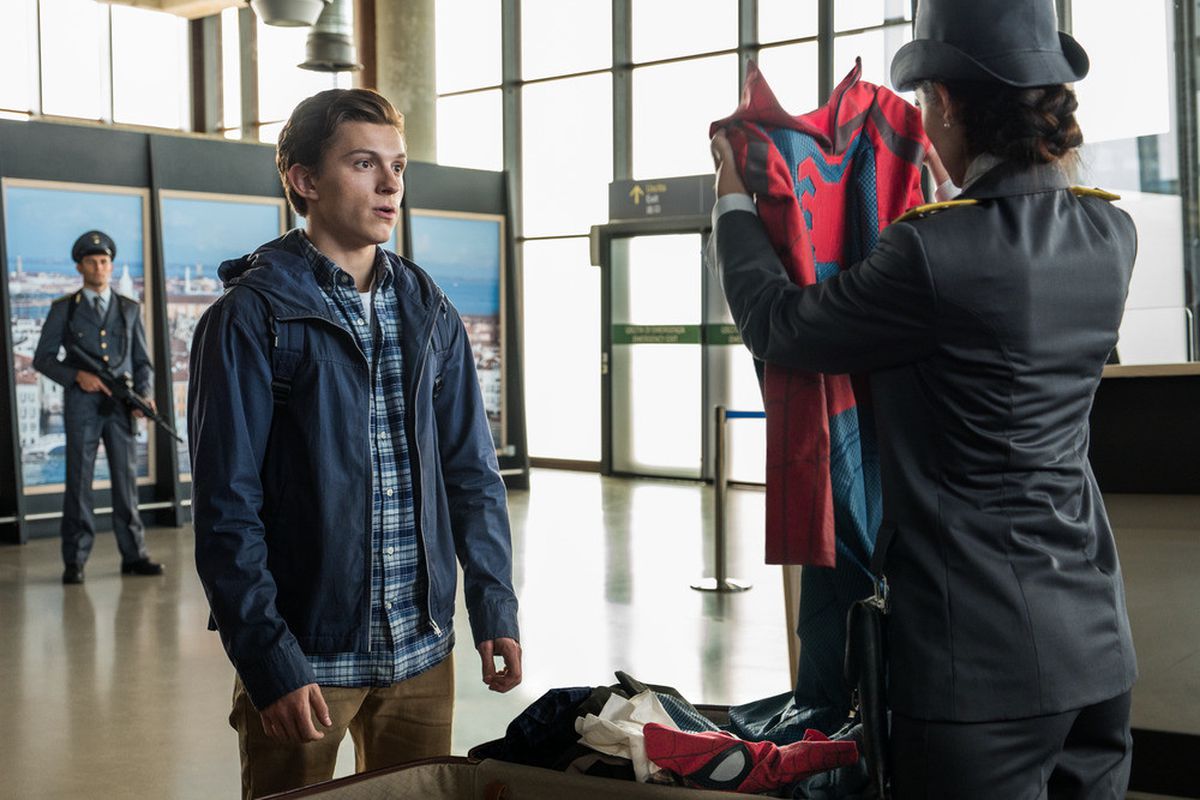 Why The MCU’s Peter Parker Is Not Entitled

Peter Parker is more than Tony Stark’s pet project. Recently, I’ve read analyses on Twitter that argued that the reason the MCU’s Peter Parker isn’t as great as Tobey Maguire and Andrew Garfield’s Peter Parker is that they struggled. He never had to fight as hard as they did. This tweeter was claiming that Tom Holland’s Peter Parker got everything handed to him on a silver platter by Tony Stark. This is… wrong for so many reasons. Let’s go over some of them.

This Peter Parker Doesn’t Have Everything

We didn’t get much of a backstory with Holland’s Peter Parker. This means we missed out on seeing Uncle Ben dying, and Peter’s reaction to it. But we do get a few things: Peter and Aunt May are still relatively low-class. Remember her car in Far From Home? Just because she works for the Stark Foundation doesn’t mean all their problems magically go away. This certainly indicates that Peter has had some economic struggles. Just because he goes to a fancy science and engineering-focused high school as opposed to a regular high school doesn’t mean much in a city like New York.

More and more, genius kids like Peter Parker enroll in magnet schools. If anything, it’s a dash of reality in a universe that is typically un-realistic when it comes to the little details. The MCU’s Peter Parker may have had little backstory. That doesn’t mean there haven’t been little hints as to his and May’s struggles. And just because you’re comfortable with your powers in your debut doesn’t mean there won’t be struggles in the future.

This Peter Parker Has To Save A Bigger World

The previous Spider-Man movies were much smaller in scale compared to Holland’s Spider-Man movies. Rarely were the stakes much higher than saving New York City…or just saving Aunt May, Mary Jane or Gwen Stacy. Maguire and Garfield’s Peter Parker existed in a much smaller world than Holland’s Peter Parker ever will. All three have the same personal goals; they all really want a girlfriend. However, the MCU’s Peter Parker has to literally save the world in both his movies (and in all of his appearances in other MCU films).

That’s a pretty big difference. It makes sense that our current Peter Parker is more than just “your friendly neighborhood Spider-Man,” even if he does feel that’s what he is. And it’s not just the movies that have caused this change — it’s the comics, too. Comics got darker and bigger in scale, with heroes teaming up regularly to save the world. It must follow that the MCU, perhaps even bigger in scale than even the comics at this point, has even larger stakes for its heroes.

Tony Stark Is More Than A Spoiled Brat

I’ve discussed, at length, about how Tony’s emotional journey is at the core of the Marvel Cinematic Universe up until the end of Avengers: Endgame. That’s why he features so heavily in these Spider-Man movies — even in death. He’s the one who started it all, and he’s the one who finished the central conflict of phases 1-3. Tony Stark is more than a spoiled brat. If he was just a spoiled brat, he wouldn’t have taken away Peter’s Spider-Man suit during Homecoming.

Remember that he just left Peter with his sweatsuit (which is what he had been relying solely on before the events of Civil War). It wasn’t Tony testing Peter to see if he could fight without his toys. It was Tony stepping up and taking “the kid” out of a game he should never have been in the first place.

Yes, that all gets reversed when Peter successfully saves the day, but he had to struggle before any of that could happen. Tony also offers him a chance to become an Avenger at the end of Homecoming — and Peter says no. Peter turns away from the life of a world-saving superhero and just decides to become a friendly neighborhood Spider-Man. That didn’t work out, thanks to Thanos, but that was Peter’s intention. Tony lets him do that.

The core relationship between MCU Tony and Peter was never about power — it was about respect. This Peter is essentially a younger Tony — but he’s a younger Tony if Tony had been more aware of his responsibilities to the greater universe at that age.

Peter Parker Is Still Himself, Even With Toys

At the end of Far From Home, Peter Parker’s secret identity is revealed. Mysterio’s final effort is to make it look like he committed some sort of mass terror attack against Tony’s tech. This isn’t true, of course. Whether or not Peter will be able to prove it is something else entirely. Even if he proves himself innocent, he is now out as a superhero. His secret identity has been revealed for the world to see. This is not good for our Spider-ling. The struggles for this Peter Parker will only continue as we progress further into his story and into the future phases of the MCU.

The MCU’s Peter Parker isn’t entitled. He’s a complicated character with powerful friends, in an extremely massive, extremely dangerous universe. The effects of being “dusted” still linger, as does his father’s figure’s death. He’s been handed the mantle of the next hero of the universe. It’s his choice whether or not he chooses to take it. Maybe there lies the secret of this Peter Parker: with great power, comes great responsibility. It’s all about what you choose to do with it.