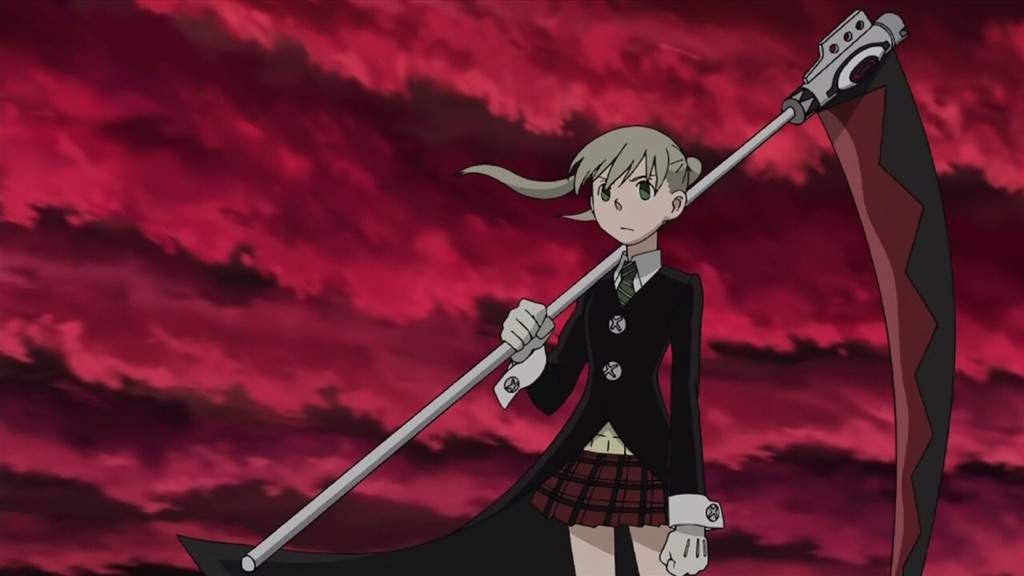 Manga magazines rely on this marketing with names like Shonen Jump and Shojou Beat. But despite the marketing divide, shonen manga and anime appeal to fans outside of the target. A large number of shonen fans are women but rarely do women get the leading role in these series. By continuing to limit their types of protagonists, shonen anime is limiting its potential storytelling and its representation to a good amount of its fanbase.

Though few and far between, there have been shonen anime with female leads.  Like with most shonen anime, these are primarily action series. Many of the female-lead shonen series were quite popular and well received. This proves that the majority of shonen fans will accept a female lead if the significant components of shonen are present in a creative and interesting story. However, shonen anime continues to primarily feature male protagonists.

Soul Eater was serialized in the manga magazine Shōnen Gangan, then became a popular anime. The series includes characters who can turn into weapons, and there are characters who wield them. Together, they form pairs or teams that battle the supernatural. Maka is the protagonist, wielding her male partner Soul, who turns into a scythe. Maka’s gender did not dictate the type of series Soul Eater was. Her presence as a teenaged girl was not treated like an exception going against a standard. Rather, this shonen anime’s world-building incorporated creative characters in different roles regardless of gender.

The cast even had depictions of male and female characters and avoided a lot of gendered tropes.  Maka, like a lot of the characters, felt appropriately portrayed for her young age.  She had her own arc and story and was a compelling protagonist. Soul Eater as a shonen anime with a female protagonist still gained a wide audience with its creative fight scenes and its blend of action, comedy, and bizarrely unique world-building.

Despite an older audience target, Blood+ is a shonen series with a female protagonist and antagonist. The protagonist, Saya, is a young woman who uses her blood and sword-wielding skills to fight blood-sucking monsters called Chiropterans. It is an action and dark fantasy series, with vampire-like lore on the more violent and intense end of the shonen spectrum.

Blood+ also featured an action-genre gender role reversal. Saya wields a masculine weapon and is the chosen hero character experiencing the brunt of the action. The primary male character, Hagi, is much more passive and acts as a supporting character and love interest. Even his weapon of choice, a cello case, implies defensive, while Saya’s weapon is more proactive.

Additionally, InuYasha featured a male and a female protagonist. Like Soul Eater, Inuyasha and Kagome were partner protagonists. While the series is called Inuyasha and featured the titular character, Kagome was very much the protagonist as well. Kagome was the stand-in for the audience to follow into a fantasy world. She took part in the action and incited many of the key plot elements. Though she often fell into a damsel role, she was still a central part of the action.

Kagome was one half of the protagonist’s role for the story, and as a regular human teenager encountering a magical world, she was the character meant to be the most relatable to the audience. This reverses the usual dynamic in shonen anime. InuYasha broke through shonen and shojou boundaries by having elements from both sides of the anime binary. It was an adventure story, a romance, had plenty of action, and its art style sat between angular and dynamic shonen and the softness of typical shoujo artwork.

Inuyasha is an example of how looking outside the expectations of shonen allows for variety in creating stories that resonate with many types of fans. Inuyasha himself took on the stereotypes of many female characters in action series. He was the otherworldly love interest who embodies an unfamiliar realm for the relatable protagonist — Kagome — who is supposed to be the bridge between the normal world and the fantastic. However, unlike many female characters who are in the same position, Inuyasha remained the primary source of the action in his series.

A slight change in character dynamics potentially opens up a new range of relationships to explore in stories. Moreover, there is an opportunity for new perspectives previously unexplored in shonen anime. Series like Full Metal Alchemist, Bleach, and Attack on Titan introduce complex female characters to the genre. Many of these characters could have been the protagonists of their own stories. Action series generally look over the points of view of female friends and love interests, sisters, mothers, and other perspectives with potential stories. By giving different characters the spotlight, shonen anime can explore more stories for both male and female characters instead of rehashing the same limiting roles.

While there is a gendered divide in the marketing of manga (like most things in the world) there is much fan crossover. Despite target audiences, both the shonen and shoujo series appeal to people of all genders. Shonen anime has more action, and that appeals to many girls as much as it does to the targeted boys. These genres of shonen anime are opportunities for depicting strong female characters in a traditionally masculine media world. With well-written women already in the shonen world, there is great potential for more awesome action women in the leading role.

Undoing Past Issues For The Shonen Audience

While many series have made progress in their treatment of female characters, there is an abundance of tropes and stereotypes in shonen anime that leads to negative associations with female characters. For example, the fandom of the popular anime Naruto generally despised the leading female ninja, Sakura.  This was not entirely due to sexism, but understandable frustrations with the result of unchallenged gendered expectations.

For the first part of Naruto, Sakura’s character arc revolved around romance and her rivalry with another female ninja, Ino. A key theme in Naruto is growth, so it makes sense that Sakura starts off naive and boy-crazy, but her starting place is notably less grand than her teammates, Naruto and Sasuke. Sakura’s character is a third wheel to the real conflict of the series between Sasuke and Naruto. Because of the lack of purpose with Sakura’s character initially, her character endured many arcs of taking no initiative and being dead weight to the series.

Later, the series did give Sakura an arc that moved away from damsel and love interest stereotypes. But for a while, she was not only seen as unlikeable, but unnecessary to the action-packed plot. She was described as notably less experienced and with fewer stakes than her male teammates.  This is an indicator of a problem some female characters have had in shonen. At times, their presence is a distraction from the plot.  When female characters are in leading roles, the action is built around them. This gives better writing opportunities for representing female characters without having to characterize them by their relationship with male leads.

There is an argument for most action media that the protagonist should be male because young boys will not be able to attach to a female protagonist.  This argument makes its way into most action-based media around the world (the lack of Black Widow merchandise for Avengers, for example.) However, female fans are able to attach to and enjoy these male leads, and the other way around. At the end of the day, a good character is a good character. Part of enjoying fiction is connecting to many different types of characters.With the large casts shonen anime usually hosts, there is plenty of room for diversity.

Shonen Should Be An Anime Genre, Not A Restriction

As media continues to change and evolve with society, so too should the expectations of genre-based stories.  Shonen anime has already incorporated more female characters without restricting them to only fill the role of damsels or love interests.

Instead of removing women from the action, shonen series have had many cases in which the story thrives with women in action. Female fans should be able to see themselves in characters without having to go to shoujo anime. As some shonen series have had female protagonists in the past, and many more have made positive strides in their supporting female characters, there is no reason not to widen the range of protagonists in shonen anime.