Some fans are lucky enough just to get one season without a continuation. However, there are moments when an anime gets more seasons but not enough to completely adapt its original source material. The latter is the case for the Full Metal Panic! franchise.

Full Metal Panic! (FMP!) is an anime adaptation of Shoji Gatoh’s light novel series of the same name. It ran in Gekkan Dragon Magazine in 1998 which published the series through Fujimi Fantasia Bunko.

In 2008, FMP! won first place in the Kono Light Novel ga Sugoi! ranking under the “Best Light Novel” category. Tokyopop licensed the light novels in 2007 for US publication but only released the first five volumes before shutting down in 2011. Gatoh’s light novel series ended in 2011 with a total of 12 volumes

In 2002, FMP! received a 24-episode anime series from Gonzo Studios. Unsurprisingly, the anime’s popularity led to Kyoto Animation producing a 12-episode spin-off called Full Metal Panic? Fumoffu in 2003. Kyoto Animation then made a sequel to the original series, Full Metal Panic! The Second Raid (FMP! TSR), in 2005 with 13 episodes. They also created an FMP! TSR OVA in 2006.

After FMP! TSR aired, fans wondered whether a fourth season would be released to continue adapting Gatoh’s work. However, it was not until in 2015 that an official announcement was made. It revealed that the FMP! franchise would receive a new season.

The Plot of Full Metal Panic!

The Full Metal Panic! franchise follows 17-year old, Sergeant Sousuke Sagara. He is part of a private military organization called Mithril which specializes in counter-terrorism acts around the world.

Mithril’s mission also focuses on protecting unique individuals known as “Whispered.” (A “Whispered” is someone born with the knowledge and ability to create advanced technology.) One “Whispered” Mithril wishes to protect is Japanese high school student, Kaname Chidori.

Mithril fears Kaname will be kidnapped by evil organizations that will use her powers to create weapons. Therefore, to ensure her safety, Sousuke is assigned to protect her. However, in order to do this, he must go undercover as a high school student. Panic ensues as he tries to balance his high school life with his mission to protect Kaname from global threats.

The Characters of Full Metal Panic!

The main character of the franchise, Sousuke Sagara is a sergeant within Mithril (a private military organization). He is 17 years old and has lived his entire life on the battlefield. Mithril assigns him to protect Kaname Chidori from evil organizations trying to kidnap her.

He goes undercover as a student but continuously fails in adapting to normal life. He considers everything a potential threat which causes panic at the school whenever he overreacts to the simplest things. His lack of common sense is behind most of the comedy this series provides.

While he is clueless at school, on the military field, Sousuke is a skilled mecha pilot. He is capable of taking on any mission and is also a weapons expert. Sergeant Sagara removes all emotions while piloting his mech and only considers the mission’s success. Despite his appearance, Sousuke has a dark history. He is willing to do whatever it takes to complete a mission, even take a life.

Kaname Chidori is a 16-year-old high school girl with a fiery personality. She is a “Whispered” which makes her a target for evil organizations trying to kidnap her. At the beginning, she is unaware of Sousuke’s reason for following her everywhere. (She considers him a stalker at first.) However, she soon finds out that he is protecting her to keep her “Whispered” powers out of the wrong hands.

Despite not being combat trained, Kaname is a strong character. She is able to instill fear into Sergeant Sagara through her anger alone. Chidori is class representative, making her the one responsible to clean up after Sousuke’s mistakes. While she initially dislikes him, Kaname learns to trust and care for Sousuke. Nevertheless, Sousuke’s constant screw-ups make Kaname yell  and beat him for his lack of common sense.

Tessa is the 16-year-old captain of the submarine Tuatha De Danann, one of the main headquarters of Mithril. She is also Sousuke’s commanding officer. Like Kaname, she is a “Whispered” and uses her powers to assist in Mithril’s counter-terrorism efforts. Despite her young age, she is a capable captain who always places her crew’s safety first. However, she is also very clumsy, which is a running gag throughout the series. These moments often cause people to question her leadership ability, but her determination stops those thoughts quickly.

At first, the season is comedic with the ridiculous lengths Sousuke goes to keep her safe. His efforts go from stalking her everywhere to holding whoever he sees as suspicious at gunpoint.

After the first few comedic episodes, the season reveals the danger Kaname faces by introducing the terrorist organization, Amalgam. This organization is Mithril’s main enemy and wishes to kidnap Kaname to use her “Whispered” powers. Amalgam shows how serious they are in capturing Kaname by hi-jacking planes and releasing mechas into civilian streets. The danger is real and ever-present. It is up to Sousuke to ensure Kaname remains out of Amalgam’s hands.

Full Metal Panic! season one combines different genres. It is difficult to label FMP! as anything specific. The series features the genres of mecha, action, comedy, romance, etc. and balances each one extraordinarily well.

Full Metal Panic? Fumoffu is based on Shoji Gatoh’s spin-off, light novel series, Full Metal Panic! Tanpenshuu. It is a comedic, spin-off anime of FMP!. Unlike the original series, Fumoffu focuses on the hi-jinks that ensue while Sousuke protects Kaname at school.

This season shows viewers the dilemmas everyone endures when attending school with Sousuke. The comedy ranges from Sousuke being in a hilarious police chase to him setting off explosions at school.

Honestly, this season does not affect the main plot of FMP! at all. (It’s like its own series.) All the high stakes the first season sets up are completely thrown out the window. It portrays the sheer insanity a military nut like Sousuke brings to civilian life. However, while it substitutes plot for comedy, Fumoffu is a series worth watching just for the laughs.

Full Metal Panic! The Second Raid adapts the fourth and fifth volumes of Gatoh’s original light novel series. (This is the third season released but part two of the original series.) By far the darkest season, FMP! TSR follows the characters three months after the events of the first season.

Mithril withdraws Sousuke from his role as bodyguard, leaving Kaname to fend for herself. With no support, she uses everything she learns from Sousuke to try to survive Amalgam. During this time, Sousuke finds himself with his own internal dilemmas. He is split between performing his Mithril duties and wanting to continue his normal life with Kaname.

This season dives deep into the mind of each character, laying bare their worst fears. It is full of nail-biting and suspenseful action which gets across the real risks Kaname faces every day. FMP! TSR removes every trace of humor found in portions of the first and all of the spin-off season. Overall, the stakes are high which is why the atmosphere matches.

The FMP! TSR OVA follows Tessa waking up in the Tuatha De Danann without any memory of the night before. She realizes she cannot find her favorite plush toy and goes looking for it throughout the submarine. During her search, she runs into members of Mithril’s crew and pieces together the events of the previous night.

Full Metal Panic! Invisible Victory animates books seven through nine of Gatoh’s series. It is the latest season to be released for the franchise.

This season begins with a bang, showing the high stakes in store for Kaname and Sousuke. Amalgam pulls out all the stops in their attempts to capture Kaname. They cause black-outs throughout the world; cripple Mithril (which leaves Sousuke without back-up); send mechas to Kaname’s city; and place bombs throughout her school. Eventually, Kaname gives herself up to save Sousuke and her classmates.

Unfortunately, FMP! IV slows down after the first few episodes, mostly dedicating itself to Sousuke’s search for Kaname. However, the plot quickens near the end when he locates her. Sadly, they are soon forced apart again by Amalgam. The series ends with them promising to reunite in the future, leaving fans at a cliffhanger.

While nowhere near as dark as FMP! TSR, season four is a close second. Where FMP! TSR focuses on all the characters’ internal struggles, FMP! IV dedicates itself mostly to Sousuke. He is placed through so many trials in order to find Kaname; the season feels almost sadistic.

While many fans would be content with their favorite series having multiple seasons, FMP! fans want a conclusion. After waiting 13 years for a continuation, Xebec Studios provides them with Full Metal Panic Invisible Victory. However, contrary to what fans were led to believe, this season did not finish adapting Shoji Gatoh’s light novels.

During an Anime News Network interview, Shoji Gatoh reveals the anime would adapt volume six of his series and onward. The anime’s official website even released the image below showing events that take place in volume six. However, fans were misled as FMP IV did not feature anything from volume six.

There was also a delay in the anime’s release, causing fans to believe the series would be 24 episodes. (Since it takes more time to create a 24-episode series.) However, the season was advertised as only 12 episodes, nowhere near enough to adapt the rest of the novels. (To add insult to injury, season four featured two clip-show episodes which took away chances to further adapt Gatoh’s series.) Fans are left again in limbo regarding Full Metal Panic!’s status as FMP! IV ends with the vague message below.

Why Season Five Is Important

Full Metal Panic! Invisible Victory leaves fans on a cliffhanger. This may not affect Japanese fans (since they have access to the light novels) but for US fans this cliffhanger is brutal. As previously stated, Tokyopop canceled the light novel’s publication in 2011 when they went under. Therefore, US fans have no way of knowing, outside of an anime adaptation, how FMP! ends.

While FMP! IV was nowhere near terrible, it was still disappointing. Fans waited so long for a conclusion but just got another cliffhanger. Gatoh and Xebec Studios misled fans on how much the new season would adapt.

Therefore, it is no wonder why fans feel so cheated. Regardless of the franchise’s number of seasons, it is saddening to be promised one thing and given another. That is why a season five is necessary to amend the situation and provide a conclusion to an amazing series. 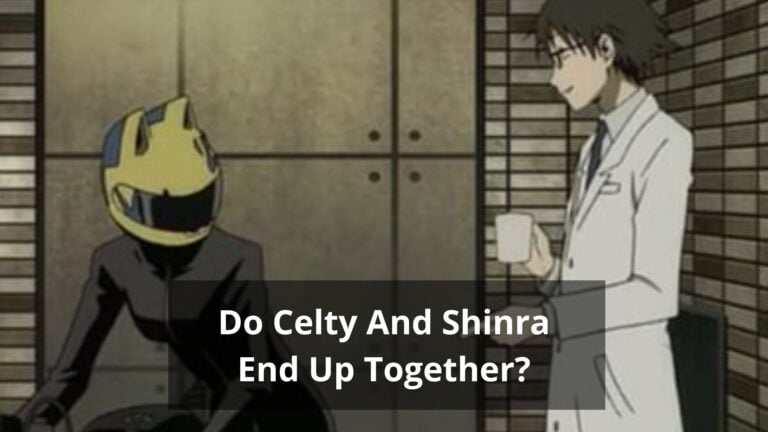 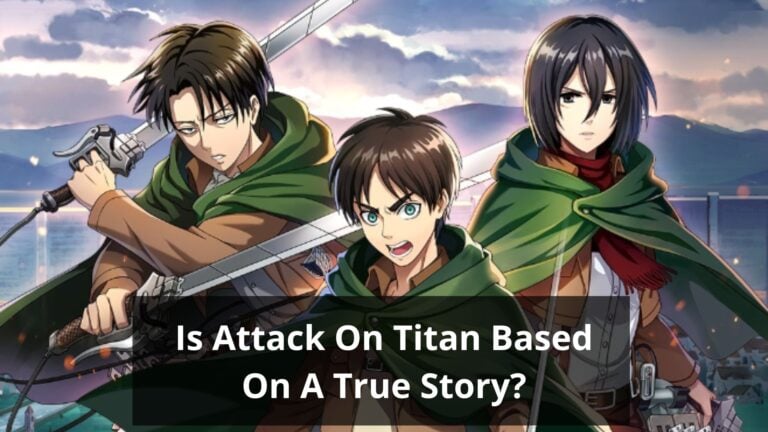 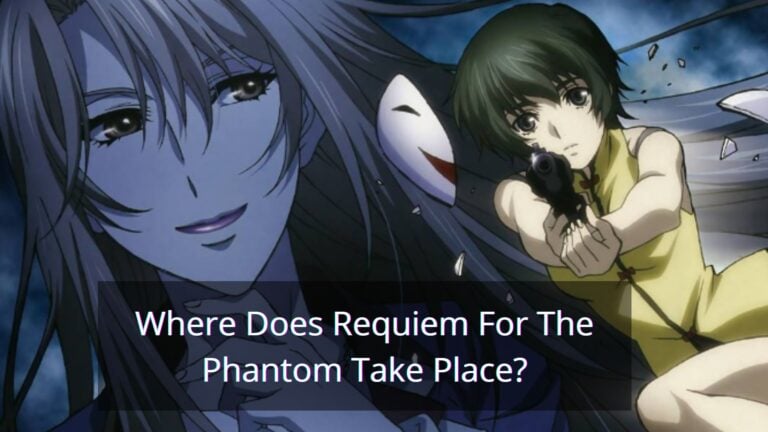 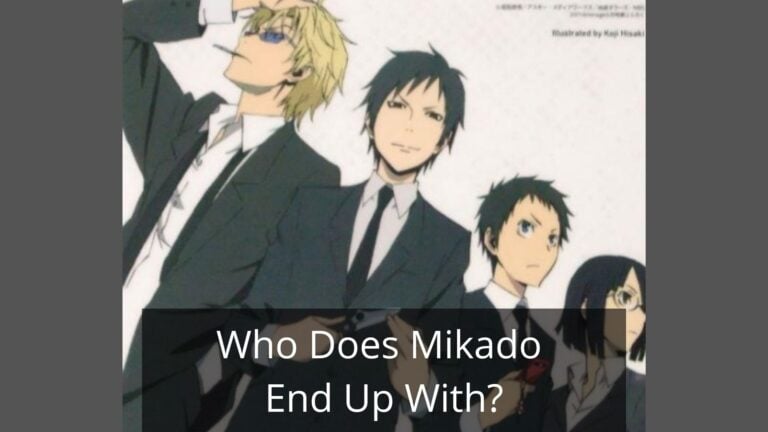