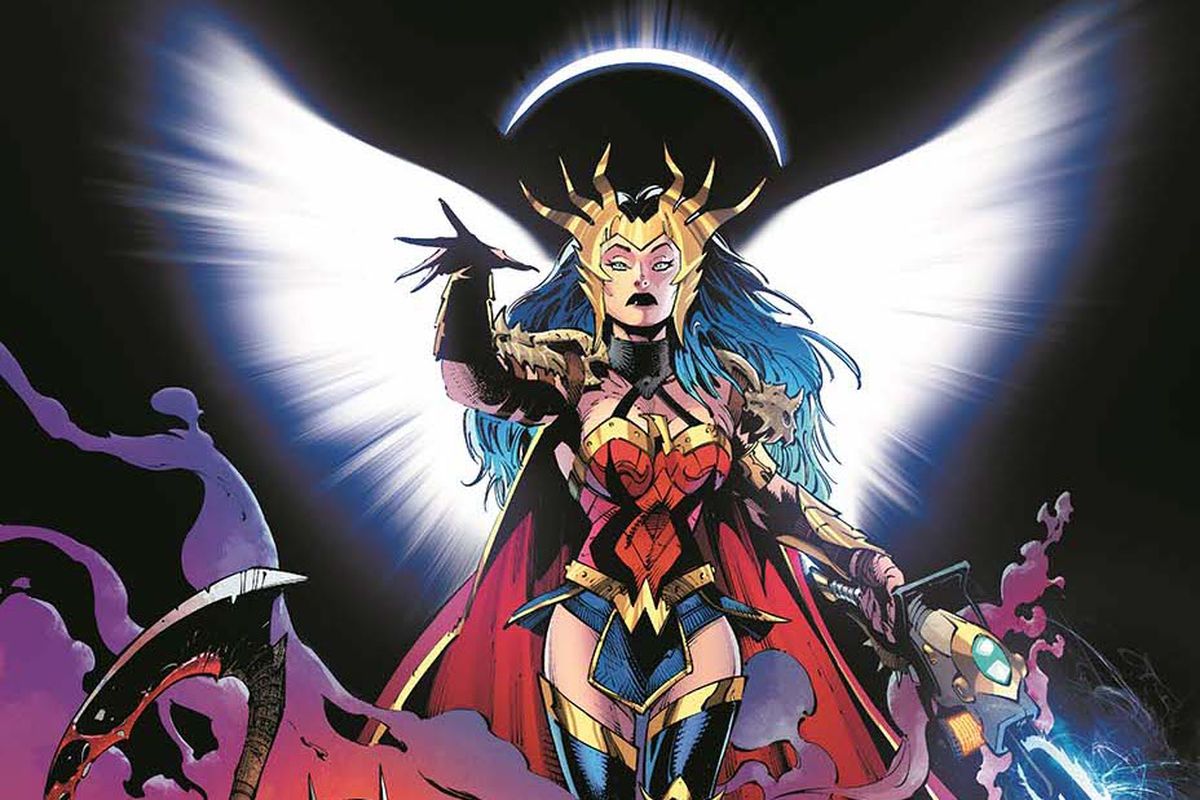 Who Is DC’s Wonder Woman?

Compassionate and determined, Wonder Woman serves as a symbol of truth, justice, and equality to the individuals she inspires. Not only does she hold her own in the male-dominated profession of heroism, but she has earned the title of being one of the most beloved DC Super Heroes of all time. The significance of the culture surrounding us is so great, and it’s integral to understanding why.

The Creation Of Wonder Woman

Wonder Woman has gone through multiple reboots in which her origin story and missions differ from one age to another. She made her first appearance in All Star Comics #8 and would continue into Sensation Comics #1. Her introduction from All Star Comics #8 showcases the character she was destined to be:

“At last, in a world torn by the hatreds and wars of men, appears a woman to whom the problems and feats of men are mere child’s play.”

Princess Diana of Themyscira is a half-god, half-mortal super creature who embodies physical strength along with mental fortitude. Her classic and iconic outfit included a gold tiara, red bustier, knee-high boots, and blue bottoms. Much of Wonder Woman’s background attributes to Greek mythology, with her character overview being that she’s:

Beautiful as Aphrodite, wise as Athena, swifter than Hermes, and stronger than Hercules, Princess Diana of Themyscira fights for peace in Man’s world.

Diana’s superpowers are pretty badass! She has super-strength, invulnerability, flight, combat skill, combat strategy, superhuman agility, healing factor, and magic weaponry. Her Lasso of Truth compels anyone wrapped in it to speak the truth; she also wears bullet-repelling bracelets to complete her look and aid in defense.

The Trials & Tribulations Of An Amazonian

Diana trains and grew up on the secluded island of Themyscira inhabited by Amazon warrior women. The island would also become known as Paradise Island. Wonder Woman’s birth came through the sculpting of her mother, Hippolyta, along with thunder and her mother’s blood. American pilot Steve Trevor gets into a plane crash and ends up washed unconscious ashore on Paradise Island. Steve heals from their advanced medical technology. However, the Amazons continue to be cautious after Steve informs them of violence in Man’s world.

This is where Diana’s Greek origin really shines through; Steve’s arrival prompted Hippolyta to realize that Ares, God of War, must still be walking amongst the world of men. Hippolyta decides that the only way to correct Ares would be to send an Amazon champion back into Man’s world. She announces a battle royale so that a champion can be found. Diana volunteers in the battle, and eventually wins and becomes “the island’s gift” to Man’s world.

The Mind Behind Wonder Woman

Wonder Woman has the credibility of being a well-loved hero from the DC Universe, and on top of that, is one the first leading female superheroes in comic books. Harvard-educated psychologist William Moulton Marston created Wonder Woman. He’s also credited as the inventor of the lie-detector test. Pretty cool parallel to Wonder Woman’s ‘Lasso of Truth,’ right? Marston’s creation of Wonder Woman wasn’t one solely for entertainment, however. He believed that women were mentally stronger than men and believed that women would eventually come to rule the U.S. You can see this in the way in which Diana grew up — an island that only female Amazon warriors could reside in.

Marston believed that there needed to be a strong female superhero in the world. In order to inspire girls, it’s necessary to create a feminine and empowering character. Wonder Woman is a character that not only embodies the strength of her male counterparts but continues with so much more. Wonder Woman created a standard of what a strong, free, and courageous woman looked like. In this, her creation and character ultimately defied the ideals of male superiority and encouraged empowering mindsets across the U.S.

Frankly, Wonder Woman is psychological propaganda for the new type of woman who should, I believe, rule the world.

What Wonder Woman Has Left Us With

Wonder Woman’s character and all the values that she stands for has withstood the tests of time. This is in multiple adaptations through which the media showcases her character. Examples of this include more modern cartoons such as DC Superhero Girls or the more recent 2017 live-action Wonder Woman. Before Wonder Woman, there were very few lead female characters in comic books, if none at all. Comic books typically include lead male characters, and women in these comic books are illustrated through the eyes of men. Whether that be the ways in which men thought that women spoke, behaved, or acted. Comic books, though incredibly creative, were also seeds for planting stereotypes of women and further encouraging a patriarchal society.

Not only is Wonder Woman powerful, but she is also attractive and alluring. She’s a character that is beautiful but also badass, showing that femininity can also be a powerful trait. Wonder Woman is a sexualized character, yes, but to be unafraid of your body and to instead find confidence in it isn’t something that should be downplayed. That same body is the one that fights like a warrior and finds victory on the battlefield. She shows women that we can choose to be both powerful and beautiful.

Whether you choose to be one or the other is up to you, but the choice still remains yours. To be one doesn’t limit you from being the other. Society, nor any man, should dictate how you should behave or what you should do with your body. Wonder Woman defies those archetypes. She became a symbol of hope and empowerment for everyone. She gives hope to women demanding equality and for their actions to be recognized.

Along with this, Wonder Woman has recently come out as bisexual (we love to see it) under Greg Rucka’s Rebirth initiative with DC Comics along with artists Liam Sharp, Nicola Scott, Bilquis Evely, Renato Guedes, and Mirka Andolfo. Through this retelling of Wonder Woman’s origins in the “Wonder Woman: Year One” storyline, a romantic relationship between Diana and other women is illustrated.

Rucka states in an interview that “Themyscira is queer culture,” and this can be inferred through Paradise Island’s utopian society of women. Not only is she powerful, beautiful, and genuine, but she’s also bisexual too? Wonder Woman just seems to have it all and more, and I’m not mad about it. If anything, I believe that this just adds more to her character. On top of that, it adds even more intersectionality to the origin story that she deserves.

The ideals that she’s passionate about and her morals are what make her such a noble figure in the superhero universe as well. Her acts of kindness, resilience, and strength are what make her a figure to look up to. Her morals on the battlefield also emphasize how much of a force she is; she believes heavily in first going for a diplomatic approach before resorting to violence. In this, her empathy truly shows through and shows what kind of character Wonder Woman is.

What Difference Did She Make?

Wonder Woman, just from her creation alone, became a symbol of feminism for women across America. The hope that she gives isn’t just limited to that of World War II but transcends into more political movements and the empowerment of women. It only feels right to end with a quote by Wonder Woman herself, so here’s one of my favorites:

Because no matter how small an act of kindness or generosity or simple positivity you put out into the world, it will make a difference.