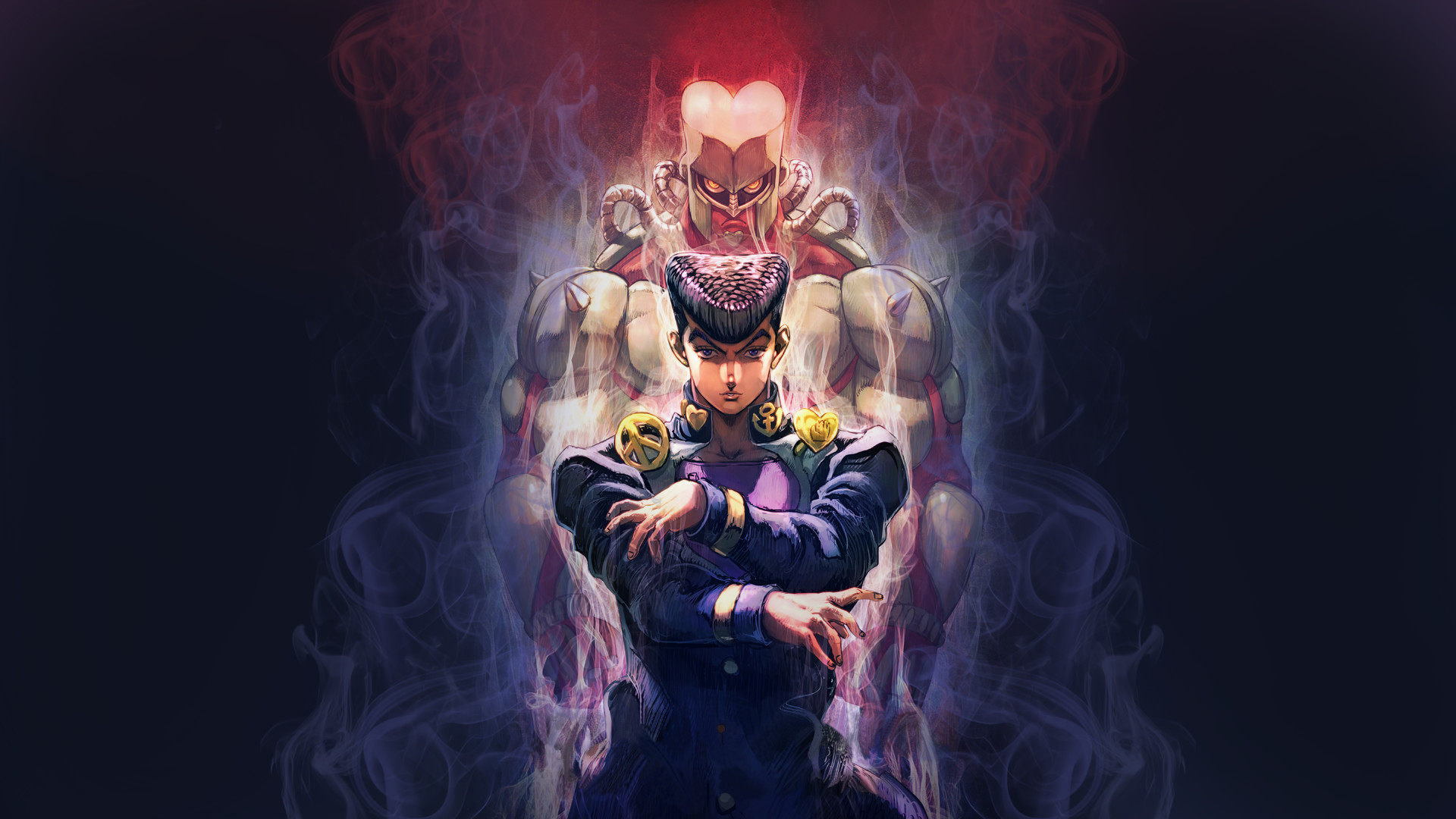 The adventure only gets more bizarre from here! In continuation with The Daily Fandom’s coverage, we now take a look at JoJo’s Bizarre Adventure Part 2: Battle Tendency.

50 years after JoJo’s Bizarre Adventure Part 1: Phantom Blood (review here), Battle Tendency follows the new JoJo, Joseph Joestar. Joseph is the grandson of Jonathan Joestar, the first JoJo. He and his grandmother, Erina, moved from England to America, under the recommendation of Speedwagon.

The story begins in 1938, Joseph (JoJo) was born with talent in the ways of Hamon. However, he knows very little in regards to his family’s history with Hamon or Dio. Unfortunately, the Joestar family’s past catches up with him when Stone Mask returns. JoJo must now take on the fight his grandfather, Jonathan, left 50 years ago. JoJo faces new enemies, the Pillarmen, who were the original creators of the mask. They wish to use the mask and a new relic, the Red Stone of Aja, to become superior beings. Through training in the ways of Hamon, JoJo prepares for a fight that will determine the fate of the world.

While there are many characters in JoJo’s Bizarre Adventure Part 2: Battle Tendency, this section will review the main players.

Joseph Joestar (JoJo) is the grandson of Jonathan Joestar (the first JoJo). Unlike his grandfather, Joseph is the exact opposite of a gentleman. He is a player, a schemer, and, at times, a down-right clown. Also, unlike Jonathan, JoJo was never officially trained in the ways of Hamon. However, he shows a natural talent for it. JoJo is the only living Joestar left, along with his grandmother, Erina.

He grew up raised by his grandmother since his parents both apparently died of an illness. He has a rambunctious attitude, never being able to stay out of trouble for too long. However, despite his troublemaking behavior, JoJo harbors the essence of the Joestar family: a desire to protect those they care about.

JoJo and his grandmother move to America from England under the recommendation of Speedwagon (who Joseph considers an uncle). Sadly, while in America, JoJo learns that Straizo (a comrade of Jonathan’s in Part 1) killed his Uncle Speedwagon. He later comes face-to-face with Straizo, who has become a product of the Stone Mask, a vampire. After he defeats Straizo, he learns about a being Straizo and Speedwagon found in Mexico, a .

This Pillarman has a connection to the Stone Mask and will soon awaken from its slumber. JoJo decides to go to Mexico to investigate this Pillarman, and while there, he learns Speedwagon survived Straizo’s attack. JoJo also meets one of the series’ main foes, the Pillarman named Santviento. After managing to defeat Santviento, JoJo learns that there are more of these beings waiting to awaken. It is then that JoJo steels himself to train in the ways of Hamon to prepare for the Pillarmen’s arrival.

Caesar Zeppeli is the grandson of Will A. Zeppeli, Jonathan’s Hamon instructor in Phantom Blood. Like his grandfather, Caesar carries on his will to end the terrors caused by the Stone Mask. He is a proud, Italian, playboy and a student in the ways of Hamon. His Hamon takes on the shape of bubbles as he layers his clothing in a special soap that conducts it.

Like Joseph, Caesar trains in order to prepare for the battle against the Pillarmen. He seeks revenge against the Pillarmen as they caused the death of his father. At first, JoJo and Caesar do not get along. (They acted more like rivals than friends.) Eventually, however, the two became close comrades. They push each other during their Hamon training to become stronger and bond over their similar family history.

Lisa Lisa is JoJo and Caesar’s Hamon instructor. She is a tough teacher who shows no mercy to her students during their training. However, her rigorous methods show excellent results at an astonishing rate.

She is the guardian of the Red Stone of Aja, the power source the Pillarmen need to become ultimate beings. Lisa Lisa explains that the Red Stone of Aja passed down from guardian to guardian until it eventually reached her. Lisa Lisa also happens to be the baby Erina saved at the end of Part 1. However, since Erina was already pregnant with Jonathan’s child, she could not take care of her. Therefore, she gave Lisa Lisa to Straizo who trained her in the ways of Hamon which she excelled at.

These Pillarmen can morph their bodies to adapt to different fighting scenarios and fuse with their opponents’ bodies. Unlike vampires who gain strength through sucking blood, the Pillarmen absorb their opponents entirely for power. However, in order to conserve their strength, the Pillarmen slumber every 2,000 years. To awaken, they need to absorb an enormous amount of blood.

The series shows four Pillarmen in total: Santviento (not pictured), Esidisi (left), Wamuu (center), and Kars (right). Each has their own mode (power element) which they use to fight. Esidisi’s mode is fire (heat), Wamuu’s is wind, and Kars’ is light. Their main objective is to acquire the Red Stone of Aja from Lisa Lisa. They wish to use their powers to become beings that can overcome the sun. While each has the same objective (become invincible), they each portray different personalities and tactics in gaining the stone.

The Red Stone Of Aja

The Red Stone of Aja is a jewel rarely found in nature that the Pillarmen need to become ultimate beings. While the Stone Mask they created makes humans better by transforming them into vampires, it does little for them. Since the Pillarmen are already immortal, they created the Stone Mask to help them overcome the sun. However, the mask itself was not enough to do this.

Therefore, the Pillarmen discovered the Red Stone of Aja. This jewel reflects light hundreds of millions of times within itself, causing it to redirect at one point. (Essentially, when the sun hits the stone, it focuses the light into a powerful beam.) The Red Stone of Aja’s ray is strong enough to pierce the Pillarmen’s brains to make them ascend in strength. (Similarly to how the Stone Mask’s barbs pierce latent areas of the human brain to turn people into vampire.)

The Pillarmen need to place the jewel inside the Stone Mask to overcome the sun. However, to do this, they need a stone with absolutely no imperfections, i.e. Lisa Lisa’s Red Stone of Aja. (That way, it will be powerful enough to withstand the sun’s rays.)

Joseph Joestar makes this series worth the watch! While Jonathan Joestar was a heartfelt hero, his grandson is “bizarre” personified. With his trickster ways, viewers never know how he plans to get out of a scrap. Some of his tactics are brilliant while others leave viewers thinking: Huh? From his “Oh No’s!” to his “Your next line is…” catchphrases, Part 2’s JoJo alone makes Battle Tendency an adventure. If you’re ready for hearty laughs and tear-jerking moments, then JoJo’s Bizarre Adventure Part 2: Battle Tendency is for you!

JoJo’s Bizarre Adventure Part 2: Battle Tendency is available for viewership on Crunchyroll, Hulu, and Amazon. To own a copy of the anime, buy from Rightstuf or Amazon. If you would like to purchase the manga, please visit Barnes and Noble, Amazon, or Rightstuf. For more animanga reviews, click here.