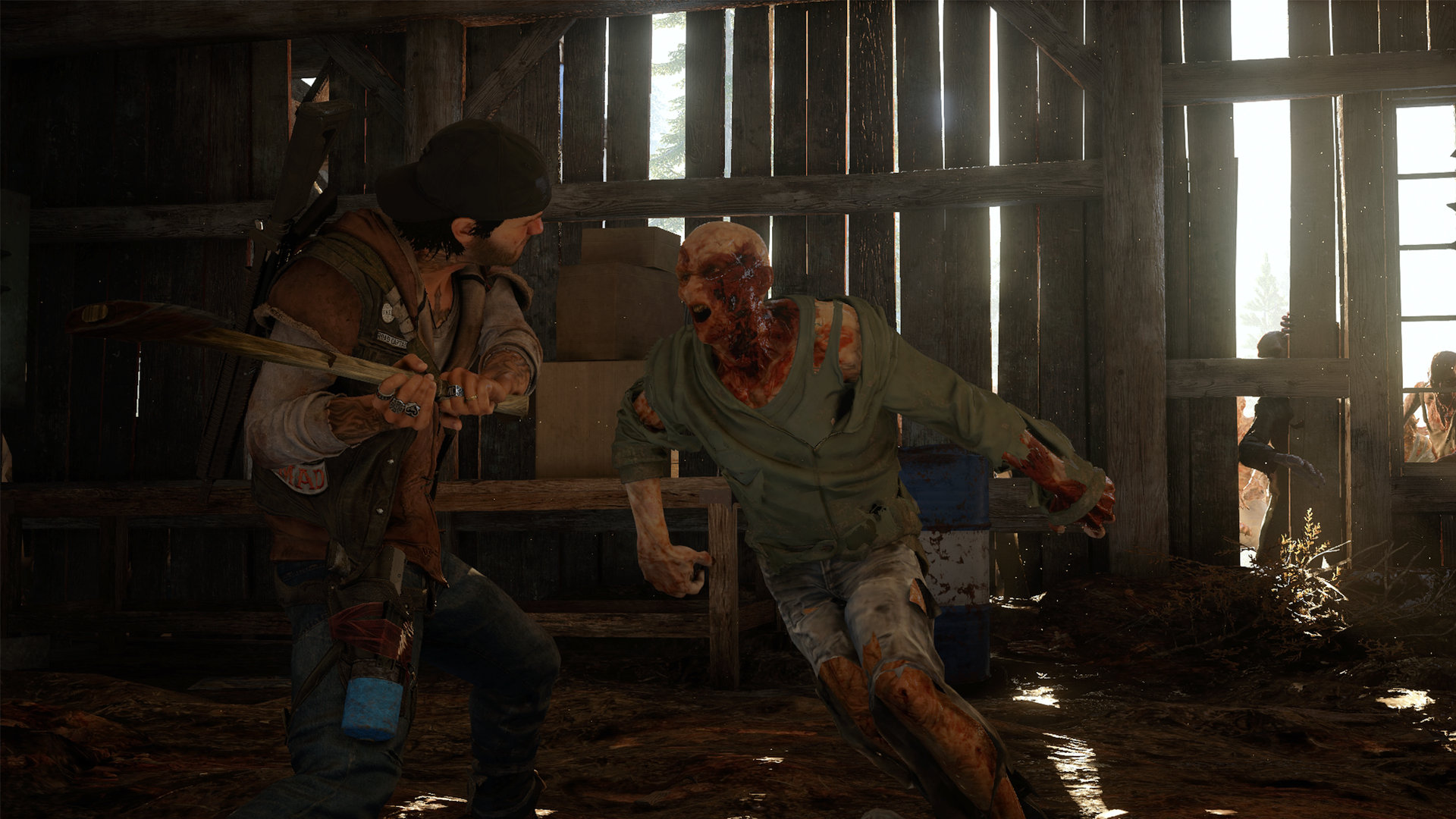 Where Does The Appeal Of Zombies Come From?

Why are zombies so cool? There are many reasons why the horror/survival genre of zombies can entice the viewer and keep bringing them back for more. For centuries, people from around the world have been infatuated with the idea of zombies. We’re going to dive deep into the psyche of fandom to find a cure for this infectious disease plaguing many audiences. Why do people like zombies, you ask? Much like the reason they like superheroes.

They can live an alternative life through these stories. Unlike superheroes, the chance of a zombie infection actually being a real thing is very plausible. (Not counting if a billionaire decided to become a real-life Batman or Ironman.)

Is A Zombie Apocalypse Plausible?

Oh, yes! You thought The Walking Dead was just a TV show? Well, what if it was reality TV? (Okay, enough with the jokes, time to cut to the chase.) The actuality of a zombie apocalypse/virus/infection is very plausible because we already have cases of similar diseases infecting animals all over the world.

Don’t Google these, they may look gross. We have warned you!

This is a parasite that affects rats and mice. This parasite prevents the ability of the mouse to detect the presence of danger in cats. In fact, it causes the mouse’s brain and senses to be attracted to the pheromones in the cats’ urine. Once the rodent is consumed, the parasite is free to live out its life cycle in the gut of the cat. There are plenty of cases of humans already being infected by this parasite. Causing a whole slew of personality disorders, including schizophrenia. There are many people who have been affected by this parasite who have not contracted schizophrenia, and many people with schizophrenia who are not infected with this parasite. Although there is a connection between the two because schizophrenia is such a complicated syndrome, it’s hard to determine the exacts of this.

It’s also known as Zombie Deer Virus, which has been known to be a serious issue since the late ’60s. The government and CDC have continually monitored CWD as a precaution to make sure it doesn’t spread across species and infect the consumable market of animals (much like mad cow disease). It has already been proven that this disease can infect other mammals like monkeys and mice with human genes (which furthers to scare the excrement out of us). It’s a wasting disease, causing the animal to lose excessive amounts of weight, become hostile and even anti-social. Avoiding creatures with these behaviors and NOT CONSUMING THEIR FLESH OR BRAINS is vital to this not spreading further.

We all know what Rabies is and what it can do (just look at poor Cujo!) This parasite can be quite frightening because it can not only infect animals, but also humans. The virus can spread through saliva, usually from scratch or bite. It makes animals — mainly dogs, bats, and occasionally humans — more aggressive, compelling them to spread the virus through biting and scratching (Sound Familiar?) Many stories ride on the coattails of Rabies being the way Zombies come to be, and they’re not that far off. Seeing as it’s quite similar in the way it affects the brain of its victim and the instinct to want it to continue to spread.

Okay, so we know that’s the common flu, right? We admit this one doesn’t create zombies, but it does have a unique effect on people when it is first contracted. In 2010, Chris Reiber, of Binghamton University in New York, and her colleagues found evidence that the influenza virus makes people more sociable. Causing people who contracted it to want to be apart of large groups of people before symptoms became apparent.

“They found that people given a flu vaccine interacted with significantly more people, and in significantly larger groups. In the 48 hours after being exposed, the infected hosts were more likely to head out to bars and parties, as compared with the 48 hours before.”

It goes to show that even the common flu wants to spread and will go so far as to affect our behavior and thinking without us knowing it. How crazy is that?!

Is Culture To Blame?

Yes, culture. Pop(ular) Culture. We’re bombarded by zombie themed everything all around us. Why? It sells. Going further to prove our love of the mindless zombified beings.

TV shows like The Walking Dead have literally created their own Fandom-following. This continues even after nine seasons (going strong) and a sub-timeline called The Fear of The Walking Dead. How could any franchise pass on this cash cow? Even video game developers caught on to this trend early. It’s very evident in their successes like the Resident Evil Franchise. Which just recently did a remake of one of their best sellers – Resident Evil 2 – Racoon City. (Which BTW was terrifying as a kid. The graphics of the remake made it that much more freaking scary.)

And don’t forget Call Of Duty, known mostly as a war-type shooter game. They even jumped on the zombie train to apocalypse-ville. World at War brought us our first look at the Nazi Zombies, which continued into the Black-Ops Franchise. Sega helped arcades across the globe bring us ’90s kids a taste for brains with The House Of The Dead. This is a first-person light gun arcade game, making sure we learn to shoot for the head even at a wee-age. Even app developers gave us Plants VS Zombies to fill your zombie killing needs on the go, and that’s just the tip of the iceberg. It goes to show just how much we love our Zombies.

Why Do We Love Zombies So?

It’s quite psychological if you think about it. The way our lifestyles are nowadays is very mundane. But we, like most mammals and creatures out there, have survival instincts. Those instincts are locked away in our brains and genes to protect us if there ever was a case our lives were threatened. We evolved from being the prey to being at the top of the food chain. However, that doesn’t stop our instincts from knowing just how easily that can be changed and how weak we really are. That prey mindset is still there.

It’s why people who are under stress feel anxiety, or are plagued by the many side effects anxiety can toll on us. It is the ‘Fight or Flight’ complex. Stress makes your body produce more cortisol, think of cortisol as nature’s built-in alarm system; it’s your body’s main stress hormone. This little hormone does quite a lot for your body to help you survive if a crisis ever does occur. From boosts of energy so you can handle stress to restoring balance afterward. To even slowing down your blood flow so you don’t bleed out in case you get cut.

These bodily instincts are still very much evident. The idea of being put in a place of having to protect what’s yours and stay safe is very appealing to our brains. To work for that placement, like many of the creatures in the wild do. It almost makes you feel like a part of our brain is telling us we want to be wild and free.

To fight for our rights, like the lions of the Sahara. While we’re being tamed into mere house cats. In any case, we might just get that opportunity to prove ourselves if just one of the many diseases (that can take us over and turn us into mindless zombified shells) decides to mutate to affect us and create a Zombie Apocalypse.

Don’t Worry The CDC Has Our Backs… Right?

Maybe using the word apocalypse is too harsh because it might not end life as we know it completely, but it may drastically change things. Our own government admits to having a “b” plan if there ever was a case of a zombie-like disease infecting the population. There’s even a nice article written by the one and only FEMA website letting us know this is just like any other disaster. Emphasis on: make sure to be prepared. In the case of a natural disaster you will need supplies and you will need to keep calm and stay safe.

The first thing the government would do in this scenario is declare marshal law. In an attempt to take back control of the population, and prevent mass hysteria to protect the people still living. This would likely lead to people living in camps, or at least in quarantined areas where the government will have more control over the spread of the infection and help prevent it from further causing harm. Still, But as many zombie movies have proved to us, things can go south in any scenario. 😉

Zombies are cool to us because it feeds our imaginations. The horror and the survival aspects pull on our brain string. The same brains that wish to be consumed by parasites and viruses that alter the way we think. So if you really think about it, these diseases want to eat our brains! GET IT? Conclusion? Keep watching your favorite zombie movies, and TV shows. Play that zombie survival game. Take the plunge and buy those survival kits. TAKE LOTS OF NOTES and stay prepared. Zombies are cool, our own brains and instincts tell us so.