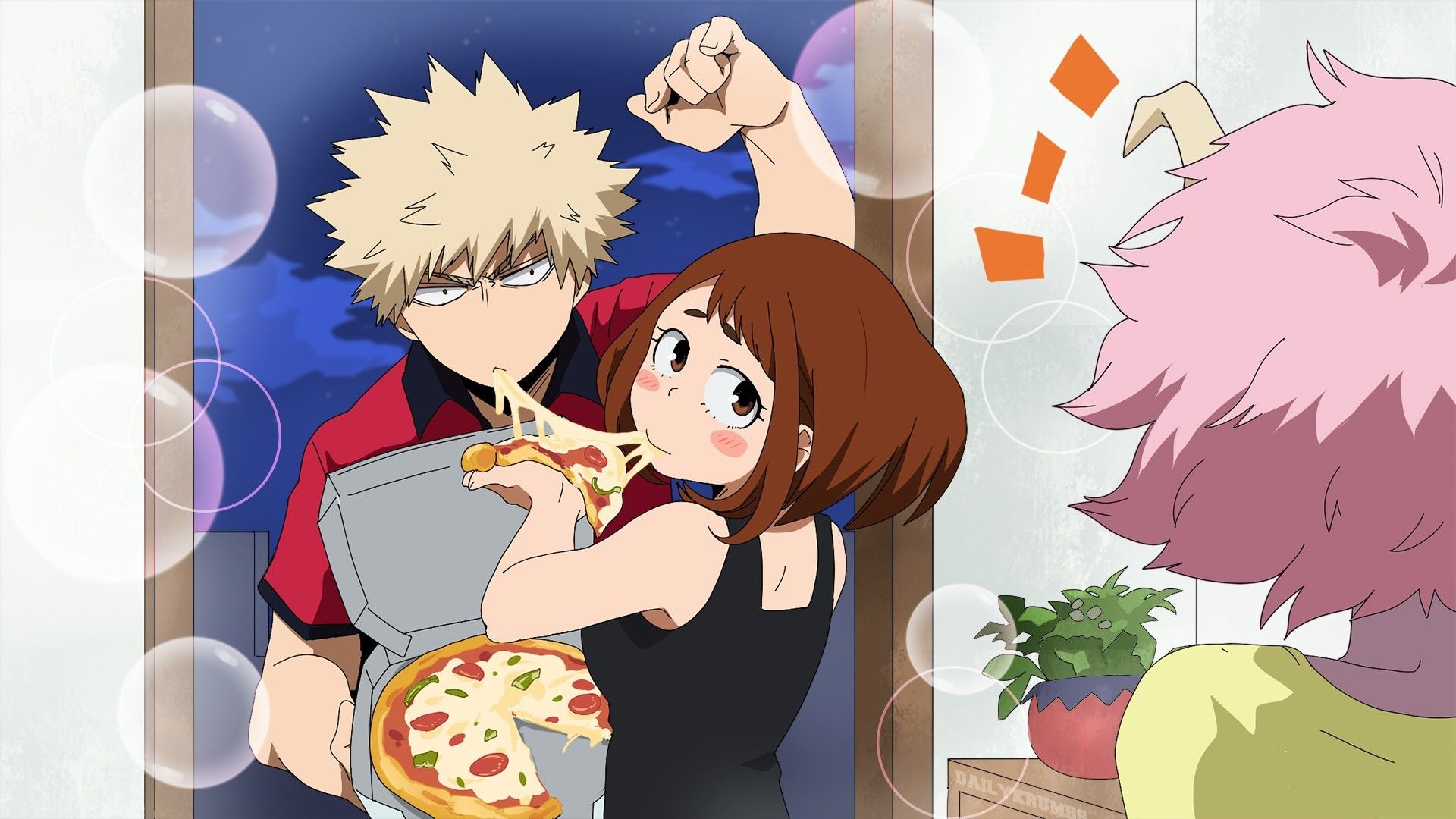 Love them or hate them, Kacchako, the dubbed ship name between Bakugou Katsuki and Uraraka Ochako, this explosive ship has stirred up many discussions and debates within the My Hero Academia fandom. This begs the question:

Can this ship float?

The ship, Kacchako, became popularized during season two, episode nine of My Hero Academia. This episode is appropriately titled “Bakugou vs Uraraka.”

Within the episode, Bakugou Katsuki goes all out on Uraraka Ochako. People saw Bakugou’s actions as abusive and crude. Audience members interpreted Bakugou’s actions as mean, but others saw it as a mutual and potential romantic respect. The episode acknowledges that Bakugou going all out in his fight with Uraraka is a sign of respect for her.

At the end of their fight, Bakugou calls her by her real name, which for him, is a sign of respect. Bakugou usually calls his classmates by some ridiculous nickname, however, he calls people he respects by their actual names. This fight is where the audience can see that Bakugou sees Uraraka for how strong she is and acknowledges that he admires that in her.

How Does This Translate In A Romantic Relationship?

From what audiences see, it is assumed that Izuku Midoriya, is Uraraka’s main love interest. In reality, Uraraka is trying to push away her feelings for Midoriya to focus on her goal of becoming a hero. Meanwhile, Bakugou Katsuki is focused on becoming the number one hero on his own. Bakugou’s character is growing in both the anime and manga to the point where he is working with others.

People see their mutual respect as romantic since Bakugou has never treated Uraraka harshly and Uraraka does not think Bakugou is as bad as everyone thinks he is. The pair already have the foundation for a solid friendship. If it was to turn romantic, it would be even more appealing.

These two characters are a contrast to one another; Uraraka is very good at socializing and working with teammates, but she is weak in believing in herself. On the other hand, Bakugou is strong in his self-confidence, but he is weak when it comes to working with others. People see this relationship as a balance and both characters work together to help one another become amazing heroes.

Is There A Possibility Of Kacchako Becoming Canon?

It is unknown if Horikoshi likes Kacchako, but there are some clues that hint at the possibility. Within a lot of the official artwork and other promotional instances, Bakugou and Uraraka are unconsciously matching outfits in some way. It is canon that both characters’ hero suits are made by the same designer. These clues do not mean that the two characters are canon — it could be Horikoshi teasing the idea of a romance.

What Is The Argument Against Kacchako?

Many people claim that Kacchako is not possible due to their limited interactions. It is true that the audience has not seen that much interaction between the two, regardless, it has been stated that both characters respect each other. In one particular volume of My Hero Academia, Bakugou introduces the characters within the story.

“I respect her guts and roundness.”

As for Uraraka, we know she respects Bakugou because of her decision to intern under Gunhead. The fight between her and Bakugou motivated her to become stronger, in one chapter she even said this to Bakugou himself.

It is up in the air whether or not Uraraka will end up with Midoriya, but fans of Kacchako are hoping that she will interact further with Bakugou. Even if they interact solely as friends. All in all, this ship is rather solid and has some compelling points about both characters’ dynamics. This ship does get a lot of hatred due to the fact that people don’t like their limited interactions. Nevertheless, the only person in control of who ends up together is the author. The ship could, one day, become a canon. Until then, Kacchako shippers will continue to hold onto their small interactions like bread crumbs.