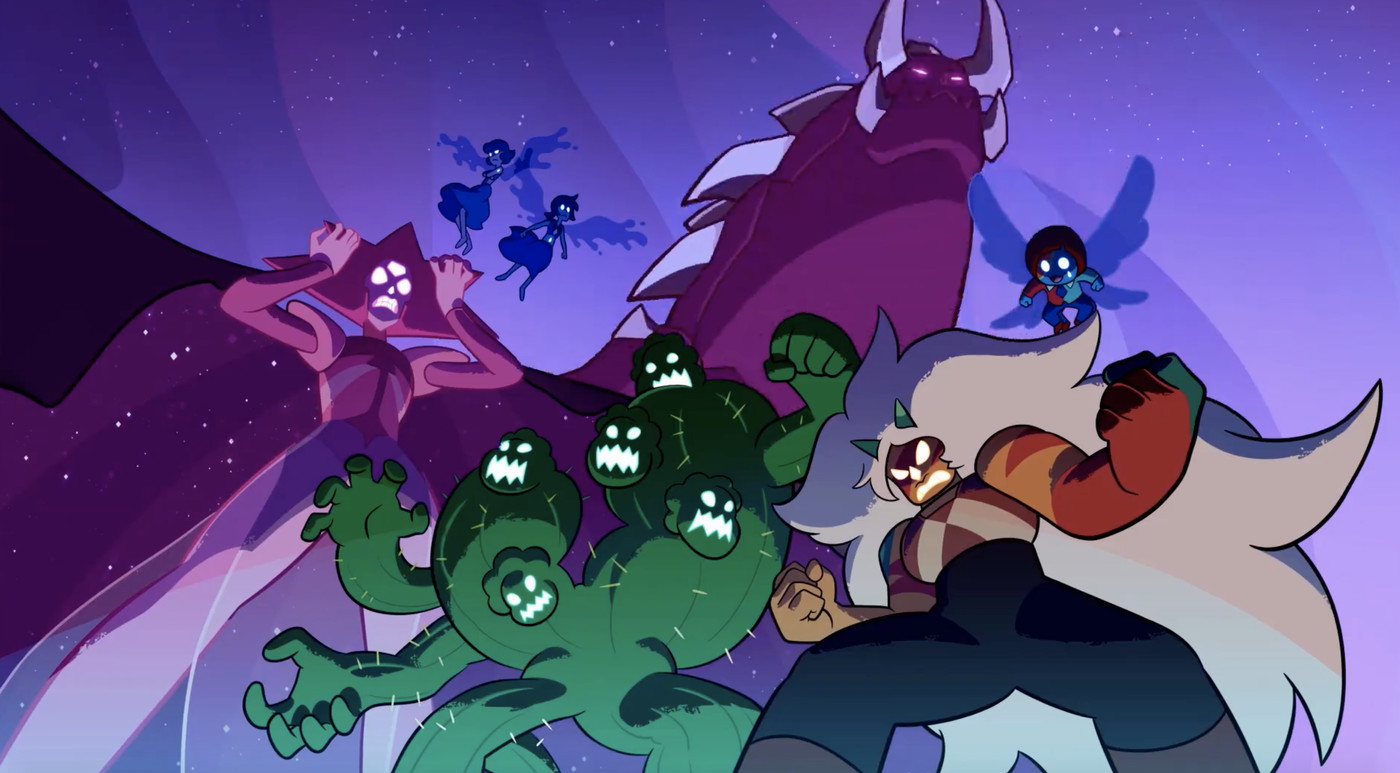 What Steven Universe Future Has Given Us So Far

Undeniably, Steven Universe is one of the greatest and most progressive shows I have ever seen. Steven Universe tackles topics like consent, trauma, identity, and is a staple of support for the LGBTQ community. We have watched Steven grow from a child who didn’t even know his own powers to the savior of the universe who brought peace and equality across the galaxy. Steven Universe Future takes place directly after the events of the Steven Universe Movie. These episodes can be thought of as a sequel to those events.

A Recap Of The Steven Universe Movie

The Steven Universe Movie featured the introduction of a new character by the name of Spinel. Spinel had belonged to Pink Diamond prior to the revolution. Pink Diamond, who had a single focus on saving Earth, lied to Spinel and left her alone in a garden. Pink Diamond left behind loyal Spinel, who waited for hundreds of years. This left Spinel rooted in place both psychically and, most importantly, emotionally. Finally, once hearing the news about the galaxy’s savior Steven Universe, Spinel leaves and heads to Earth. Spinel tries to ruin the peace now found on Earth by getting revenge on Pink Diamond and her friends. The only problem is that Pink Diamond doesn’t exist and now Steven is technically Pink Diamond.

The movie reminds Steven of his morals and his greatest power, his ability to change. Eventually, Steven convinces Spinel to stop trying to get her revenge and to tackle her abandonment issues herself. At the end of the movie, Spinel goes home with the Diamonds to live on homeward. There is concern that instead of them all dealing with their loss they are filling the void with each other’s company. Despite this, Spinel appears happy with this choice and Steven goes back to his peaceful life, confident in himself and his friends.

Steven Universe Future challenges this. There have only been 12 episodes aired with more coming out in the coming weeks. So far these episodes have furthered the storylines of many different characters. These characters include the gem Jasper, the One-Eyed Ruby, Aquamarine, and of course Steven’s core group of friends. Also, with the premiere of this show, we got to see a new power Steven has. This new power has been called, “Pink Diamond’s Tantrum’s.” During these fits, Steven turns all pink, and it seems to only happen when Steven is feeling an extreme emotion. These fits give Steven super strength, interfere with TV signals, and so much more.

Pink Diamond’s tantrums raise an interesting question. Is this normal adolescence for a gem? Or, is this a direct result of Steven having neglected his own needs for so long that he doesn’t know how to communicate? It’s been brought up a couple of times that without saving someone Steven feels he doesn’t have a purpose. Is that a consequence of Steven focusing solely on saving the universe? In a time of peace, it seems Steven is unbalanced and uncomfortable. Steven’s friends and family are moving forward from the events of the show and movie, yet Steven himself seems lost.

So far we’ve seen the possible closure of the Jasper storyline. Despite living on Earth, Jasper is still stuck in the mindset of war and refuses to change. Jasper currently lives on the outskirts of Little Homeworld, and still resents Steven for the peace he’s brought. We’ve also seen the possible closure of the Aquamarine and the One-Eyed Ruby who fused in order to get revenge on Steven.

We also saw Greg step up to the plate and cut off his luscious locks to save his life. We got answers about the cracked Pearl who belonged to Pink Diamond and then White Diamond. There’s also a potential romance growing between Pearl and Bismuth which I totally support. Oddly enough, the only real threat to Steven’s happily ever after is Steven.

What Could Be Next, Are There High Hopes For The Future?

We’ve watched Steven grow so much. We’ve cried with Steven, we’ve laughed with Steven, but most importantly we have also grown with Steven. While tackling serious life topics, Steven Universe has never lost its charm. Now we are at a completely new point where Steven’s emotional nature might be his own downfall. It has been stated a couple of times by different characters that Steven doesn’t know how to be okay with everything being okay. Is this normal after saving the universe from ultimate tyranny? Is Steven going to be able to sit by himself and accept that his friends no longer need him to fix anything?

But Steven is not alone, and he never will be. Steven is in the perfect place to learn how to communicate with his peers while also being okay with the fact that everything around him is okay. He has a very supportive dad, a wonderful best friend/ potential partner, and the best role models in the whole galaxy. By utilizing the tools laid at his feet and learning how to communicate, Steven is more than capable of riding the waves of change. If you want to watch the catch-up trailer from Cartoon Network directly we have it here.