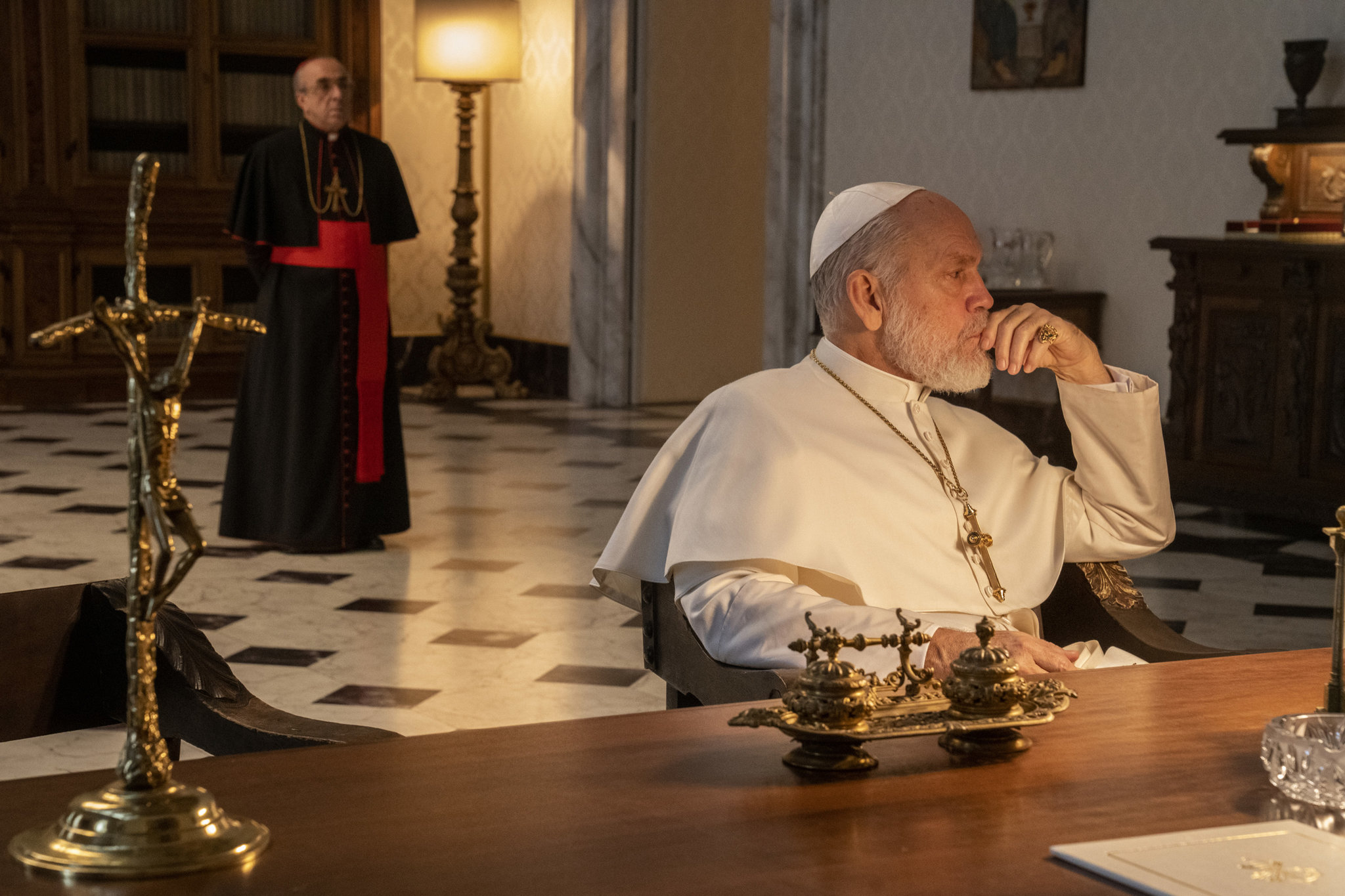 What Is The Crisis Of Faith In The Young Pope?

Many people are aware of the new show The Young Pope on HBO. The show might not appear to be what people see when they watch it for the first time. The viewer witnesses the papacy of a young American pope. His idea of what he wants the Catholic Church to be is very different and he also struggles with having faith with God.

A Quick Summary Of The Young Pope

The Young Pope‘s protagonist is Lenny (portrayed by Jude Law), The New Pope for the Catholic Church. He introduces current ideas in how the church should project their image to their followers in order for them to have more faith in God. He also struggles with many obstacles such as the political reality of the church. The same goes for members of the church who believe they should be pope. Think of a narrative with royal members like kings and queens wanting the throne.

At the very beginning of the show, The Pope dreams of his first address to the people of Rome. There may be a moment of uncertainty for some viewers because he announces he doesn’t believe in God. The fact that the sequence takes place in the dream shows the viewer how this is a mental struggle for the modish Pope. This is likewise a “Crisis of Faith” because he’s the face of the Catholic Church and he doesn’t have faith in God.

Throughout The Young Pope, viewers might relate to The Pope’s struggle with faith because it is a contemporary struggle. In our world, there are many people who conflict with the idea of whether God exists or not. The show explores this theme of “Crisis of Faith” from The Pope’s perspective, creating a secret shared between the viewer and The Pope. This secret hints a few times at the reactions of cardinals, priests, and nuns which showcases just how serious a problem this is.

Critical Themes In The Young Pope

The show doesn’t just touch on the subject of “Crisis of Faith.” As a viewer of the show, I’m intrigued to discover the number of homosexual priests and bishops. Whether this is real is another question, but there are reports of this happening and the Pope attempting to rid the church of homosexual clergy.

Some of the priests attempt to stop the pope from ridding the church of these men. Which questions whether priests with a homosexual preference should be allowed within the church. That’s for the viewer to decide, but at the same time, the men of the church cannot marry or love anyone.

Although Pope Pious the 13 doesn’t believe in God, he has performed miracles. It’s important to mention this because Lenny isn’t too sure if he is the one performing miracles. Lenny prayed for a sterile woman to have a child and it happened. He prayed for the sick and dying woman to survive her illness and guess what, it happens. Those miracles could just be a coincidence, or they could be an act from God. I suppose it is up to you to decide that.

From the very beginning of Lenny’s papacy, many people worked for magazines and news networks. This is a very important topic when it comes to the Catholic Church because there are sexual assault cases every year. The young Pope, during the course of his papacy, attempted to sue Archbishop Kurtwell over his many allegations of sexual assault. The fact that the Cardinal, sent to New York to deal with the issue, faced many obstacles, shows the power of the archbishop. Using his resources, provided by the Catholic Church, shows the power the Catholic Church possesses.

A reason why people may contain a “Crisis of Faith” with religion is because of the people who run the church. No one is perfect, and the young Pope attempts to take care of the bad apples within the church. The Pope wants Catholics to find real faith within God, and this is one technique he uses to do so. On the subject of sexual relations and preference, The Young Pope goes into depth with the sexual preferences of the priests. So prepare yourself for unsettling imagery.

How Mysterious Is God?

Ask an agnostic why they don’t believe in God. They might say because he’s not real, I can’t touch or see God. While this may be the case, The Young Pope takes a different approach to regents the people’s faith in God. He never shows his face. He only presents himself at night, as to not be seen.

This creates a want for the Pope to be seen by the people. People wait for days just to catch him smoking on the balcony, but the Pope refuses. The Pope explains that since God is invisible, he shouldn’t show himself to anyone. As a way to show the mystery of God. For the duration of the show, the Pope stays within the walls of the Vatican. This leads people to gain the faith of seeing the pope eventually. Which is an association for the faith of seeing God.

The Young Pope Is A Must Watch

This show’s overall analysis and comments on the current belief systems of humanity is why this show is important right now. While many are losing their faith, Lenny will not give up the fight. The pope, with the current conflicts of his own beliefs with God, shows the difficulty of experiencing a “Crisis of Faith”. Belief is not limited to God, but to believing in anything. You can also watch the new series, The New Pope on HBO.