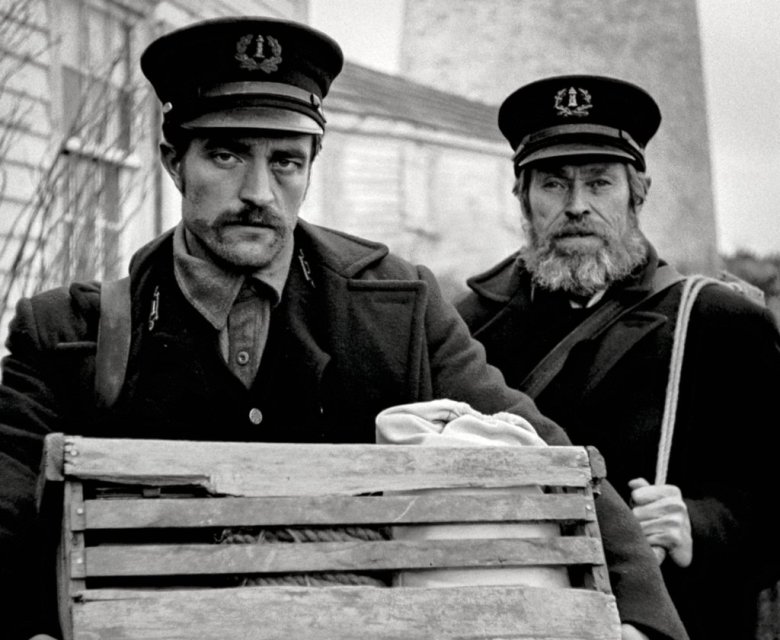 What In The World Is The Lighthouse Trying To Say?

In the 19th century on a desolate island off the coast of New England, Ephraim Winslow worked as a wickie for the lighthouse keeper, Thomas Wade. As time went on, Winslow was plagued by visions of strange occurrences happening on the island. When a major storm hit, keeping the two men from leaving, Winslow began to question his and Wade’s sanity. But perhaps no one was ever sane, to begin with.

The Lighthouse is Robert Eggers’ second A24 film. The idea originally came about as a ghost story. Director Robert Eggers then molded it into a film about descending into madness. Eggers wrote The Lighthouse with layers. On the surface is the very realistic idea of a man losing his mind. Underneath is a grand Greek mythology tale. The Lighthouse teeters between the supernatural and the paranoia that comes with running from past mistakes. This is one of the many reasons it’s so brilliant.

Wade and Winslow were two largely contrasting characters at the beginning of the film. Wade was a dominant, superstitious, talkative man. Whereas Winslow was more submissive, religious, and quiet. Wade pressured Winslow into going against his beliefs and his character. Winslow started to drink, yell, and give into superstitious ideals. The two personalities slowly converged, causing the audience to wonder if Wade and Winslow had been the same person all along.

We’re All A Little Mad Here…

If that’s not the case then perhaps one of them was crazy. Both? Even worse, Wade had many gaslighting tendencies. He told Winslow information that you are able to see with your very eyes to be false. Wade also asked Winslow questions to push Winslow over the edge. Winslow, assuming he’d only been on the island for a short period of time, was pressured to second guess himself. “How long have we been on this rock?” Wade asked. How long have they been on the island? It’s easy for the audience to feel just as crazy as these men seemed.

The characters drove the story forward in an eerie way. There was nothing about them that was absolute. Attempting to pin either of the characters down would be like trying to hold water in your open hand. It’s just not going to happen. This made them well rounded and fascinating.

Willem Dafoe as Thomas Wade had some spectacular monologues. As odd as it may seem, they were so spectacular they were hard to keep up with. They also felt misplaced in the story, in a good way. Wade burst into a monologue about the sea that sounded similar to a curse in response to Winslow saying he didn’t like Wade’s cooking. It was one of many hilarious moments. Eggers clearly doesn’t take himself too seriously.

The Lighthouse had a lot of flexibility and courage that Eggers’ premiere film “The Witch” (although amazing) didn’t have. The Lighthouse touched on what it means to be masculine. It was bold when talking about nudity, fart jokes, homosexuality, drinking, and fighting. It was believable in the most absurd way.

Return To The Black & White Era

The Lighthouse set a chilling mood from the very beginning. The sound of a foghorn, the roar of the wind, and the lashing of the waves were unsettling. The naturally creepy noises were accompanied by Mark Korven’s bone-chilling score. During the climax of the film, the most disturbing noise could be heard. It’s hard not to hear it resonating in your dreams for days after.

The film was shot on a 35mm black and white film with a 1.19:1 aspect ratio. This made the film look narrow. It gave the feeling of claustrophobia. Also, the audience was lead to believe that there was something missing from the frame. It’s as if the film itself was keeping secrets from its audience. Although everything was in black and white, the scenes were never dark. Black and white film requires a lot of lighting. Natural light and kerosene lanterns with extremely bright lightbulbs were used to light the set. It still gave an old age and eerie feeling to the film, but everything was very clear and visible.

The Lighthouse Is A Near Perfect Film

The Lighthouse was truly a unique film. The writing, cinematography, directing, and sound all came together beautifully. The only downside is it was a film that required some effort on the audience’s part. You do have to pay very close attention to what is going on or else you might miss something.

Willem Dafoe and Robert Pattinson also had old English/pirate accents that are hard to follow along with during their monologues. However, the effort was so worth it. This didn’t detract from the film being the powerhouse that it was. You also never find out what caused the two men to be so obsessed over the lighthouse. Luckily for viewers, what lies inside the Fresnel lens remains a mystery. Least ye see it and go mad too.