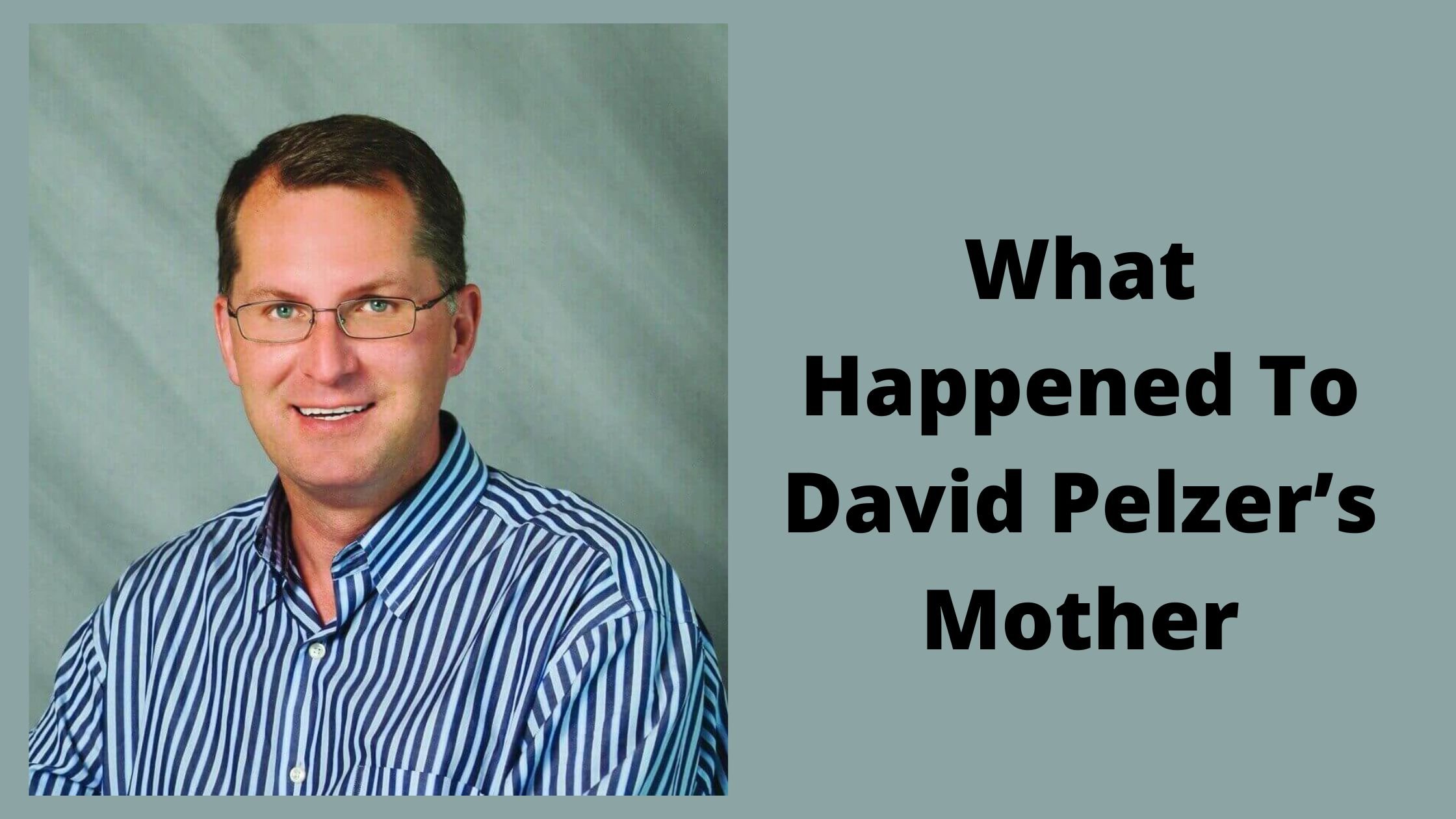 David Pelzer is an American non-fiction writer who is known for extending excerpts from his life in the form of autobiographical books.

Many of them have made it to the New York’s Bestseller’s list, and qualify as self-help books.

What Happened To David Pelzer’s Mother

What happened to Catherine Roerva?

David Pelzer’s mother Catherine started being abusive toward him when he got into the first grade. She died in 1992 under mysterious circumstances but it helped David break free from the clutches and three years later he published his first book – ”A Child Called ‘It‘”.

Is the book A Child Called ‘It’ a true story?

It was a memoir based on all the abuses David faced as a child, making it a true story. It was enlisted as a New York Times bestseller and has sold over 1.6 million copies over the years.

How old is David Pelzer now?

Is there a movie for the book A Child Called ‘It’?

Why did David write a book about his experiences?

He believed that the concept of abuse should be brought to society’s awareness. Further, he wanted to show that no matter how problematic one’s childhood was, one can always work on themselves and bounce back stronger and better, much like himself.

Who published A Child Called ‘It’?

The first edition of the book was published on 1st September 1995 by ‘Health Communications Inc.’. Since then there have been multiple editions, and presently the official publisher is ‘Simon and Schuster’.

Should children read A Child Called ‘It’?

The book has certain dark and triggering elements like child abuse. Hence, the reading of the book should be conscious and careful. It is preferable and recommended for high school students and adults. While middle school kids could be considered potential readers, elementary kids should definitely not read it.

Was A Child Called ‘It’ criticized?

Even though David’s A Child Called ‘It’ was instantly loved by a lot of readers, a few critics do not favour the narrative. In an article on Slate, David Pelzer mentioned how the experiences presented by David may or may not be true because his parents weren’t alive to vouch for those claims. They couldn’t be interviewed to confirm the stories.

Was A Child Called ‘It’ banned?

It was challenged in 2013 at the Housel Middle School in Wash. Claims were made about the graphic nature of the novel, with instances of abuse, that could have a negative impact on children’s mental health.

They believed that it should only be allowed to read under parental supervision.

He did attend the talk show hosted by Oprah where he opened up about his life, the abuse he went through, and what pushed him to write his first book.

How many siblings did David Pelzer have?

His brother Richard Pelzer was a prominent part of his narrative. There were two more brothers closer to his age who are supposedly settled in Lake City.

They had reunited for their mother’s funeral after ages since David was driven away from his family.

David had married Phyllis in 1986, and they now share a child. However, they parted ways, and in 1999 he got remarried to Marsha Pelzer who used to edit his books. They too separated in 2005 and presently David is believed to be single.

Does David Pelzer have a son?

He has a son with Phyllis, who was born a few years after his father’s death. His son’s name is Stephen Pelzer.

Where did David Pelzer go to college?

He went to Westmoor High School, which is a public school located in Daly City, California. He never got to attend college because his difficult circumstances led him to drop out of high school.

How long was David abused by his mother?

She was an alcoholic with depression who vented her feelings by being abusive towards David. She tormented him physically as well as mentally since David was 4 years old until he was 12.

Why did David’s mother only abuse him?

Multiple reasons have been postulated as to why he was the sole victim. Her mental condition is believed to be genetic, and she was apparently abused by her own mother as well.

It is also believed that she was overwhelmed by the crowded presence of all her sons and had to vent it out on one and that just happened to be David.

How gruesome was Catherine’s treatment of David?

One of the worst incidents took place when his family was vacationing along the Russian River.

She forcefully fed him rotten food without thinking of the health consequences. Moreover, she tried to choke him by shoving a soiled diaper in his mouth.

How did David Pelzer get away from his mother?

The young man was rescued by the police and placed in the foster care system. But Catherine was never legally prosecuted for the abuse she caused.

David had no connection with his mother and the rest of his family after the separation.

Where was David Pelzer’s father?

As presented in his book, the father was a selfish man who couldn’t find the strength to keep up with Catherine’s antics. He left home for good and did not consider protecting his children from her.

Did David Pelzer forgive his parents?

At a later stage, it is known that David tried to reconcile with his father and started their relationship afresh.

However, when David wrote a letter to his mother, she did not acknowledge his efforts and their relationship never improved.

Was David Pelzer in the military?

Yes, he had joined the US Air force at the age of 18 in 1979 and was entrusted to serve in the Gulf war. He was in the force for 13 years and was also presented with the honor of carrying the torch in the 1996 Summer Olympics torch relay.

What is David Pelzer doing now?

Pelzer has come up with a series of books after the first one was a commercial success. He is also a motivational speaker and is known to talk to middle school and high school students. He emphasizes on the importance of expression and building resilience.