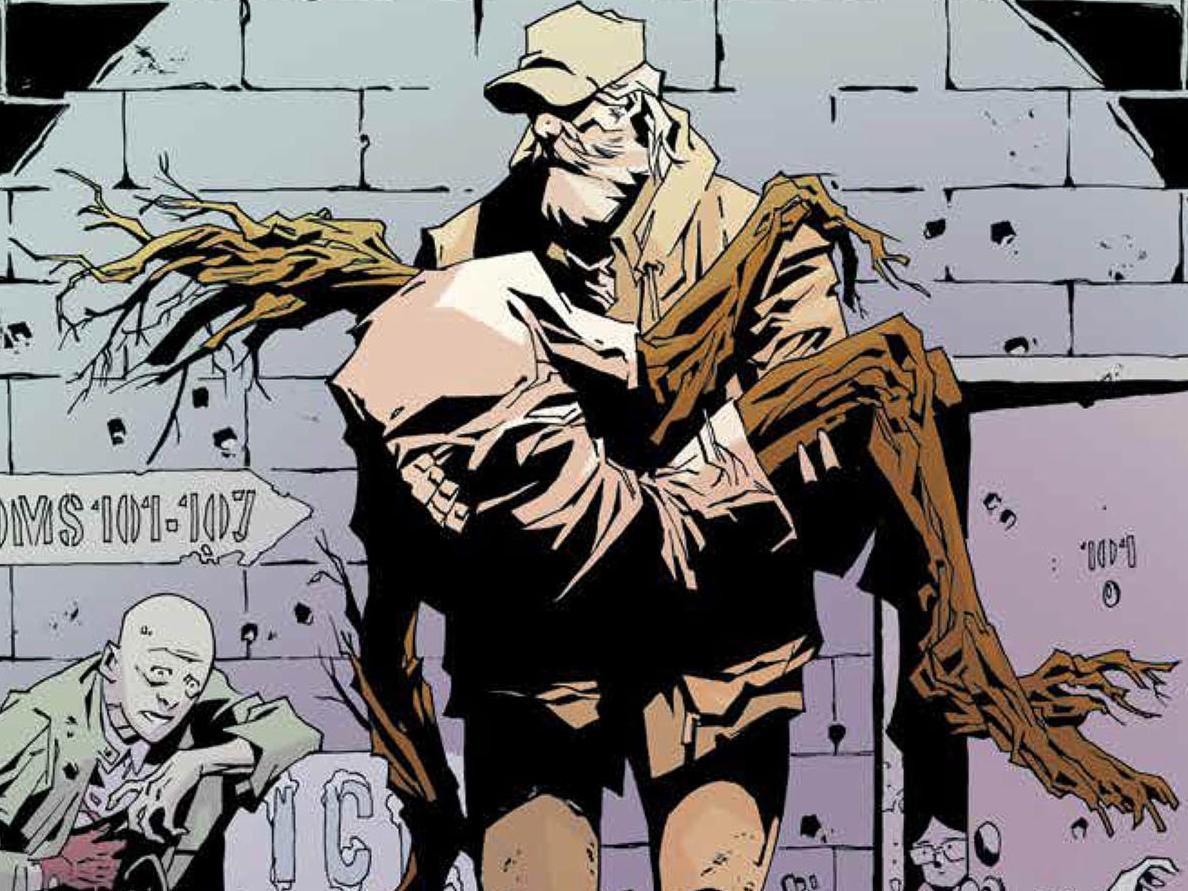 What Grandpa Knows In Family Tree #2

From Family Tree #1, we know that Meg is turning into a tree. We still have no idea how or why. We also don’t know who is after the family or why they want Meg. While Family Tree #2 isn’t prepared to answer those questions just yet, we definitely get more insight into what’s going on. Let’s dive in!

What Is Family Tree #2 About?

This issue jumps back and forth between the past and present, focusing heavily on Grandpa. Now, in the previous issue, this man was revealed, and I assumed he was Loretta’s father. Based on her reactions to him, it seemed that his exclusion from their family was personal.

It becomes clear that he is, in fact, her dead (or missing?) husband’s father. Nothing is explicitly stated about what happened, but Loretta’s reaction makes it clear that he is estranged from the family. Nonetheless, he swoops in and saves the day. With a shotgun and a whole lot of attitude, he disposes of the men attacking the family.

After much urging from her panicked children, Loretta goes with Grandpa. They stop at a gas station for fuel and for the kids to use the bathroom, and she makes it clear that as soon as they’re safe, he needs to leave her, Meg, and Joshua alone. In the flashbacks, we start to get clued into both why Grandpa knew to come for them. We also see some of what happened to Loretta’s husband and the father of her children. 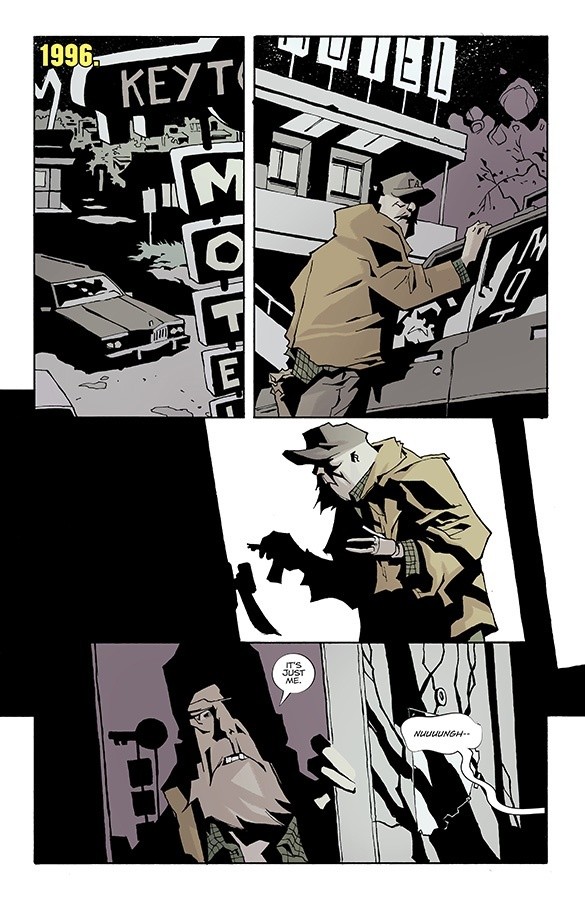 We see Grandpa caring for a man who is almost entirely a tree – he can only barely speak and move. This tree appears to be his son, Darcy. Before we can find out too much else, men with guns surround the building. They shoot up the place, and while Grandpa survives, in his vulnerable state, it seems Darcy does not.

Who Is Darcy To Family Tree?

Since this comic has some heavy familial themes – I mean, it’s in the title and everything – the introduction of Darcy gives readers a lot to think about. From Family Tree #1, we know that he’s gone, and #2 makes it clear that he abandoned his family. What we don’t know is if he left because of what was happening to him, or if there was something else going on.

Furthermore, it’s still unclear whether this absent father is alive or dead. The children certain believe he’s dead, and the flashback scene with Grandpa seems to confirm that. However, at the very end of Family Tree #2, Grandpa speaks into his cupped hands and seems to be talking to his son. Does this mean some part of Darcy is still alive? Or is Grandpa just a little unhinged after watching his son slowly morph into a tree? At this point, there’s no way to know for sure.

Getting To The Root Of Things

While it’s unclear exactly what Grandpa knows, it’s clear whatever is happening to Meg has happened before. The images of her father as a tree are disturbing, and it’s hard to imagine what Meg will look like at the end of her transformation. Considering how shocking it was to see someone we know very little about in such a state, I’m not exactly looking forward to seeing Meg change too. Though we don’t know much about her either, she’s a kid, and I’m sure we’ll get to know more about her as the story progresses. 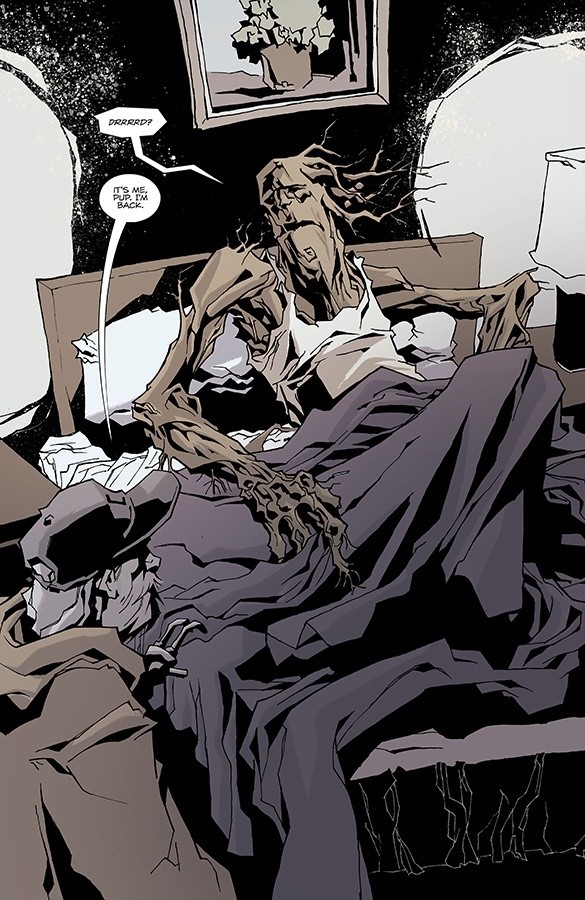 This inclusion of her father doesn’t just make what’s happening to Meg seems more pressing. It also presents many more questions about what exactly is happening to her. If the same thing happened to her father, does that make it genetic? Revealing more of what Grandpa clearly knows is the key to understanding just what horror has wracked this family.

With that goal in mind, it may be pretty difficult for Grandpa to share what he knows. Since none of these questions are answered in Family Tree #2, Grandpa clearly isn’t talking in the car to his family.

That plus Loretta’s hostility equals a lack of communication that is incredibly frustrating for readers – like me – who are dying to know what’s going on. Of course, this is just the beginning, so I don’t expect them to give away all the juicy details just yet. What I really hope gets answered soon is what exactly happened between the family and Grandpa. Clearly, whatever it is alienated his son and family from him. 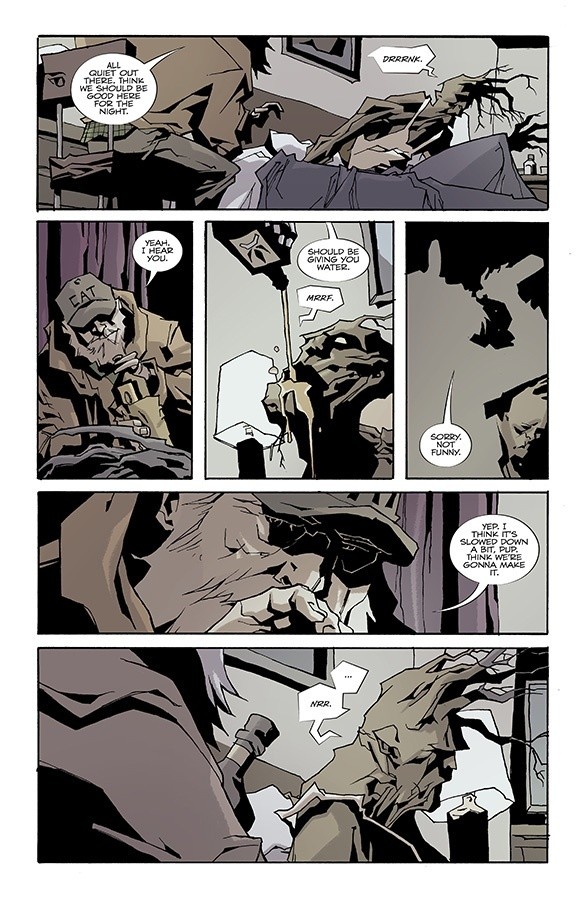 Which begs the question, why did Darcy end up with his father while turning into a tree? Again, what does Grandpa know? Did he find his son, or did Darcy come to him when the transformation started to occur? For now, it seems like we’ll just have to think about it and wait until the next issue.

What To See In Family Tree #3

Though many of my questions remain unanswered, I’m really excited about where this is going. These new elements to the story really focus my questions and make me hungry for more. With danger surrounding these characters and a mountain of uncertainty, one thing is for sure; Family Tree #3 can’t come soon enough!