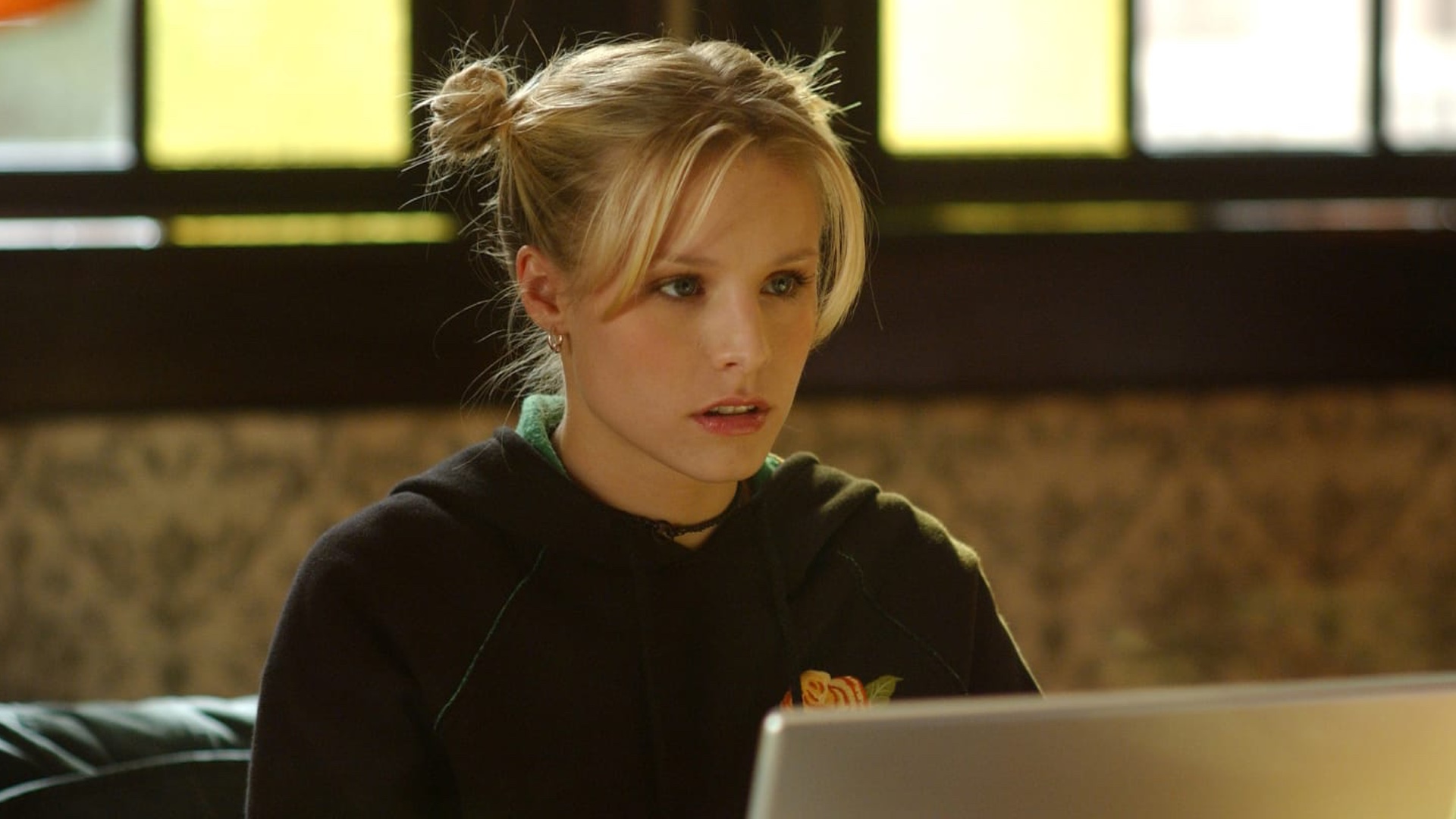 Veronica Mars is a noir teen mystery drama that aired on The CW formally called UPN (it was on UPN when it aired in 2004 but switched to The CW in 2006-07). Screenwriter Rob Thomas created this television series and it has novels to follow and lasted from 2004-2007. The show is named after the main character named, Veronica Mars.

Based in the fictional town of Neptune, California — often mentioned is the town of Fresno, California as well. A town full of murder, deceit, and corruption is where Veronica and Keith shine; and, other characters that shine in a not so bright light (Logan, Weevil, and Veronica herself sometimes, too). The 09ers are where most of the trouble begins and ends, characters from the fictional 90909 zip code.

They have a private investigation company called, “Mars Investigations” where they take on town clients and help the town of Neptune. The show is set in high school and college (in the last and third season). It is mostly centered around Veronica, Weevil, Logan, Duncan, Keith, and Lilly. Along with minor characters: Celeste, Jake, Mallory, Mac, Beaver, Lianne, and Piz (in the third season).

A used to be 09er, before it all happened. The one and only Veronica Mars; the sunshine and marshmallow of the show, the breath of fresh air, and the daughter of Keith Mars. Veronica’s quick wit, sarcasm, and brooding exterior are what makes her a good PI. As Wallace says, “You do not want to be on her [Veronica’s] bad side.” We all know how that turns out, Wallace, thanks for the heads up.

The one and only wealthy 09er bad boy in Neptune is Logan Echolls, and, boy, is he bad. With constant run-ins with the law, his mother committing suicide, and his now deceased father, Aaron, being the murderer of his ex-girlfriend Lilly Kane — this guy cannot catch a break. With Veronica on his side, and the on and off and on again relationship, his life seems to be looking up; but, the evil in Neptune still lingers and trust me, his sunshine does not last for long…

The one and emphasis on the only best friend of Veronica Mars. Wallace Fennel transferred to Neptune High; he lives with his mother Alicia (who has previously dated Keith) and his little brother. On his first day, he gets into a bit of trouble with Weevil Navarro and his PCH biker gang. That is when he meets the sunshine Veronica who helps him down from beign tapped to the pole. The best basketball player in Neptune, a kind hearted guy, and willing to help whenever it is needed.

Duncan Kane the almost brother of Veronica Mars and ex-boyfriend on and off again a few times. Duncan found his sister, Lilly dead when he came home from soccer practice. Everyone thought he killed her because of his mental health issues. Duncan is a quiet, unspoken, guy; usually keeps to himself and Logan is his best friend for all intents and purposes. He has a child with his ex-girlfriend Meg (deceased) and lives in Australia with their daughter, Lilly.

Veronica’s dad, Keith Mars. Their relationship is great (often), after a walkout of their mother. While the Kane investigation was going on, he accused Jake Kane of killing Lilly, which eventually led to being wrong. He was scorned and eventually resigned as the deputy. After that, he changed professions to become a private investigator. He was asked to come back as deputy after Lamb’s death.

Eli “Weevil” Navarro of the PCH biker gang. He is surprisingly good friends with Veronica Mars and occasionally helps her out of binds as she does the same for him. He is the ex-lover of Lilly Kane, which was a secret until she was murdered so she could keep her appearance with the 09ers. This results in Logan and Eli having a more often than not destructive relationship. Weevil is constantly in trouble; he is the non-09er bad boy of Neptune.

Last but not least, Lilly Kane. She is deceased before the show begins, but Veronica recounts her events on many flashbacks. Lilly is the sister of Duncan Kane and daughter of Celeste and Jake Kane. She was the “bad girl” between her and Duncan, often causing trouble enough for the both of them. She was dating Logan on and off again, but also most of the Neptune High class including Logan’s father, Aaron Echolls, and Weevil.

A Brief History Of Veronica Mars; The When, Where, And How?

The oh so lovely Marshmellow Veronica Mars used to be popular, one upon a time. That was until her boyfriend Duncan randomly broke up with her, and her best friend turned up dead. At the age of fifteen, her life went from marvelous to a nightmare; on top of that, she was also raped at a 09er party.

Veronica’s life starts when she is no longer a 09er, but we get flashbacks. Flashbacks on how it happened, who Lilly was, and what went down with her and Weevil.

A series of family and personal traumas made her an outcast; but, Veronica took it in stride. Which, also, made her have a snarky attitude and a sarcastic sense of humor. Now, she helps her father with his PI company and saves the day one Mars Investigation at a time. Based in Neptune, California.

Her clients are more often than not her classmates, but she does get to help her dad with cases that he cannot take on. She wants to have a relationship with her mother, but soon realizes that it wont ever really happen.

Back in 2004 when Veronica Mars first aired it was the talk of the town, at least in my town. A show with a sassy, awesome main character, and a cool POC best friend named Wallace? What more could we want? The drama was something we tuned into every week on UPN.

Just to see the catty remarks of Veronica and the insane cases that she takes on. Veronica Mars was one of the best shows in 2004. Making a comeback in 2014 with a kickstarter film, all marshmallow Logan and Veronica shippers were happy; and, let me tell you, we were happy indeed.

With 2.5 million viewers the duration it was on-air for all three seasons, Veronica Mars can be called a sensation. With a huge fandom to follow on both Tumblr and any social media alike, the fictional cast of Veronica will stay forever in our hearts.