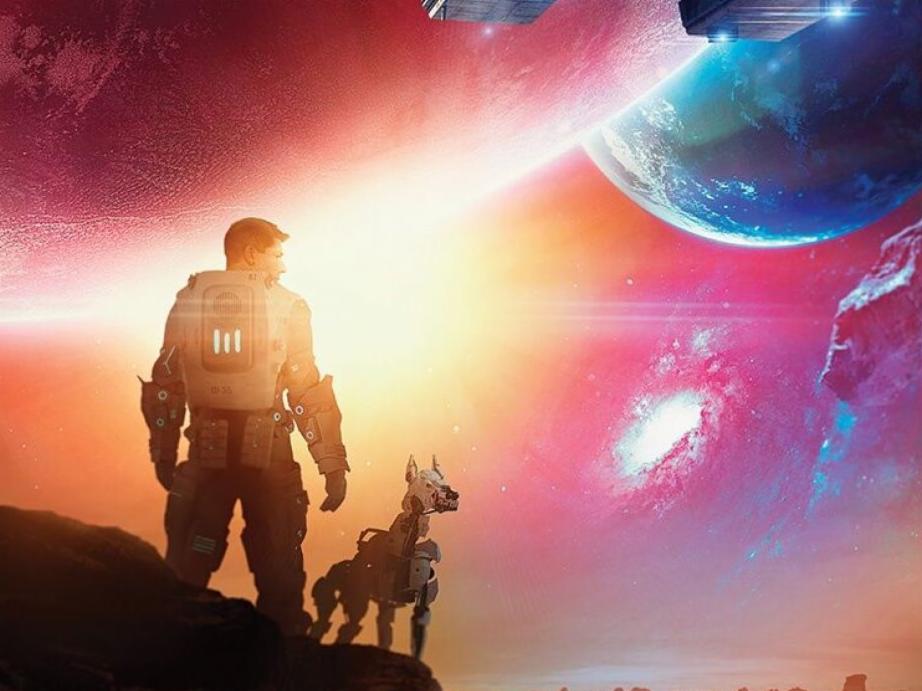 Two Companions’ Adventure Through Time And Space In Ellipse

Going on single-man missions in Ellipse through space can get lonely. Luckily for Captain Rauge, he has a traveling partner named Mac. What makes Mac unique as a partner is that he has fur and four legs. “Man’s best friend” is a common phrase that has been used throughout the Millennia to describe humans’ relationships to domesticated dogs.

Ellipse (2019) written by Grant Martin and directed by Joe Bland and Grant Martin, tells the story of Captain John Rauge and his canine companion, Mac. After a crash landing, the two of them traverse an uninhabited planet to try and find their way back home.

Still reeling from the loss of his significant other, Captain Rauge resumes his assigned mission. What starts out as a simple survey to snap photos of a newly discovered planet quickly goes south. Captain Rauge and his canine companion, Mac, crash land on the strange new world, Ellipse.

Due to the elliptical shape of the planet, he must forget everything he knows about how the world should work. Immediately after regaining consciousness from the impact, Captain Rauge realizes that time is moving faster. With the help of a jetpack, he’s able to fly himself and Mac somewhere safer. Together with Mac, they travel across different terrains of the planet to try and figure out a way back home.

Forget What You Know About Weather Patterns, Gravity, & Time

Ellipse appeared out of a wormhole four years ago. As Captain Rauge and Mac familiarize themselves with the world, they travel through the planet’s different scenery. The movie takes the protagonists through a barren desert, a snowy forest and a waterfall that defies gravity, running in reverse. The film beautifully captures the environment of Ellipse with overhead shots panning across the serene yet desolate landscapes.

The full shots throughout the film help convey the isolation that Captain Rauge begins to feel as he struggles to find his way home. In contrast, the medium shots work well to create an intimate setting between the viewers and Captain Rauge with Mac.

Love Leaves A Memory No One Can Steal

In stories, the protagonist continuously has room for development. In the Matrix (1999), written and directed by the Wachowski siblings, Neo must learn to grow into his role as “The One.” In Blade Runner (1982) directed by Ridley Scott, Rick Deckard learns to empathize with the androids. The film Ellipse (2019) introduces Captain Rauge’s character as he traverses through space with sympathy cards and empty beer cans floating around the cockpit of his spaceship.

He suffered an unbearable loss and turned to the bottle to help ease his grief. As the film progresses, Captain Rauge battles to accept the loss. Though the more time he spends with Mac in this life or death situation, he begins to realize the importance of the quality of time spent together rather than the length of time.

The Unspeakable Power Of Ellipse

The theme of the narrative will resonate most with viewers who have a four-legged companion of their own as Captain Rauge fights to keep Mac safe. It is likewise through Captain Rauge’s compassion for Mac that he is able to overcome the ghost of his past. Throughout the film, there is little dialogue since Captain Rauge is the only person on the planet.

Viewers learned about Captain Rauge’s past through flashbacks and the occasional one-sided conversation with Mac. Though the special effects aren’t stellar, they do not detract from the story. Overall the film beautifully captures the exploration of an alien planet with the use of camera shots and various angles.