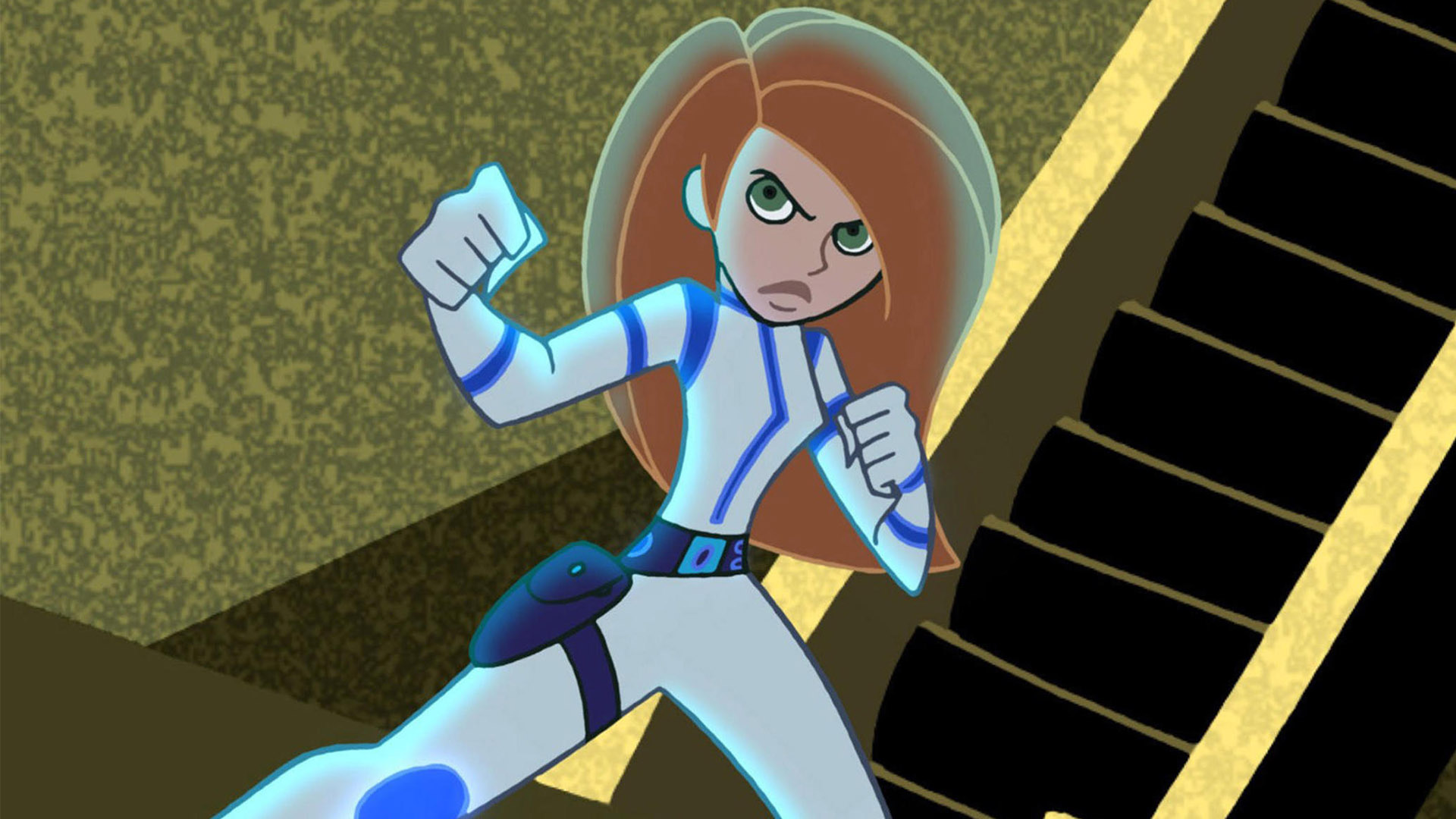 It has been a trend as of late for publishers to adapt popular cartoons into brand new comic book series. These series are typically out of canon but drive direct from the source material of the show it’s based on. Giving readers added experiences with characters they all know and love from present and past. The publisher standing out the most from this trend is BOOM! Studios.

Taking trending shows such as Adventure Time, Steven Universe, and Regular Show. Not forgetting the market for nostalgic cartoons and reboots such as Rocko’s Modern Life, Rugrats, and even Power Rangers. They are taking these cartoons past to present on a ride of brand new adventures. Other publishers have taken advantage of this trend as well, such as Oni Press; the creators of & Morty and Invader Zim comics.

As well IDW Publishing creators of the Transformers & Teenage Mutant Ninja Turtles comics. Giving new life and added depth to popular cartoon series. Nonetheless, there are still many excellent cartoons that would excel as comic books from the past. Today we will talk about some great cartoons that could make a great comic book series.

Why Is Making Cartoons Into Comics A Trend?

It’s simple: readers tend to drift towards content they are familiar with. That is why DC and Marvel remain high selling comic publishers. People of all ages grew up with these heroes, it was a part of their pop culture. The same could be said for classic kids cartoons. Kids who grew up with the “Saturday Morning Cartoon” blocks are now making adult money.

Publishers realized rebooting fan-favorite cartoons into comics was a slam dunk to sell issues. With the first issues selling out due to the names on the covers. If the writing and artwork are solid enough these series will become staples in the industry. Whether be from Nickelodeon, Cartoon Network, or Disney Channel there is a wide selection of cartoons that deserve their own series. So much so they deserve a countdown.

Call me, beep me, if you wanna reach me. A staple in the early 2000s Disney Cartoon block. Kim Possible was just your everyday teenage secret agent going to high school. With the capabilities to overcome any obstacle that came her way. Alongside her are her sidekicks and long-time best friends Ron Stoppable, Tech genius Wade, and the adorable Mole Rat Rufus. This show impacted many with a strong female protagonist, efficiently promoting a world of equality in the 00s.

Since the show ran for 5 years, Kim has developed quite the collection of Rouges. Including Shego, Monkey Fist, and the infamous Dr. Drakken. Leaving this proposed series to continue its adventures with a Kim in college or possibly as an adult. Taking on classic and new foes that will leave us saying “What’s the Sitch” with every issue.

Plus, who wouldn’t love a possible mini-series within this series titled, “The Adventures of Rufus.”

DeDe, get out of my laboratory! Talk about a show 90s kids could rally behind. Dexter’s Laboratory was all about a kid genius (Dexter) who’s experiments or nosey sister (DeDe) always got him into trouble. There are so many ways this show could be adapted into a successful comic book series.

One, keep Dexter the same age as he was when the show was canceled and continue the zany adventures from there. Another, age Dexter to a teenager and present the writing to appeal to a more mature demographic. Lastly, age the characters to the actual ages they would be today since the show canceled. Perfect solutions for a great comic book adaptation. With an excellent supporting cast, including his ditsy parents, who have no idea about Dexter’s secret Lab.

To his archrival Mandark, who will stop at nothing to prove he is superior to Dexter’s intellect. As well as Monkey, Dexter’s Lab Monkey, who moonlights as a superhero leaving open the possibility for a mini-series or storyline within a series called “Dial M for Monkey.” All and all, this proposed series opens up a continuation for fans to continue the nostalgic greatness that was Dexter’s Lab.

Talk about a potential goldmine for whichever publisher could turn this show into a comic book series. Yes, BOOM! Studios are already launching a Ben 10 graphic novel program. Just as well, the cartoon franchise is being rebooted. However, from what the artwork and synopsis look like, the content is geared towards a younger demographic.

What about the fans of the show who have been watching since 2005? Shouldn’t they get a version of Ben 10 of their own? One with an older and more experienced Ben with the Omnitrix. A series that follows the first volume’s Ben 10; with subject matter that is mature to appeal to the original fan base? For those who do not know Ben Tennyson, his grandfather Max, and Cousin Gwen all took off on a camping trip across the country.

This is when Ben discovers a meteor crash site. In this creator, there was a device that fuses to Ben’s arm. This device is known as the Omnitrix and it grants Ben the ability to transform into any of the ten aliens he chooses. A series with a teen rating for Ben 10 continuing off before its latest reboot, could be just what the brand needs.

To not only maintain the demographic who have been watching since 2005, but to also have the new audience grow as well.

Probably one of the best cartoons ever released from Cartoon Network than rebooted on Adult Swim. A Samurai from the past stuck in the future. Who didn’t love the premise of this show? Since the original demographic is older nowadays, the stories in this potential comic series could mature. As adult swim’s adaptation closed the chapter to the overall story of the show. That doesn’t mean a new one couldn’t be open for a comic book series.

The series could bring back many iconic villains such as Aku, Scaramouche, The Omen, and Ikra just to name a few. As well as introduce new antagonists to create thrilling and action-packed adventures that keep readers interested. Especially after the way the series ended, losing the love of his life Ashi (daughter of his nemesis Aku). This series could be a continuation to see how Jack deals with his loss long term.

Also in comic book logic, no one is really dead unless it is truly confirmed and even then it’s a stretch. An immortal like Aku could, in theory, rise again whether it be an Aku from another time or reality. This series leaves the Sci-fi door wide open for possibilities.

Now, everyone along! “Yo, Danny Fenton he was just fourteen when his parents built a very strange machine…” You know the rest. As a staple of Nickelodeon’s Cartoon line-up in the early 2000s. This series centered around a half teen/half ghost superhero. From impressive character development, a vast catalog of villains to fight, to the episodes tying into one another in a chronological order.

Who wouldn’t want to see Danny, Sam, Tucker, Jaz, Maddie, Jack, and many more on new adventures? Especially after creator Butch Hartman released videos of him drawing Danny Phantom: 10 Years Later and Danny Phantom: College Years. Showcasing what Danny Phantom could have been if the show was never canceled. With artwork influenced by modern day comics to create well-done character designs; a comic book series doesn’t sound too far-fetched after watching these videos.

Already with concepts to hit the ground running with the time jump. Combined with rouges like Skulker, Dark Danny, and Valerie Gray. This series could easily last over a hundred issues if done right.

Which cartoons do you think should be rebooted as a comic book series?