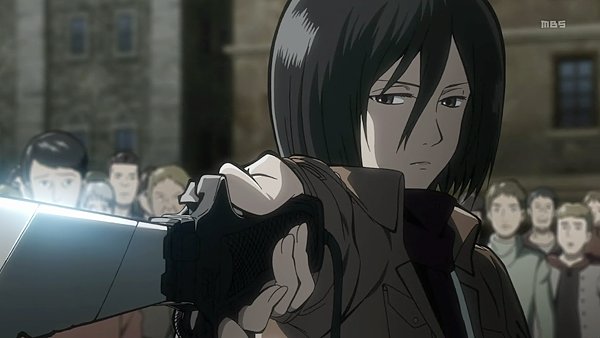 It is no surprise that male leads dominate the anime world, however, women have made their mark in anime that continues to inspire women today. In honor of Women’s History Month, let’s take a look at some anime that empower women.

The first anime that comes to people’s minds when talking about female empowerment is Sailor Moon. First airing in the US in 1995, Sailor Moon follows the story of middle school student Usagi Tsukino. Usagi befriends a talking black cat Luna who gives her a magical brooch. This brooch is what transforms her into the pretty guardian Sailor Moon. This show was most people’s first anime and showed off how women can be badass defenders of Earth. Most women can find some aspect of themselves in one or multiple of the sailor scouts. This show allows young girls to see themselves represented as superheroes or in this case, pretty guardians.

This early 2000s anime, titled Nana, represents healthy female friendships and the hardships women go through. This anime has 47 episodes and is an emotional journey from beginning to end. The main characters of this show are two women both named Nana. They come across one another and end up becoming roommates. Nana Komatsu, or lovingly referred to as “Hachi,” always has a habit of falling in love too fast.

Meanwhile, Nana Osakis is a small-town rocker who is coming out of a complicated break up with her ex-boyfriend. This show empowers women by showing the difficulties of finding your true self in your early 20s. You’re not exactly an adult, but you’re not a child either. The healthy relationships and support that both Nanas have for one another truly represent female compassion and empathy.

The Black Lagoon aired in 2006 with 24 episodes following the story of pirates, known as the lagoon company, smuggling goods. The main female protagonist of this show is Rebecca Lee or better known as Revy. She’s the main gunfighter in the lagoon company and is certainly a force to be reckoned with. Revy empowers women with her sarcastic and witty attitude by proving she’s strong without a need from others. She’s a one-woman army type of anti-hero who shows women that you can be more than your past trauma.

Princess Mononoke was released in the US in 1999 and is a fan favorite among Studio Ghibli films. The film follows the story of Ashitaka as he tries to make peace with the angered spirits in the forest that surrounds Irontown. Within this story we see San, a human girl raised by wolves who attacks Irontown.

San is a powerful female in the sense that she isn’t afraid to stand up and fight for the people she cares about. Of course, Ashitaka falls in love with San. But it is because she is so strong and brave that Ashitaka finds her beautiful. Although San cares about Ashitaka she refuses to be with him since he is human. This film empowers women because San shows us that we can stand up for what we believe in and no matter our backgrounds we can stick to what we believe in.

Airing in 2014 with 24 episodes, Yona of the Dawn is one of the best examples of female character development. This story follows Yona, who is a naive princess, and the misfortunes happening in her kingdom. On her sixteenth birthday, her father is killed and Yona is forced to run away with her bodyguard and childhood friend, Son Hak, and live in exile. She then sees first hand the poverty and struggles within her kingdom and wants to get stronger to help. In order to do so, she has to seek out the power of the four dragons to help her on her journey.

Both in anime and manga, princess Yona empowers women, because she forces herself to go from a clueless noble into a powerful warrior who wants to protect people. I think most people look past this anime thinking it is a romance, but this show only really focuses on Yona and the hardships she faces when it comes to trying to fight for what she believes in.

Taking the world by storm in 2013, now with 3 seasons released, humanity was given a grave reminder as Attack on Titan aired. The premise of the show is that people are forced to live behind walls that protect them from giant man-eating beasts known as Titans. Young Even Jaeger is the main protagonist of the show as we watch him join the scout regiment to protect humanity.

The character who stands out in most people’s minds as inspiring is the leading female character, Mikasa Ackermann. Mikasa is Eren’s younger adoptive sister and she too joins the scouts in order to protect Eren. Mikasa is arguably one of the strongest fighters we see in the show, she most certainly kicks a lot more ass than Eren at times.

The best thing that empowers women within Attack on Titan is that characters like Mikasa are not constantly compared to their male cast, while Mikasa does have an attachment to Eren, she is a strong character on her own. Mikasa helps women feel empowered because she does what is right, that is what she believes in and she does not let anyone try to tell her differently.

Airing in 2008 with 22 episodes, Michiko to Hatchin is an underrated adventure about a woman on the run trying to achieve her dream. This story follows Michiko, a free-spirited woman who escaped from an inescapable prison for the fourth time. She encounters a young girl, Hana or “Hatchin,” and helps her escape from her abusive foster parents.

Fate mysteriously brings the two misfits together and they live their lives on the run. This anime empowers women who watch it since Michiko is not only a badass, but it shows how important her bond with Hana is. Despite the two constantly bickering and fighting, they needed each other the most. This reminds us, women, that no matter what, we stick together.

The ongoing anime aired in 2017 and can still be streamed today on Crunchyroll. Black Clover is a new shounen anime about a young Asta who lives in a society that is based on magic, although he has no magic of his own, he still strives and works hard to achieve his goal of becoming the wizard king. While this show is a story about a young man’s journey, Black Clover places a lot of emphasis on its entire cast. Female characters such as Noelle Silva are given strong backstories along with battle scenes. In fact, the main character admires all the female characters’ strength and nothing more since he is a bit dense when it comes to dating.

One of the strongest characters in the show is Mereoleona Vermillion, she is the sister to one of the royal captains, but has to take charge when her brother is injured. This woman pushes her royal knight squad to their limits and refuses to quit fighting no matter how many times she’s knocked down. Black Clover’s female cast empowers women because it shows them beyond being love interests or damsels in distress. Women in Black Clover have proven their strength and show us how we can fight until the bitter end.

9. Snow White With The Red Hair

Airing in 2015 with two seasons, Snow White With The Red hair captivates audiences’ hearts with its stunning animation and charming storytelling. This story follows Shiryuki who stands out due to her unnatural red hair. Her bright red locks capture the attention of prince Raj who only wants her for a concubine, but Shiryuki is a hard-working herbalist. When she runs away, she has a chance encounter with the Prince of a neighboring kingdom, Prince Zen of Clarines. Zen really admires Shirayuki not because of her red hair, but because of her dedication to being a herbalist.

This story empowers women because Shiryuki is all about conviction and forging her own path in life. She refuses to fall victim to what others demand of her and follows her own heart. Though it does become a bit conflicting when she develops feelings for Prince Zen, she allows herself to carve her own path despite the complexity of their relationship.

This short 8 episode series came out in 2012, based on a popular OVA that was released in 2010. This story focuses on three different middle school girls. Each girl is dealing with their own conflict between one another. Their conflicts manifest in another world where these powerful warriors fight each other. These warriors have different variations and symbolism for each girl and take on similar physical attributes.

This anime empowers women because it shows symbolism for how serious and deadly conflict can be if not dealt with properly. The nature of our relationships needs to be dealt with before they manifest into something more serious. This anime is all about the importance of handling friendships and dealing with conflicts that arise.

The Future Is Female

No matter what anime you’re watching, you will find strong female characters within anime. Anime has always been more progressive than western media, however, there is a lot of anime that degrades women. Hopefully this list helps you find some inspiring female leads to look up too.