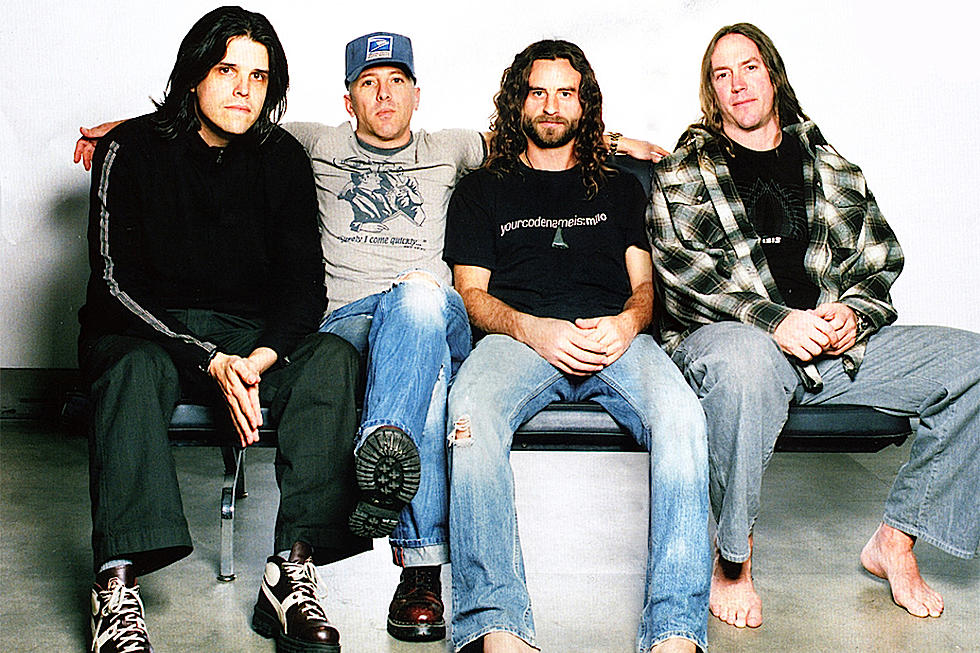 Who the f*ck is ‘Tool?’ And what is “Fear Inoculum?” Taylor Swift fans would very much like to know. Tool recently replaced the pop singer (and her album, ‘Lover’) as No. 1 on the Billboard 200. In a viral tweet, Tool frontman Maynard James Keenan, meme-a-fied the victory.

The resulting backlash was deafening, with one Swift fan calling Tool an “old geezer metal band” with a forgettable, “garbage album.”

Given the 13-year-wait, Tool’s ‘Fear Inoculum’ was destined to crush the competition. Nothing against Swift — even if her fans are a little overzealous — but Tool absolutely deserves this win. Through six mesmerizing tracks (excluding the four short interludes) ‘Fear Inoculum’ makes the long wait worth it. In addition, it fully assures us that Tool hasn’t lost their edge, even a decade-and-change later.

Despite being rated last, ‘Culling Voices’ is the home of my third-favorite riff on the entire album. The track is painfully underrated, overshadowed by bangers like ‘7empest’; however, it also feels a tad under-cooked. At just over ten minutes, it’s the shortest track of the six. The Lyrics discuss a troubled human psyche — a theme Tool touches on often — but bring little of novelty to the conversation.

The intro, which features a soft yet haunting guitar melody, makes up ¾ of the song. This is a wasted potential, given the brilliance of the song’s climax. “Don’t you dare point that at me,” Maynard whispers, over and over. The music seems to do just that, jabbing us with a sharp, escalating sound. It’s this moment that allows me to truly enjoy ‘Culling Voices’ — occasionally, even more so than the songs that follow.

‘7empest’ is the longest track on the album at almost sixteen minutes. It’s also much heavier than its counterparts; upon first hearing it, I was reminded of Metallica. Don’t get me wrong — I love me some Metallica. Just not in my Tool. Were ‘7empest’ more off-kilter — something along the lines of ‘Aenima,’ perhaps — it would’ve felt much more genuine.

From a compositional standpoint, the track rocks. The beat is fierce and non-stop, complimenting the guitar solos scattered throughout. Maynard’s vocals are incredible, if a little contrived; he even does a James Hetfield-esque growl on the line: “Here we go again.” Tool certainly has the potential to explore a heavier sound in the future. However, there’d have to be real meaning behind that change.

One of two songs the band debuted at a concert last spring, ‘Descending’ is very classically Tool. The beginning — the sound of waves crashing on the shore — is reminiscent of ’Wings for Marie’: lulling, dreamlike, yet ominously remote. Halfway through, the song becomes fully instrumental. Sci-fi synths backed by a heavy riff give an impression of doom, as prophesied by the song’s lyrics.

As with ‘Right in Two,’ I really enjoy the way ‘Descending’ calls out human ignorance. The only way to “mitigate our ruin” is to wake up — to rethink our own harmful practices. In some ways, ‘Descending’ illustrates this message better than ‘Right in Two.’ Its lyrics are grounded in present-day action — as opposed to reflection — and the intensifying music is able to continue the story in the vocals’ absence. Truly, it is a spellbinding song.

The second song Tool debuted last spring, ‘Invincible’ tells the story of an old “warrior struggling to remain relevant.” Many fans believe this is a reflection of Tool’s state of mind; given its age as a band, it’s a valid argument. Just look at these lyrics:

The intro to ‘Invincible’ is beautiful. A clock-like percussion at the very beginning gives a vibe of time passing; then the bass kicks in, and we start to sense the warrior’s attempts to keep plowing forward. The music goes through periods of calm and frenzy. Winding synths, quick drum shifts — even the vocals drift between stoniness and whimsy. For a song about getting old, Tool sure does prove that age is only a number.

With its raspy vocals and rattling melody, ‘Pneuma’ bears a slight resemblance to ‘Schism.’ Given, it isn’t quite as ominous; the lyrics discuss the essence of human life, playing off the philosophical definition of pneuma: a person’s energy or creative spirit.

Approximately three minutes into the song, ‘Pneuma’ has a moment of raw, musical ecstasy. I get chills every time I listen to it — which is a lot. The riff ‘Pneuma’ uses is my favorite in all of ‘Fear Inoculum.’ It hits hard; I can only describe the motion like a giant tidal wave. “Smack!” followed by a smooth rush of sound.

We are born of one breath, one word
We are all one spark, sun becoming

As usual, Tool’s lyrics are beautifully abstract. I especially enjoy those of ‘Pneuma’ — the use of enjambments is quite perfect. Maynard’s soft croon elevates them even further, adding to the altogether bewitching experience. It’s by mere centimeters that ‘Pneuma’ takes second place on this list.

‘Fear Inoculum’ was released on August 7th, a whole 23 days before the album dropped. Fans tripped over themselves to listen to the ten-minute track, dumping all of their expectations onto it. In other words, ‘Fear Inoculum’ had a lot to prove.

It begins calmly enough. Alongside tribal-like percussion and pulsating synths, Maynard relates to an idea reminiscent of ‘Parabol/Parabola’: being open to the experience of living. We are urged to “expel” our fear and “forfeit all control” to the forces of change. As in ‘Parabol/Parabola,’ Tool suggests that peace lies at the center of this understanding.

While not particularly fast, the last few minutes of ‘Fear Inoculum’ are euphoric. Crashing cymbals, wailing guitar — it all culminates in a sensual moment of weightlessness and freedom. Curiously, the song ends with a rigorous and rather dark riff. It confused me, at first; why would the feel-good tone be replaced so late in the song? Eventually, I came to understand that ‘Fear Inoculum’ is not about living happily. Rather, it’s about living fearlessly, even when things go wrong.

Commercially speaking, ‘Fear Inoculum’ is a wildly successful album. It was the biggest debut for any rock album released in over a year, selling around 248,000 albums domestically. Despite this, the fan-base seems split on ‘Fear Inoculum.’ Some people hail it as Tool’s best album yet others are disappointed, finding it far too meek to be deemed anything more than “okay.”

Fan-bases can become toxic at times like these. One as old as Tool’s gets the added bonus of “gatekeeping” (i.e. when someone takes it upon themselves to decide who belongs in a certain community). It’s a rare few fan-bases that are able to avoid these behaviors; yet, if Tool teaches us anything, it’s that you don’t have to subscribe to your stereotypes. Being a fan doesn’t mean you have to love what Tool produces, nor obsessively pick it apart. You are you, and still will be decades later. Own it; live your life to the fullest.