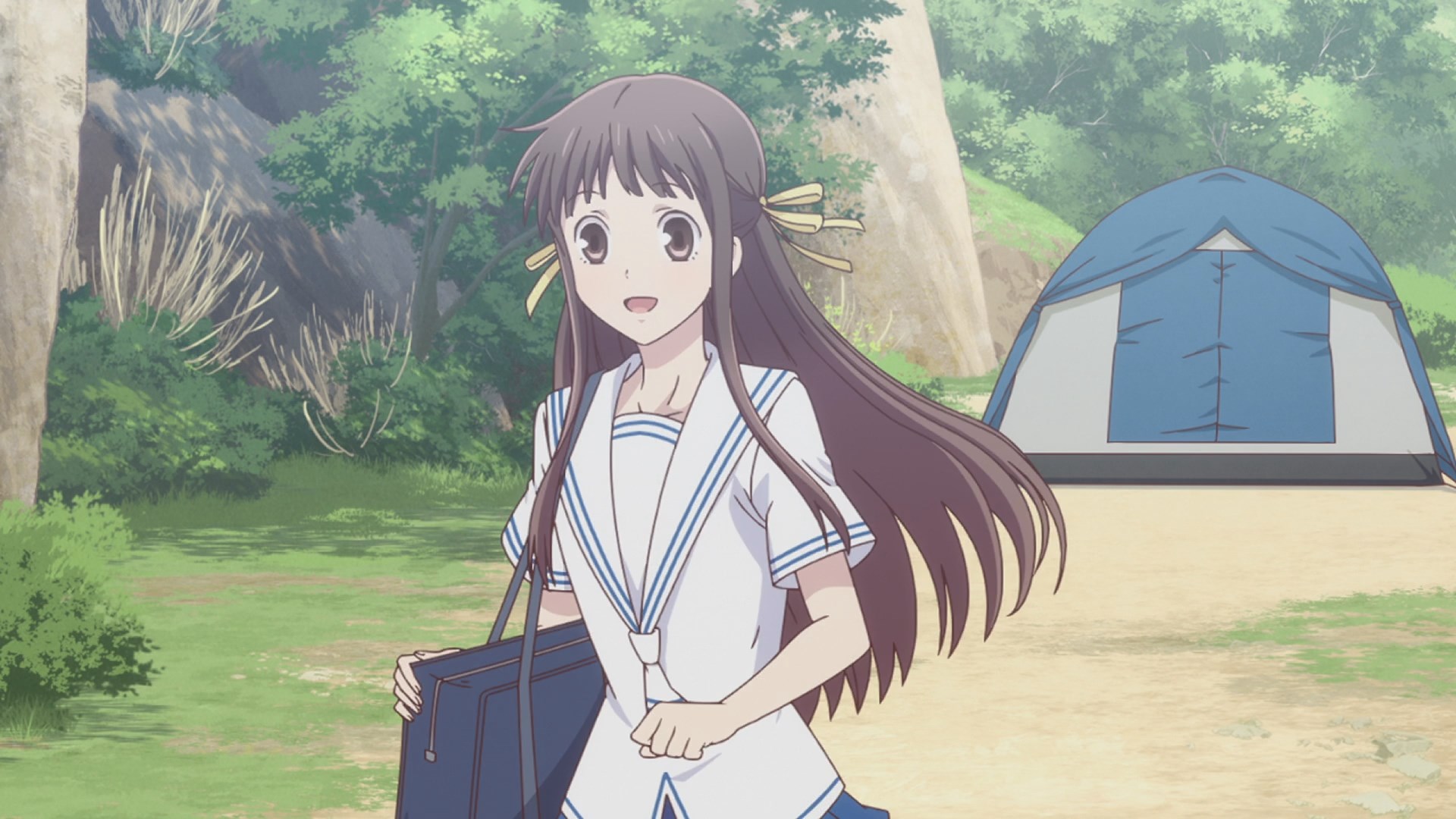 Why Tohru Honda Is A Motivational Character

In the anime community, there is an assumption that nice characters are Mary Sues or characters with no flaws. Fortunately, I don’t agree with this because depth is what makes them not become a Mary Sue type character. Rather I see Tohru Honda, from Fruits Basket, as a broken soul who knows what it’s like to lose someone dear to her. Despite the hardships she has faced, she is someone who sees the world in a positive light.

This positivity is a coping method to move forward with her own grief. Through the story, Tohru Honda plays the role of helping the other characters see the potential in themselves. She is someone who — having gone through loss, homelessness, and financial hardship — is able to universally empathize with other people. Raised by her single mother, she’s never had very much in life and her values are simple compared to someone privileged.

Her upbringing meant her mother was often working and Tohru learned how to be responsible early in life by cooking, cleaning, and doing laundry. In fact, it was so much so that one of her flaws later became an aversion to asking for help. This is why she’s living in a tent at the beginning of the show, and she feels she would be bothersome otherwise. By becoming the housekeeper for Sohma’s she feels she’s doing her part. She’s the type to give her all but never asks for anything in return.

The story begins in the late 1990s just a little after Tohru buries her mother. She is then homeless and goes to live in a tent for a short time. While she commutes for the day, Tohru passes by a home with zodiac figures outside. The zodiac is special to her because of a tale from her childhood. This sentimental memory bridges Tohru emotionally with the Sohma family because they represent the incarnate of the animals she loved.

It’s like finding out your favorite superhero was real all along. While she doesn’t know them yet, it’s as if the Sohmas have been there all along for Tohru Honda. But alas, there’s a catch: anyone who discovers the family secret must have their memory erased. For how would society treat and respond to a group of people who can turn into animals?

She Sees What’s On The Inside

For Tohru Honda, the family curse is only a part of the Sohmas; it doesn’t make her adore them any less. This is because she sees them for who they are as people and for her their kindness in giving her a place to live is invaluable. This makes their curse secondary. Even before bonding with the Sohmas, Tohru Honda stands out with her maturity when it comes to social matters.

The bond between her, Hanajima, and Uotani, despite that they are high schoolers, has elements of an adult friendship. They are loyal to one another, genuine, protective, and not at all shallow. This is particularly true since Uotani is a former gang member and Hanajima is a psychic with a goth personality. These are traits that make Uotani and Hanajima outcasts, but yet Tohru Honda at sixteen possesses a sophistication to look past the shallow surface.

One illustration of this is in a flashback to younger Tohru Honda and Uotani. They talk in the hallway when a teacher recognizes them and questions the two assuming Uotani was harassing Tohru. Tohru Honda doesn’t understand why the teacher is asking her if she’s okay because she just can’t see her friend as anything but a noble person.

Tohru’s nonmaterial perspective doesn’t just apply to the outcasts. In the high school that she and Yuki attend, he is known as a prince; a title mostly earned for being polite, smooth and attractive. But this is a fallacy on his part: It’s a mask to hide his true flaws. By getting to know the Sohmas Tohru Honda bonds with Yuki in particular.

She is the first person to see him for who he genuinely is. He is comfortable around her because she treats him like a human instead of an oogle doll as so many of the students do. This shows that Tohru knows how to be sensitive to the feelings of others. She can see his true loneliness despite his popularity which is why she invites him to play cards with her friends; it’s subtle, but by making him feel human and normal it’s a step to earning his trust.

Despite her considerate side, Tohru Honda isn’t afraid to make an effort to get what she wants even if that means repercussions. When she meets Kyo Sohma he, of course, reacts to her friendly personality quite aggressively as he does with most people and repeatedly makes verbal attempts to push her away, all of which she takes with a grain of salt.

Tohru is genuinely bothered that he appears to dislike her not from a place of ego but from a place of concern that he feels uncomfortable in his new setting. She ignores his lash outs because she wants to establish she is there for him as support. An instance of this is in a scene where they walk home together and say:

Here she’s not saying they have to be best friends but she wants him to know she’s on his side during his transition in life. Part of being an empath makes Tohru quick to see the traits in others and why they behave the way they do, and this allows her to come to understand how Kyo communicates.

At the stage in the story where Kisa enters, Tohru has already met many of the Sohmas. The interactions have all been positive, she’s gotten along with most of them. But Kisa Sohma proved to be a more difficult hurdle for Tohru. Kisa has emotionally shut down thanks to stringent bullying and will not speak to anyone. Tohru explains that she too was teased as a child. This scene shows another accepting side of Tohru in that she wants to make others feel like they’re part of something, that they aren’t alone.

There is a flashback scene at one point where we see Tohru left out of an elementary school game on purpose. Being left out stings her even years later and she never wants anyone to feel that way. This is also why she doesn’t mind Kisa following her around for a while after they connect and constantly gives her affection; she doesn’t want her to feel like a freak anymore or ever again. Tohru’s upbringing with a single mother meant the two held a close bond. Therefore she reflects this motherly attachment onto the lonely Kisa.

It’s possible that the fact she’s not over her mother is what drives Tohru to put so much maternal attention onto Kisa. One of her special possessions is a picture of her mother she carries around. The fact she constantly calls this photograph ‘mom’ shows that Tohru has not processed her mother’s passing. This is shown in a scene where a boy steals her backpack with the picture and she says “moms been kidnapped!”

By losing her mother Tohru not only lost her sole parent but also her old life and old routine. This proves she has difficulty accepting change. Despite living in the Sohmas house she still tries as much as she can to be self-sufficient. Her refusal to change is connected to her grief. We see in a flashback how she was responsible for the housework when living with her mother.

Housework is a reminder of that era and so the intention in accepting the Sohmas offer is holding onto a key part of her past. Tohru’s kindness is at a level of being able to understand people from the inside out. It’s also a flaw as she prefers focusing on taking care of those around her that she forgoes her own self-care. Nice can be a genetic trait, but there’s nothing generic at all about Tohru Honda.