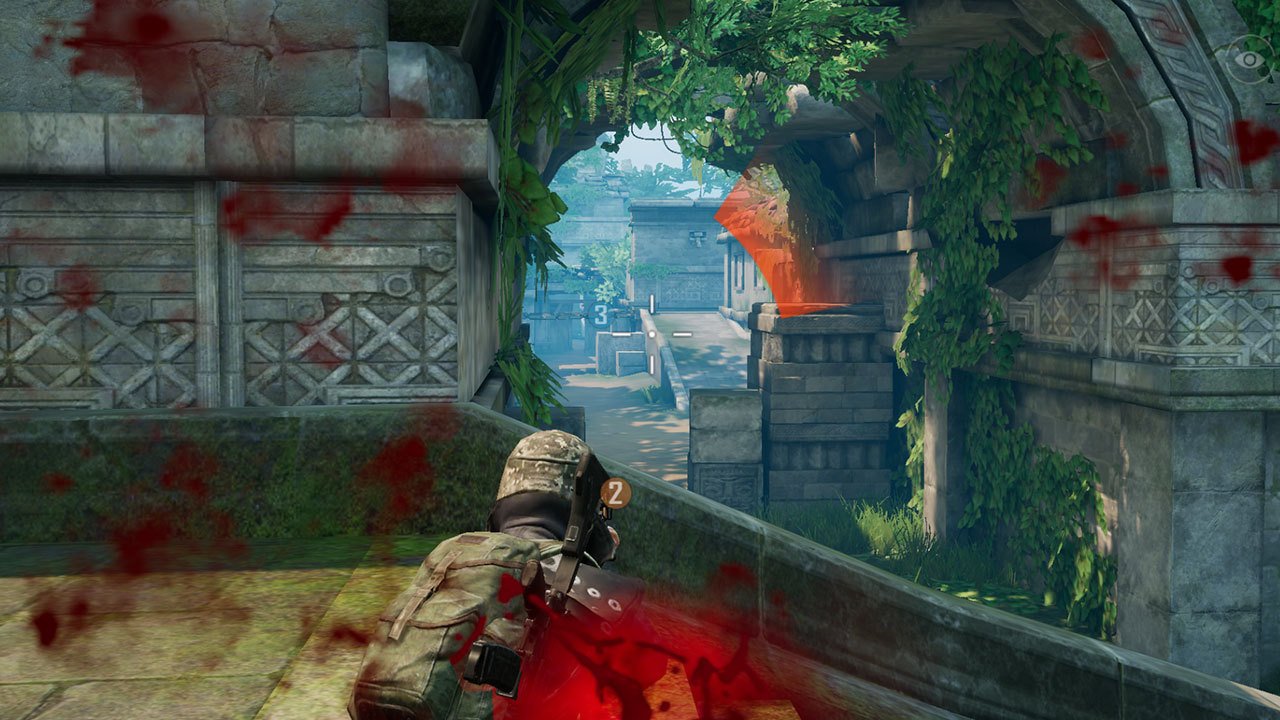 Gamers experience more intense, fast-paced combat compared to Classic matches and can hone their skills with different weapons. The slide feature that was added recently makes close-range combat all the more intense. Momentum played a big part in determining the winning team. When a team advances to an enemy base, they have the best vantage points. Restoring health before the next wave of respawns, they have an advantage over the enemy team.

TDM Warehouse is set on a playing field in a mountainous region. Stone pathways lead to obstacles such as storage containers, lumber houses, and logs. These man-made barriers protect each end of the team bases. As its name suggests, a warehouse is at the center of the map.

Be careful of heads you see peeking out of the side of the enemy wall. This relatively small map is perfect for both close-up assaults and long-range sniper shots behind enemy base walls or barricades, so players behind enemy walls often make one-shot kills with the Kar98k sniper.

The concrete blocks and open storage containers also make great hiding spots and instant kills. Because the pathways are interconnected, players can easily ambush enemies or support teammates on the other side of the playing field. This, coupled with the maze-like barricades within the warehouse, makes the match more suspenseful when players rush to retrieve the M249 rifle at its center. I like how the close-range fights are intense, and having a rapid-fire gun makes you the closest thing to being invincible (Vector is my weakness, though).

PUBG’s TDM The Ruins — Be On The Lookout

The Sanhok-inspired TDM The Ruins map is situated in a rainforest, and vines cover the ruins of the stone buildings. A larger map, The Ruins allows players to shoot from multiple levels and angles, from the ground to atop a roof. The Ruins offers more dimensions than Warehouse does in its new features, such as raised platforms, gateways, and bridges.

TDM The Ruins has a lot more hiding spots, given there are more stone boulders, walls, and ajar doors to peek from behind. While there are more different types of pathways, like long and narrow passages or open grass spaces connected by stone-blocked entrances, they are less interconnected than they are in TDM Warehouse. The narrow pathways make team ambushes more intense. Thus, footsteps and gunshot sounds play a greater role in determining where enemies are in the larger playing field.

I personally enjoy how the enemy bases constantly shift sides. Respawn locations also differ after each death, which is a feature that TDM Warehouse does not have. You might, unexpectedly, respawn near where you die and have the chance to inflict instant karma. Although the map is larger, it allows for creative team strategies and shooting styles. Players can shoot long-range from one end of the field to the top of a staircase, the heart of the enemy base, or they can fight close-up battles intensely with rapid-fire rifles.

What I Hope To See In The Ruins And Future TDM

The Ruins is by far my favorite TDM, but I would love to see a Vikendi-inspired snow map with new types of complex barricades like waterfalls. While I prefer a larger playing field, I thought the interconnected pathways in TDM Warehouse made the game more interesting. I especially enjoyed The Ruins‘ multiple levels and vantage points, and I hope to see more guns that are exclusive to Classic matches — like the Mini14 long-range rifle — as weapon choices.

Also, check out Riot Games’ plans for League of Legends in the future.