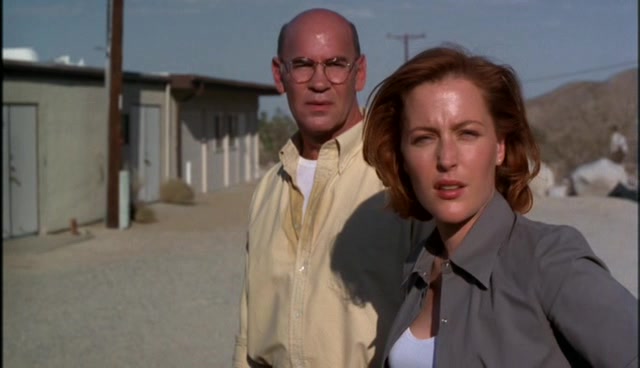 The X-Files: A television cult classic and a must-watch for anyone who’s ever wanted to believe.

The story of The X-Files follows the work of Fox Mulder and Dana Scully, two FBI special agents who investigate X-Files: marginalized, unsolved cases involving paranormal phenomena. However, they have different approaches to these cases. While Mulder believes in the existence of aliens and the paranormal, Scully is assigned to make scientific analyses of her discoveries.

Fox Mulder is a special FBI agent. He is always on board for the most obscure, creepy interpretations of any events they encounter. This is due to the childhood experiences he had, in which his sister was supposedly abducted by aliens. Because of this, Mulder earned the nickname ‘Spooky’ in the FBI academy for his unconventional theories on the X-Files.

Dana Scully is also a special FBI agent and a medical doctor. Unlike her partner, and as a scientist, she is a skeptical person who doesn’t believe in what she can’t see. She’s very down to Earth and prefers to apply logic to every case they encounter. Interestingly enough, she also has a Catholic Christian upbringing, and she remains somewhat entrenched in her religious beliefs.

A Brief History of The X-Files: The When, Where and How

The X-Files is an American science fiction horror drama series created by Chris Carter. The series aired from September 1993 to May 2002 on Fox, spanning 9 seasons and two feature films. A tenth season revival consisting of six episodes aired in January 2016.

The X-Files was originally inspired by other shows with similar themes such as The Twilight Zone, Alfred Hitchcock Presents or Kolchak: The Night Stalker. The series was an instant hit and received largely positive reviews. It also inspired many pop culture references and movements such as mistrust of the governments, conspiracy theories, and even spirituality.

TV shows focused on crime and mystery solving have been done countless times, but what makes The X-Files so special is that it adds a paranormal twist to it. And it’s probably not what you’re thinking – instead of focusing on ghosts or urban legends (see Supernatural for that), the cases from the X Files have more to do with aliens and conspiracy theories.

This is not only an excellent idea because it brings in sci-fi fans, but also because discussions about aliens are always captivating, ranging from people who think it’s only logical that we’re not alone in the universe to others who believe it’s all a farce. There’s a lot of things to cover in the span of nine seasons, and the wide range of topics that the series explored is one of the reasons that made The X-Files so appealing as a classic of its genre.

Another reason behind its success is the fact that Carter reversed gender stereotypes by having Mulder be the believer while Scully is the skeptic scientist. Because of this, Scully, and by default Gillian Anderson, is considered a female role model for many viewers. Furthermore, the dynamics of two FBI partners with such opposite approaches to these unnatural events made for some very entertaining television, but also really thoughtful reflections on faith and skepticism. Mulder and Scully have become one of the most iconic duos in the history of television, appearing in songs and even being the origin of the term “shipping”.