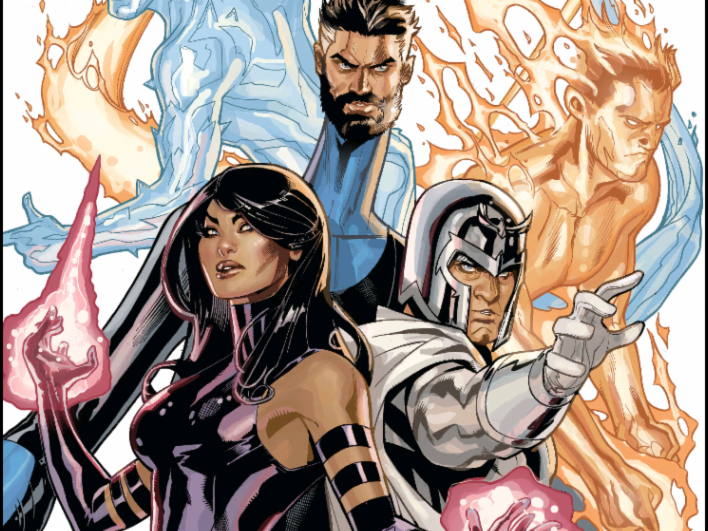 Would you start a war for your children? If you’re a member of Marvel’s first family of the fantastic, it’s without question. Even when it means attempting to raid a newly-formed nation-state run by the species that your son belongs to. So naturally, consequences are incoming, in X-Men/Fantastic Four #3, written by Chip Zdarsky, drawn by Terry Dodson, with inks by Rachel Dodson and Ransom Getty, colors by Laura Martin, Andrew Crossley, and Peter Pantazis, and letters by Joe Caramagna.

Consequences For The Fantastic Four

The X-Men are not especially well known for stealing children from their enemies, much less those they call, or have called, friends. But the game has changed. The Fantastic Four have no idea if they can even trust the X-Men, and it’s driving them to make some very rash decisions, like attempting an assault on Krakoa. But Franklin is elsewhere, and so the Four attempt to get away in hot pursuit. The X-Men have other ideas, and aren’t too thrilled about being attacked in their home.

The X-Men absolutely will not hesitate to shoot you from the sky, it is a good lesson to take from X-Men/Fantastic Four #3. The new visor for Cyclops is possibly the most fun new design in this series. With his steady and precise aim, Cyclops takes them down in an instant. This whole scene is made fun by Zdarsky’s endlessly charming dialogue. Whereas the art falters for me here, with the heavy use of inks limiting any sort of interesting design work in the X-jet.

The Goading Of Doctor Doom

Doctor Doom is a hard character to get right. He has so much complexity to his character, not as straightforward as a villain as you might expect. Chip already had an excellent grasp of his voice during his acclaimed run on Two-In-One, and he didn’t falter here. He’s antagonistic more than anything, and in X-Men/Fantastic Four #3, that is on full display. From the moment the mutants and the Richards family arrive, he manages to be not only insulting but also stokes the flames of old rivalries.

Doom is a jerk, absolutely, but he is a jerk with a style and a panache that is unrivaled. It’s not enough for Doom to embrace his antagonistic tendencies, as there is also a subtle softness to Doom that I would argue is utterly essential for his character to work. He’s so much more than another villain in the rogues’ gallery of most every hero in the Marvel Universe, there is also depth there. In a single exchange, he highlights his love for the Richards children, while taking a dig at Reed and asserting his own mental dominance over them all. Zdarsky’s writing of Doom is arguably worth the price of entry alone.

This is hands-down, the best page in X-Men/Fantastic Four #3. The rise of Krakoa hasn’t been addressed by nearly enough people of prominence in Marvel’s universe, particularly by those with their own countries, like Doom or Black Panther. The conversation at point-blank between Xavier and Doom, the two heads of their respective nations, is packed with tension. The delivery is brilliant, and shows an understanding of not just these characters, but of the landscape of the X-Men as a whole at the moment. This is exactly the kind of content I would like to see more of in Dawn Of X. There’s a sense of impending….doom, if you will, regarding the nations’ stance on each other.

Should You Read X-Men/Fantastic Four #3?

I continue to marvel at just how well-executed this book is on Zdarsky’s front. He’s spinning an enthralling tale that could have ramifications for years down the road. It’s an exciting adventure crafted with love by someone with a very solid grasp on the characters and the story-at-hand. That being said, the art is the weak part of X-Men/Fantastic Four #3. It looks like the pencils are fairly rough, letting the inkers do a bit of the heavy-lifting. The colors are solid, but can only do so much to salvage the work. The art team for this book is simply too big to yield a singular, cohesive vision. That may work for some, but for me it’s the only downside in what is an otherwise engrossing tale.