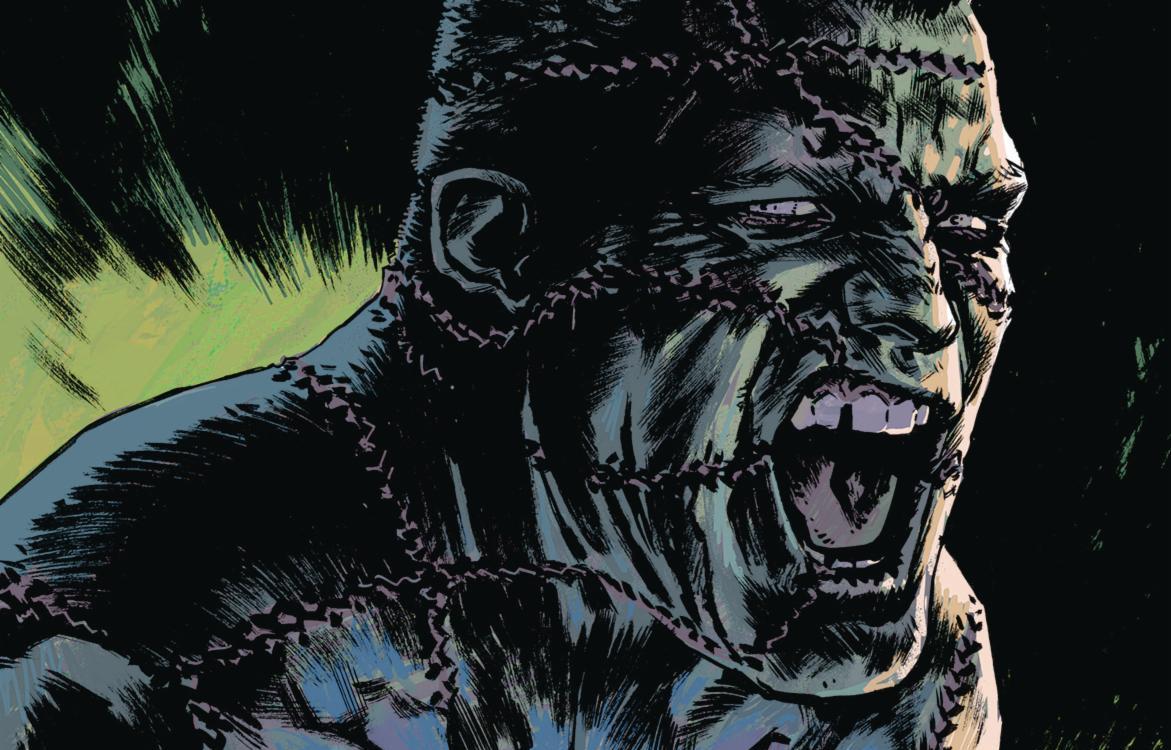 The Man Behind The Monster In Jughead the Hunger #11

It’s finally here, the moment everyone has been waiting for. Who will win Frankenmoose or Wolfjug? As this question is solved, many other mysteries will appear. Plus, there is an ending you will not want to miss. Jughead the Hunger #11 is filled with surprises and page-turners. This issue has enough action that readers will need a breather after they put the book down. This is not an issue to miss, and readers may be asking, “What makes this issue satisfying?” Well, let’s dig up some bodies and join Archie, Betty, and Jughead at the Riverdale Asylum where we last left them. This is Jughead the Hunger #11, let us take a look.

What Happens In Jughead the Hunger #11?

Jughead the Hunger #11 starts with a journal entry from Milton Doiley. He speaks of all of his experiments that worked and the ones that did not. His major success was bringing back Dilton from the grave, but this version of Dilton was cowardly and lacked intelligence. He thinks there is no way to bring people back from the dead until he runs into Moose’s destroyed body. He then decides to do one more experiment. The story then cuts to the present where a giant battle is occurring. Frankenmoose is battling WolfJug, Betty, and Archie. Then Betty has an idea and scares Frankenmoose with fire and begins to taunt him.

Just then Midge bursts in and tells everyone to halt and tells them not to fight; as Moose wouldn’t hurt any of them. As they all agree, they then focus on Milton and consider him the real villain in all of this mess. Milton then interjects and explains that he is only trying to help. Explaining that werewolf blood was the key, he would require all of Jugheads blood to bring everyone that was murdered back to life. Jughead agrees to give up his life for everyone else, and Betty agrees as well. Archie begins freaking out about everyone’s decision and tries to change everyone’s mind with no luck.

I will break from this summary to tell you that the comic then outstanding at this point. As the climax is especially exceptional in Jughead the Hunger #11. It has a huge surprise. If you want to read the comic for yourself, you are welcome to skip this section. I do urge all fans of this series to read the comic, but if you want to know the end, keep reading.

Let’s Talk About The Exceptional Jughead the Hunger #11

Archie freaks out about everyone’s reaction and determines to make a decision of his own and decides to pull out a gun. The group tells Archie not to shoot Milton, and he exclaims he’s not aiming at Milton. He then proceeds and shoots all of Milton’s science equipment. The Asylum begins to catch on fire, and Milton screams at Archie for his actions. Just then all the Asylum doors open and all of the experiments walk out. Milton demanded that everyone leave and that he would take care of the situation.

Archie, Betty, and Jughead come back the next day and everything is burned to the ground; including Franken-dog and no bodies are found. Then the trio Spellman’s notice something coming toward them, and it’s Frankenstein Hot Dog. As they are happy with the dog, there is a note attached saying that everyone is going away for a while. The comic cuts to Midge, Moose, Milton, and Dilton on a road trip. Milton then made a call saying that there was a situation and that he would keep fighting. The person on the other end hangs up. It was revealed that Milton was talking to Mr. Lodge and that he is Dilton clone as his butler.

There’s Just Something About Betty & The Terrifying Frankenmoose

A wonderful moment in this comic was Betty being a fan of classic horror. As this version of Betty is rough and tough, it’s great to learn that she is a fan of something and not just focused on her monster killing job. Though these could have been educational films for her, they did give her some satisfaction. That was a great moment of character development because lately, all we know is that she’s very career-driven and smart. It was also great when she used her expertise and perspective to scare Frankenmoose with fire, knowing that it was Frankenstein’s one weakness.

Frankenmoose is a character no one should mess with. Moose as a giant Werewolf was scary enough, but Frankenmoose was terrifying. With this issue, readers now know plenty about this character. He is mighty, wise, protective, and afraid of fire. The scariest trait, though, is that he is indestructible, he can be scratched and then self-heal. If Milton ever gets his hands on anymore Werewolf Blood things could get dangerous incredibly fast. There will definitely be a huge reunion with these characters again. If Milton creates a bigger army, the trio will have a huge problem on their hands.

After reading this issue, it has become one of my favorites of the series. There was action, character development, and a marvelous cliffhanger ending. When we think we have seen everything this series has to offer, Frank Tieri shows us that we have yet to see the best of it all. I’ve grown to love this series after each issue is released.

It’s a series that keeps me coming back; not for just the story, but the characters as well. They are not the same characters we grew up with and it’s a great spin on the Archie characters. To see Archie as more than just the hero and main aspect of the series is fantastic; Jughead and Betty are the real stand-outs in this series. The writing shines when they are both on the page, and the twists and turns of the story are the icings on the cake.

A Wonderful Conclusion To The Jughead Horror Series

This issue is the conclusion of the Frankenmoose Versus WolfJug chapter, and what a chapter it was. It had stronger monsters, mad scientists, and a tiny love story, plus a Franken-dog. I cannot wait to see the next adventure for these characters. I hope there are more monsters that come to Riverdale. As the story concluded and I thought about where the series could head, something came to mind. Is Sabrina apart of this world? If she is, I would assume Betty would not be a big fan of the Spellman’s. It would also be a fabulous chance to step foot out of Riverdale, but all of these theories are for another time.

Jughead the Hunger Issue #11 was a great issue and a must-read for fans of the series. As this issue is out today, I would urge you to grab it. Like always, the series will leave you hungry for more.

ALWAYS WANTING MORE!
This is an issue that should not be missed. It has everything a good comic should and more. This series doesn't disappoint and a perfect example of great art and writing.
PROS
CONS
97
CORPSES