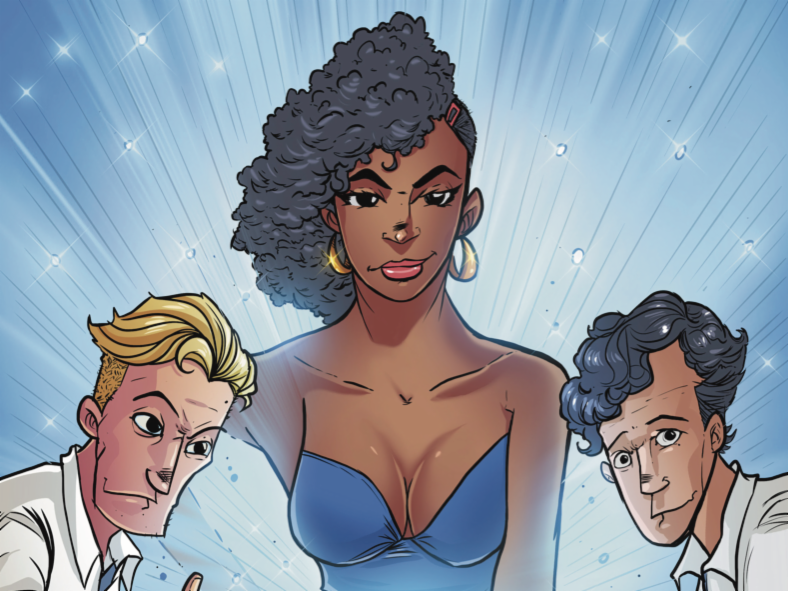 After a very long delay, The Mall from Scout Comics makes its return to our local comic book store shelves. Scout was kind enough to give us here at The Daily Fandom a look at issue three and four. While The Mall has been pretty great so far, with its mix of John Hughes-esque teen movies and crime dramas, it kind of slips up in its return. Though most of the problems come from The Mall #4.

The Mall #3 Is The Best Issue So Far

The Mall #3 delivers what I was expecting and is overall pretty great. Each character is given a good amount of screen time and they start bonding more as a result. The potential romantic chemistry between Lena and Dallas is interesting especially the ending of The Mall #4. Of course, the fact that they think they are brother and sister now puts a bit of conflict into this growing chemistry. It’s a bit strange, but actually quite interesting. Considering this is an 80’s styled comic, I wonder if Don Handfield and James Haick III are attempting to do a reverse Luke and Leia from Star Wars.

I like how each of the kids takes a different perspective on their shops. Lena just goes with it in the hopes that it will provide her protection, which is understandable considering what her father is like. Diego becomes the brains of the operation, and it was quite fun to watch this seemingly innocent geek suddenly become a crime lord of sorts. Dallas is uncomfortable with the situation but is willing to go along with it to ensure he and his mother have a steady stream of money. That’s, of course, all put to the test when Dallas’ mother overdoses on the drugs being dealt in the shoes sold by Dallas.

The Baffling Choices Of The Mall #4

#4 is where the problem comes in. Now, don’t get me wrong, I enjoyed the issue despite my misgivings. So the opening just ends very oddly. Dallas’ mother overdosed and Dallas decided to make his store go clean. He even reacts the way I expected him to, by taking the gun given to him and threatening Holmes. However, after the store goes clean, Dallas decides not to visit his mom. As a matter of fact, she isn’t mentioned after page three.

Dallas goes right back to joking and flirting with Lena, which just causes a complete tonal disconnect. And then at the end of The Mall #4, he holds a small gathering at his house. While the sentiment from his friends is clear enough to cheer him up, there is no mention of the emotional turmoil he must be in. It’s just so strange. I hope this is justified in future issues.

The next problem comes with Diego’s story in The Mall #4. It’s fantastic, as a matter of fact, it’s the reason I picked up The Mall in the first place. It’s literally The Mall preview that they handed out on Free Comic Book Day 2018. So, over half the issue is something I read a year ago for free. I got a review copy of this issue. If I had bought with my own money I would be angry. Using the Free Comic Book Day issue to entice people is a good idea, but just using a portion of an issue you have in development is quite honestly disrespectful to the reader. Make it a side story, or an introduction, and provide it at the back matter of an issue down the line, but don’t make it the main plot of an entire issue.

The Mall #3 and #4 are exactly what I wanted from this series. Fun character dynamics along with the mixing of two distinct genres, 80’s teen coming of age film, and crime drama. However, some of the creative decisions in The Mall #4 really drag down what in my opinion has been a fantastic series. I still look forward to reading more though.