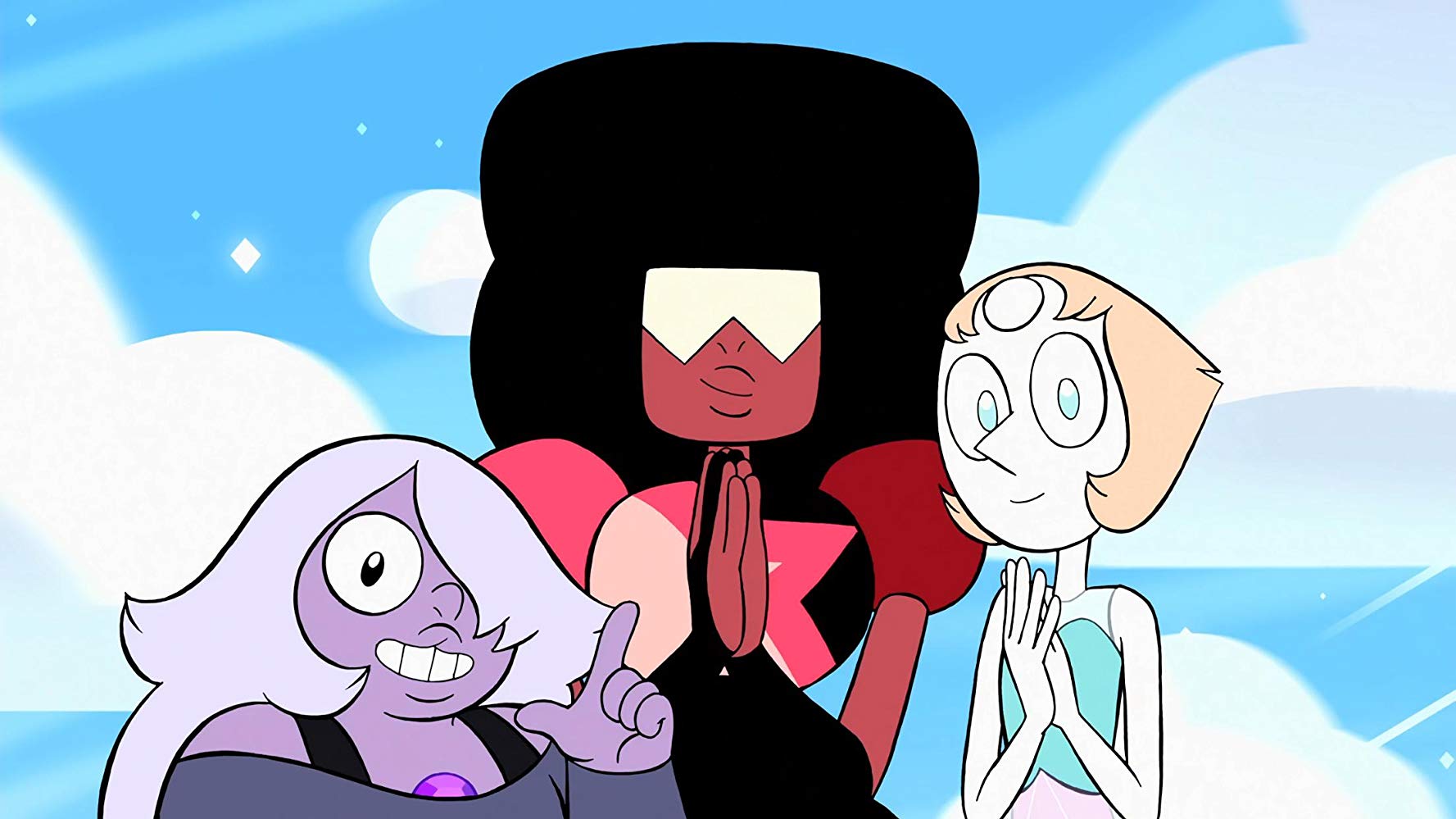 The Importance Of Complex Characters In Steven Universe

Whether we like it or not, television has a large influence on those of us who consume it. According to Tech Crunch, in the United States, adults spend almost six hours a day watching videos. That includes YouTube videos and regular television. That’s a lot of media to consume. These influences aren’t necessarily bad, but we do tend to absorb a lot of information from screens. In some cases, this can be a very good thing, especially when shows include diverse and complex characters.

Relating to a character or a moment can make a show more engaging. We care more about what’s happening because there’s a character that’s just like us. For a lot of people, they don’t get to see themselves on screen as often as they’d like. So, when they connect with a character, that means something. In the popular Cartoon Network show, Steven Universe, the writers have done just that. Creator Rebecca Sugar has always put representation at the forefront of the show and worked hard to include LGBTQ+ characters, stating in an interview with Entertainment Weekly that,

“We need to let children know that they belong in this world.”

While Sugar has focused on making Steven Universe an LGBTQ+ filled show, her use of complex characters makes the show shine. The show offers many unique characters. Viewers are bound to find at least one character they relate to. In a way that makes you feel special like you’re not alone. The use of complex characters not only leads the way in representation but makes the show incredibly compelling, a masterpiece of storytelling.

Steven & Living Up To Your Potential

Take the main character, Steven Universe. At the forefront of the series, he is a young child who is just learning how to use his powers. He isn’t much help to the crystal gems, and he doesn’t think about things before he does them. In the eyes of everyone in town, he’s kind of a nuisance. They all love him, but he’s bothersome. Over the course of the series, he grows.

Steven finds out that his Mom is a Diamond, one of the creators of the crystal gems, and fakes her own death to save Earth. He makes mistakes and learns how to fix them himself. He learns when he needs to ask for help. And sure, there aren’t children running around telling their parents that they’re going to save the Universe, but for a kid who doesn’t feel like they fit in at school, or doesn’t feel like they’re good enough, Steven is a great example of growth.

Then, of course, there’s Pearl. Pearl is a common topic in the realm of all things Steven Universe. Some people hate her, some people love her, and some people are dead neutral. When I first started the show, I couldn’t stand her. She was basically a helicopter parent to Steven. Pearl’s story was complicated. She was very close (some might say, in love) with Rose Quartz, Steven’s mom.

When Steven’s father, Greg, came along, she felt cast aside. She spent a lot of her time trying to prove herself to Rose Quartz and was always by her side. After Rose’s death, she didn’t know how to fight for herself. She didn’t know how to be alone. A feeling that is incredibly common. Losing someone is hard, and it’s hard to regain balance in your life afterward. Pearl is a great showcase of a complex character finding their footing again.

Amethyst is the runt of the group, the youngest gem and therefore, the jokester. Pearl and Garnet almost never take her seriously, and she finds a closer friendship with Steven than she does with either of them. Her upbringing was rough. In episode forty of season one, “On the Run,” Amethyst says, “I never asked for it to be this way. I never asked to be made.” She struggles with the fact that she was born on Earth, with a bunch of other Amethysts.

She was made for battle; except she was born too late and too small. This part was especially heartbreaking, and one of the first episodes (of many) that brought me to tears. It’s a common feeling for people with depression. Life is hard, and they never asked to be made either. It’s an easy feeling to relate to. The important thing is that Amethyst found her place. If you relate to her, you can too.

Garnet & The Importance Of LGBTQ+ Representation

Garnet is one of the most complex characters on the show, and one of the most necessary. She is a fusion of two gems, Ruby and Sapphire. That in itself was a huge step for animated television. They were one of the first openly gay couples in animation, and they were the first to get married on air. Garnet has struggled with a lot, but most importantly, her fusion.

In Homeworld, where the gems are from, the Diamonds and their minions preached that fusion between two different gems was wrong. Garnet was forced to flee. She then found the crystal gems, who accepted her for who she was. An important lesson for LGBTQ+ youth and anyone struggling with the idea that they don’t fit in. First of all, your love is real, and second, you will find the people that accept you for you.

Lapis & Learning How To Deal With Fear

And then there’s my favorite, Lapis Lazuli. Lapis is a gem that has been trapped in a mirror for hundreds of years. Steven released her and she grew close to him instantly. After a short time on earth, the crystal gems threatened her and she fled. Steven tried to convince her to stay, but he was unable to. This was a recurring pattern for her. Return to help, then leave when things get hard.

She was scared, and she thought running away was the best option. Especially when you’ve faced abuse or hardships in the past (like being held captive in a mirror) running away feels like the only option. The most important thing is that no one shames her for leaving. They understand that she’s scared and welcomes her back with open arms whenever she returns. Eventually, she realizes that she can stay and fight and that everything will be okay because she’s surrounded by people that she loves.

Whether you’re looking for a show to make you feel all warm and fuzzy inside or a show that often makes you cry, you’ve come to the right place with Steven Universe. You’ll find a character you relate to, and you’ll maybe even learn something new about yourself. Steven Universe has a way of showing these complex characters on screen that makes its viewers turn and reflect on themselves.

I know I did. Whether you’re feeling like the runt of the group, you don’t belong, your relationship is wrong, or you’re afraid, you’ll find comfort in relating to the characters of the show. And if for some reason you don’t find someone you relate to, I hope you enjoy it anyways. But I bet you’ll find someone with even a hint of your personality, and I hope that makes you feel represented.