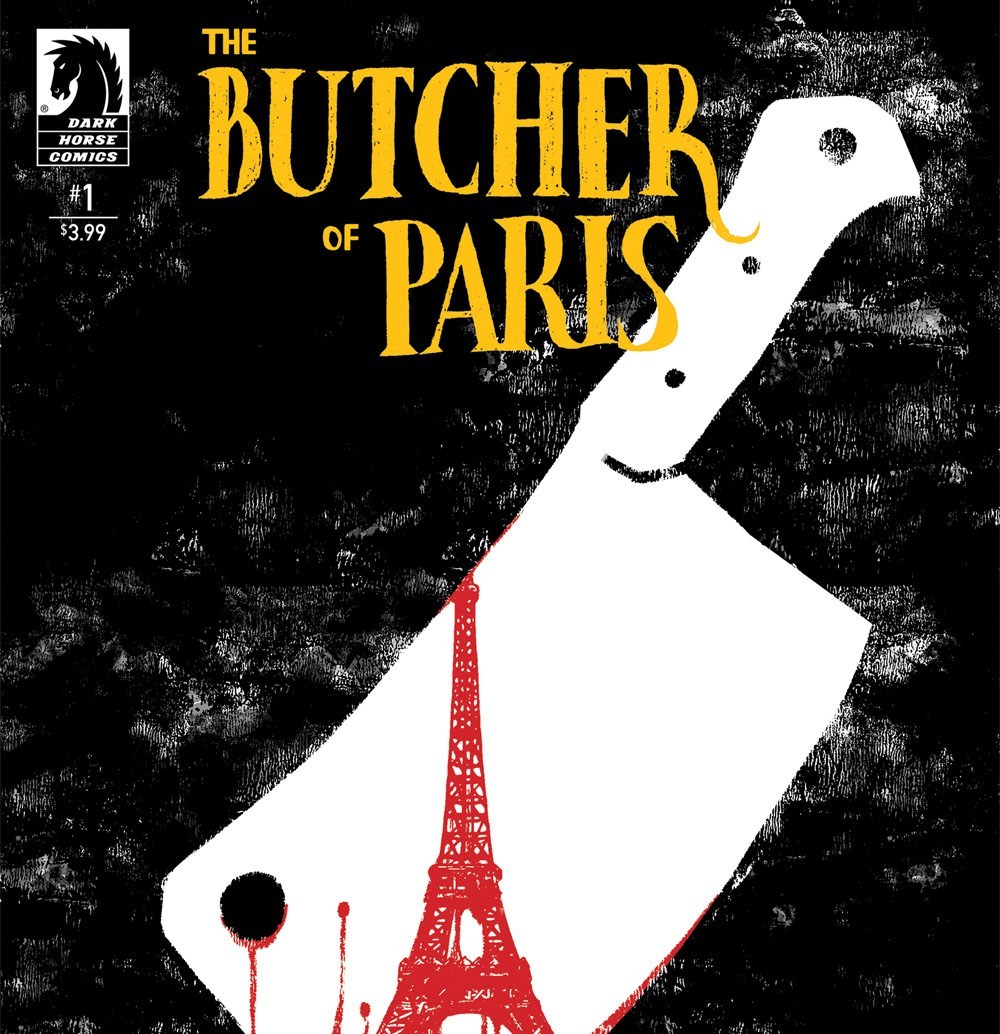 The Horror Of Humanity In The Butcher Of Paris #1

A truly horrifying tale from World War II comes to light in The Butcher of Paris #1. Writer Stephanie Phillips, artist Dean Kotz, colorist Jason Wordie, letterer Troy Peteri, and cover artist Dave Johnson bring us a true story of desperation and blood during an already violent time in human history. What is the story behind this horrific serial killer?

What Happens In The Butcher Of Paris #1?

The Butcher of Paris is based on the true story of killer Marcel Petiot, who used Paris as his hunting ground in 1944 during the German occupation. Posing as a member of the resistance, Petoit preyed on innocents fleeing German persecution. Instead of sending these desperate people to South America, the Butcher of Paris sent them to the beyond.

Beginning this tragic tale, The Butcher of Paris #1 introduces us to the main cast of characters. Additionally, it sets up a future manhunt by French detective Georges-Victor Massu, his son, and the Nazis. The Gestapo first capture Yvan Dreyfus on suspicion of helping Jews escape Paris. Then, in order to protect his wife, they force him to find and bring them the names of resistance members.

Little do they know this resistance operation is not what it seems. Finally, a fire calls the attention of the French police, leading to a horrific discovery – the remains of several people butchered in a basement. Detective Massu and son are on the case, but how will they find the monster behind such unspeakable horrors?

I don’t know what it is about serial killers, but their twisted stories seem to capture endless interest. I’m no exception to this. Though the events of this story are gruesome and devastating, there’s something about it that you just can’t turn away from. Maybe seeing the truly awful extent of the human capacity to hurt one another helps us feel secure in our own humanity. Whatever the reason, if you’re interested in the macabre, The Butcher of Paris #1 is sure to satisfy.

So far, my only complaint is that I don’t feel any sort of attachment to the characters. I’m sure in later issues we will come to know more about Georges-Victor Massu and his son. But, for now, we know next to nothing. All they have going for them so far is that they aren’t serial killers or Nazis. A lot of this problem has to do with the fact that this is only issue #1. Given that the remainder of our cast seems to be either murderers, Nazis, or dead already, they’re all we’ve got. I hope that Massu and his son can satisfy the need to have some glimmer of humanity in a tale as dark as this one.

The Butcher Of Paris, Line By Line

Visually, this comic has a lot of interesting elements going on. The artwork is generally rather colorful especially considering its dark content. To make up for it, the vibrant red used for blood starkly contrasts the rest of the imagery. This is seen most clearly in the dramatic cover art for The Butcher of Paris and is extremely shocking in the end page of the comic as well. The red really sets the tone for the horror of the piece.

Also, character facial expressions are done extremely well here. The desperation of Dreyfus and other characters is so clearly etched into each line on their faces. Furthermore, just one look at the man residing at 21 Rue Le Sueur tells us that he’s up to no good. Even characters who don’t have many strong emotions in The Butcher of Paris #1 like the Nazis show how they feel. Their faces portray a cold indifference to the desperation of those around them.

When A City Goes Dark

Though not part of the story of the comic, a look at author Stephanie Phillips’ remarks after this first issue highlight why this story is so important to hear. The central issue of this comic is that in a time full of violence and human anguish, a man was able to prey on people’s desperation. How we treat each other during times of crisis is central to what makes us human. We need to remember to look at each other with compassion and not exploitation. With violence and prejudice still prevailing on a global scale, this story serves as a warning to us all. Marcel Petiot is not the only monster in this tale, but his actions remind us that we need to combat hatred and cruelty.

“The monsters that appear in The Butcher of Paris were not exorcised in the 1940s.”

The Butcher of Paris #1 is definitely worth checking out. With an interesting story and setting, detailed artwork, and a fascinating look at humanity, this comic will leave you thinking deeply about the human condition. If you’re interested in serial killers, World War II, or true crime, the story will certainly appeal to you. With the holidays just around the corner, this is the perfect new comic to give to the murder fan in your life. So dive into some of the darkest parts of human history.