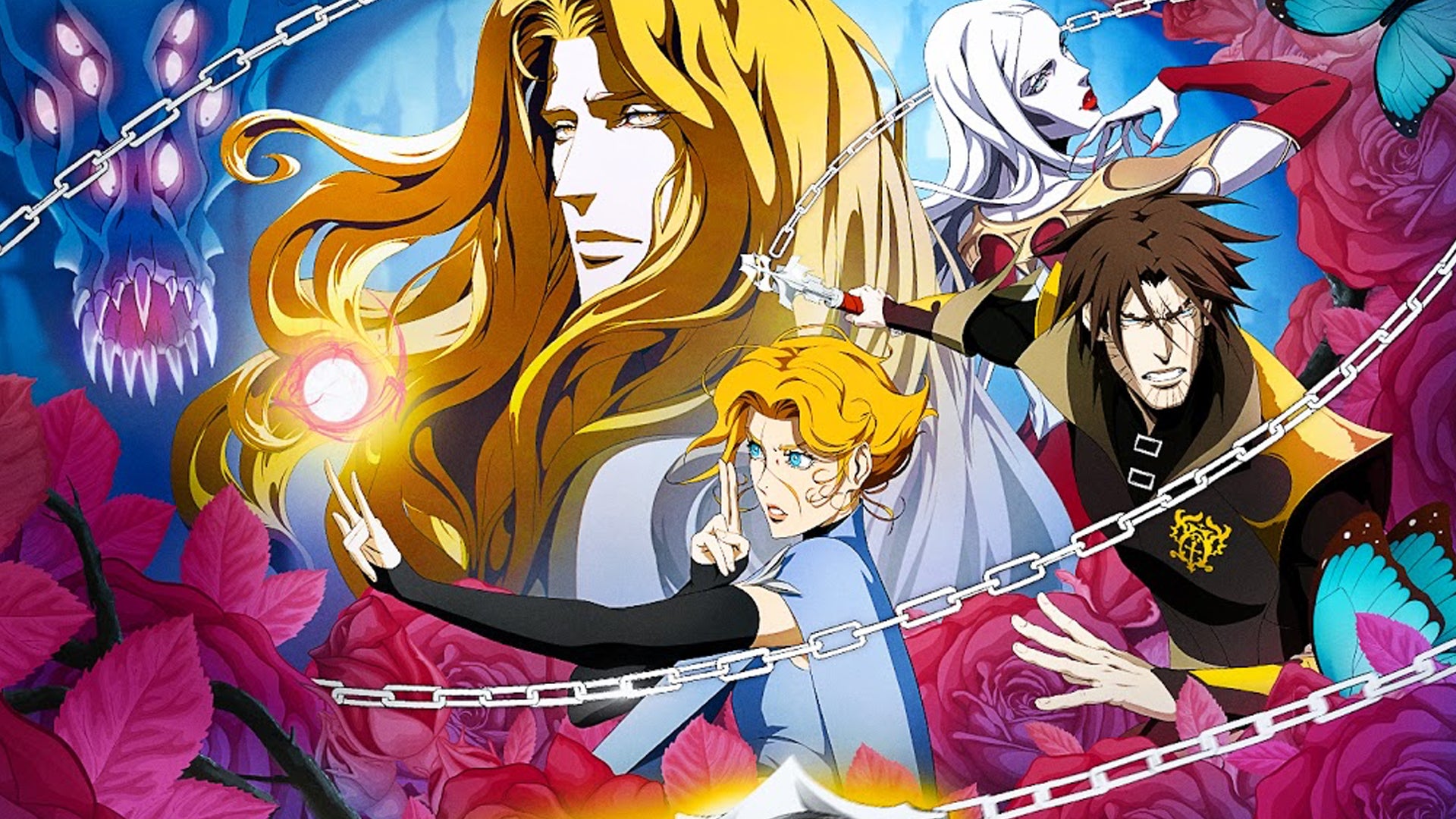 The Gate To Hell In Castlevania Season Three

Castlevania season three returns to follow our heroes, Trevor and Sypha, as they battle a psychotic group of monks plotting to crack open the gates of hell and bring Dracula, previously murdered by his son, back to the land of the living. In Dracula’s absence, a power struggle ensues amongst humans, vampires, and magicians. Castlevania season three confronts what it means to have humanity all whilst being funny, action-packed, and endearing.

The Pain Of Loneliness In Castlevania Season Three

It had been a month within the storyline since we last saw the beloved characters. When reintroduced, it was discovered that Trevor and Sypha had become emotionally attached during their adventures to help others. Alucard had grown lonely guarding Dracula’s desolate castle. Camilla had taken the forge master, Hector, prisoner to her vampire sisters. And Isaac had begun creating a night creature army to enact revenge on those that have done Dracula wrong.

With all of the branching off of various stories, it was easy for the story to become derailed and lose its momentum. However, Castlevania season three did a great job making every plotline feel important and interesting. All of the stories worked toward a common theme: loneliness. This drove the characters in different ways. Some drew closer to one another while others became detached.

New characters were introduced within the main characters’ storylines. This was both advantageous and detrimental to the characters’ loneliness and sense of humanity. The new dangerous vampire, Lenore, tricks Hector by using his need to be accepted against him. While Castlevania season three generally sets the stage for the characters to grow… poor Hector is still as dumb as the day is long.

Previously alone, Alucard opened his heart and home to two Japanese twins who begged him to teach them how to fight the vampires that invaded their land. He felt happy to no longer be alone in the vast castle. Once betrayed by the twins, the previously kind Alucard hardened his heart to humans. This is similar to his father’s hatred of humans. The betrayal had caused Alucard’s previous loneliness to feel justified. All those close to him have either hurt him or left him. This sets up Alucard’s storyline to be very interesting and potentially bloody.

Corruption, Purity, And Everything In Between

Sypha and Trevor encountered a village run by a corrupt judge and priory. In her line of business, night creatures, hell, and Dracula were awful ideas Sypha could wrap her mind around. However, a human man who murdered little children for fun was something that was out of her range and thus deeply disturbed her. Sypha, in her time of confusion and disappointment in the human race, clung harder to Trevor for comfort and their bond deepened.

One of the most compelling storylines was the show’s exploration of the forge master Isaac’s morality. Isaac had a very black and white view of the world. Humans are either horrible, vile creatures that should be put down or kind and able to be trusted. There was no in-between in his eyes. Castlevania‘s season three highlight was Isaac’s conversation with a night creature. Isaac learned that there are gray areas in the world. This included himself and his own beliefs. As a result, Isaac regained his religion and although still wary of others, was able to confront his internal loneliness and get a different outlook on life.

A Swift Punch In The Face

The visuals and auditory of Castlevania season three were sharp. The characters were drawn with bold lines and heavy shadows and the background looked like it was hand-painted to perfection. The action scenes were colorful with close attention to sound.

Trevor’s whips created a loud, unnerving crack. Creatures growled, whimpered, and roared. Characters sometimes moved like they were in a video game which was pretty cool for source material. The entire experience was beautifully jarring and unique.

A Win In Castlevania Season Three

Trevor Belmont has a fondness for cats, Alucard is good at voice impressions, and Sypha has really really cold feet. Castlevania is truly hellish.