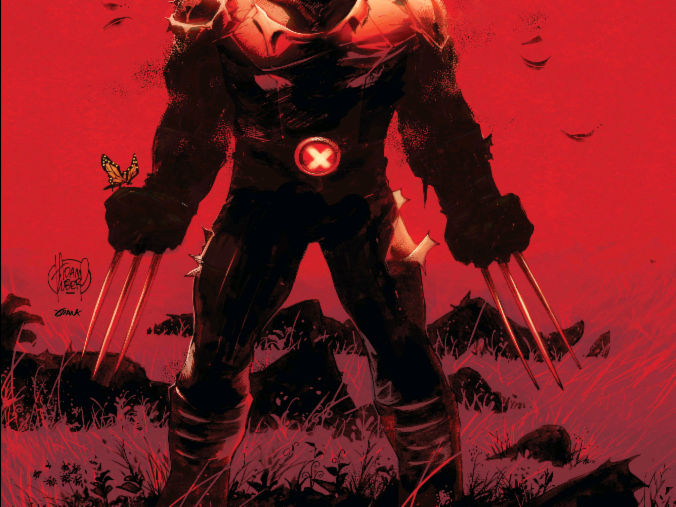 The First Dawn Of X Solo Arrives In Wolverine #1

It’s been a surprising amount of time since the last Wolverine ongoing solo series. There have been various miniseries and one-shots, and a solo for Laura(X-23) under the name even. Otherwise, the last time Marvel’s most recognizable mutant had a proper solo was 2014. Well, wait no longer X-fans, as Wolverine super-fan Benjamin Percy revs up the first solo book of the new line of X-books. Wolverine #1 is essentially two issues so the credits are split in half.

The Best There Is At What He Does?

Wolverine #1 opens with a display of skill from its nothing less than the legendary art team of Adam Kubert and Frank Martin. Kubert, of course, is no stranger to X-fans, having drawn some of the most iconic issues of Uncanny of all time. This is the second #1 in the last year with Martin’s colors that have just been remarkable, the first being Absolute Carnage #1. The way they render Logan’s decimated body in these opening pages is horrific and awesome.

Is Wolverine really the best there is at what he does? Or does he just have so much survivability that he has no choice but to always come out on top? He’s potentially the most stubborn character in all of comics, that’s for certain. Even still, he gets his ass kicked all the time, but that’s so much of the fun of having a character who can’t really die. Now that resurrection is in the picture, he’s even harder to keep down, and you can’t help but get enamored in it.

Wolverine In The Age Of Krakoa In Wolverine #1

After the jarring start, Wolverine #1 backtracks five days to show us a day in the life of Wolverine in this brave new world. These pages paint the image of a man who is largely content with how things are shaping up in the new status quo. He spends time playing with the mutant children and Jean and gets to enjoy a few drinks with Kate. It’s a very heartwarming follow-up to the bloody intro.

Things can’t be too peaceful, however, as Krakoa is still constantly dealing with a litany of external conflict. Most of which are fleshed out in other Dawn Of X books. Naturally, trouble finds its way here, as Kate involves Wolverine in a drug crisis where Krakoan medicines have gone missing.

Wolverine is the quintessential X-force member in general. He’s perfect for covert missions with his background in espionage and martial arts, and more direct approaches in all-out warfare. He’s a weapon, meant to be pointed and unleashed. With Percy handling the reins on X-Force as well, it only makes sense they’re involved here as well. While there isn’t a direct continuity between the two series especially, they’re consistent in the tone and utility of the team/branch of government.

Part 1 doles out quite a bit of absolutely gorgeous and brutal action, courtesy of Kubert and Martin. Wolverine featuring X-Force is just as visually compelling as if it were just an X-Force story. No punches are pulled and no holds are barred. Percy comes up with no shortage of meat for Kubert and Martin to hack and slash through in bold, epic fashion. These are pages you really just need to experience for yourself in context.

Part 1 wraps up its own story, with room for it to be continued next time. Part 2 opens up on a new story. The most obvious question, of course, is “why aren’t these just two issues?” Like I mentioned at the beginning of this piece, it’s been a while since the last Wolverine #1.

Instead of splitting the difference and getting #1 and #2 out of this issue, both of these “issues” are considered #1. Nothing quite beats the impact of the stage-setting of a #1 issue. So it’s easy to see why they would take this route. It also guarantees sales of the equivalent price of two issues without the possibility of attrition. It’s brilliant if I’m being honest.

One of the most exciting aspects of Wolverine is that he has something of his own rogues’ gallery, even within the X-men. Omega Red is hands-down one of the coolest of his villains and a hell of a way to lead off in this second part of Wolverine #1. He comes, however, not as a villain, but as someone looking for sanctuary. While those like Apocalypse and Magneto have made their home in Krakoa, Wolverine has a harder time believing that Omega Red seeks paradise in the same way. You can hardly blame him, looking at the pale vampire-esque, tentacle-monster that is Omega Red. Very few X-villains compare to him in terms of fear-inducing presence.

Bogdanovic and Wilson’s Omega Red looks like a Bachalo-inspired nightmare come to life. In other words, he is perfect. He looks like an absolute monster and suits the tone for this issue wonderfully. While his role is minimal and less than antagonistic for now, his time will come and Wolverine #1 lays some fun seeds for where this story can go.

It’s vampire time in X-comics, yet again! And you know what that means? Dracula! Much as I enjoy both parts of this comic, it’s part two that does most of the heavy lifting to get me excited about where it’s going to go. Developing the vampire nation as a juxtaposition for mutants in Krakoa is fun, and rife with potential implications for battles to come. There’s a history there, especially on the side of Wolverine for the mutants, that makes it more compelling than if it were happening in the core X-book, so I myself am thrilled about its placement here.

Should You Read Wolverine #1?

This is a long comic, though I wouldn’t say that’s to its detriment. It feels cleanly split between the two parts enough that you could easily pause in-between if you’re getting burnt out. Percy is clearly up to the challenge of tackling this solo and has some very big ideas that I’m excited to see come to fruition. The benefit of writing this on top of X-Force is going to pay off very well and I’m convinced he’s the best choice here.

I really can’t say enough how much I love the art in both parts. Kubert is a master, plain and simple. Martin really kills it in a book with a darker tone like this, really fleshing out the mood with his muted palette. Gritty pencils and heavy inks from Bogdanovic works wonders with Wilson’s colors. Following up on Kubert with Martin is a hell of a daunting task. But these two are more than up for the challenge. You can’t ask for a more competent art team, much less two of them. Drawing Wolverine with a scowl is simple enough, but the range on display in his expression is top-notch. The only tragedy here is that not every issue is going to function like this.

The First Dawn Of X Solo Arrives In Wolverine #1
PROS
Absolutely gorgeous art
Written by the world's biggest Wolverine fan
CONS
Quite a lot of comic for one issue
94
WOLVERINE RETURNS!