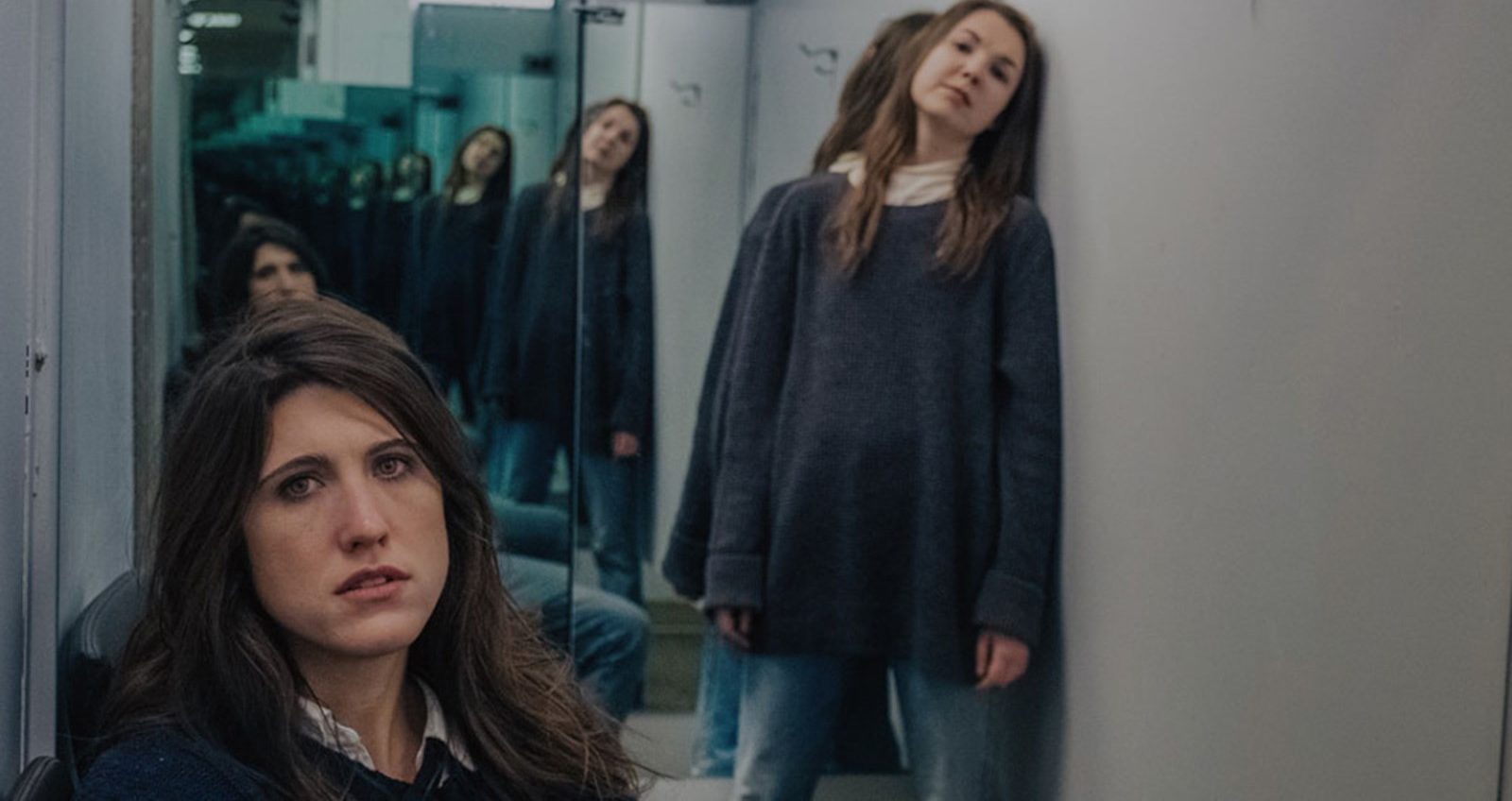 The Film MOUTHPIECE Will Have You Seeing Double, Literally

MOUTHPIECE is an authentic attempt at trying to capture the difficulties of being a woman in today’s modern age. Cassandra, played by both Amy Nostbakken and Norah Sadava, is a strong-willed and fierce woman who marches by the beat of her own drum. Unfortunately, everything in her world begins to feel as though it is crumbling underneath her following the unexpected death of her mother, Elaine, played by Maev Beaty.

After a recent incident at a family party between Cassandra and her mother, many did not want her to deliver the eulogy. However, Cassandra needs to do this in order to properly gain closure for this unexpected tragedy she is facing. Based on a play written by the lead actress and director Patricia Rozema who brings it to life on the big screen.

Double The Cassandra In MOUTHPIECE

One of the unique and powerful things about MOUTHPIECE is the fact that there are two Cassandras — Tall Cassandra and Small Cassandra. It is interesting because this is a tool that gives us two versions of the same person in real time throughout the entirety of the film. One Cassandra will be behaving and speaking how she does in reality, but the other Cassandra will be showing us what she secretly wants to say and do.

This film technique is powerful and allows you to connect with her on a deeper level. It creates a new level of transparency that you would not have otherwise. Sometimes you know a character acts in a particular way because what they want to do is not socially acceptable. However, we get to see how she feels and how she truly wants to respond in many situations that occur during the film. You get a feel for the character’s true personality as well as what they value and care about. This gives the audience a window into who Cassandra is and not a filtered version of her.

In MOUTHPIECE, we come to know Cassandra is a strong and independent woman. She is someone who is driven and willing to do all the work on her own. Cassandra does not want to depend on anyone else for her success or comfort. She told people she did not need to be in a relationship, even though deep down she sometimes needs a shoulder to lean on. At 30, she is living by her own rules and may not be having the best life. But she is the one she created and she loves that. Cassandra is the complete opposite of her mom as we come to realize during the film.

Cassandra’s mother gave up a job she loved in order to take care of her children while her husband became the breadwinner of the family. Being a stay-at-home mother may not have been something Elaine wanted. However, she believed she had to for the sake of her family and her children. She sacrificed her career and her passion to raise her kids. When Elaine was finally ready to return to work, she could not balance work and home life. Cassandra always felt like her mother threw her life away and was never her own woman. Cassandra told her mother this and it created a wall between the two before Elaine’s death.

MOUTHPIECE Is The Feminist Narrative That Needs To Be Told

The narrative presents the friction between a mother’s traditional thinking and a daughter’s more progressive, feminist thinking. This is something that is becoming more and more common now. As society becomes more progressive, they want to break down gender expectations and limitations. Something like this is not easy. There will be push back as we see Cassandra’s face from her family and her own concerns. Her mother and family want her to behave the way they know it is “right” for a young woman to behave, but Cassandra wants to be herself. She does not want to be “more lady-like”. It can be difficult paving a new road and foundation for the next generation of women. However, it is worth it.

As the delivery of her mother’s eulogy nears, Cassandra reflects on all the times her mother was there for her. She realizes that her mother’s intentions were never to force her to conform. Instead, she was trying to help her. All in all, what we witness is not a daughter disappointed in her mother for confirming to gender roles. Rather, we see a daughter proud of her mother for setting her up for success. At the same time, blessing her to never shy away from using her voice and being who she needs to be.

MOUTHPIECE: A Movie That Was Needed

The film turns a beautifully insightful story into a thought-provoking message to the masses about feminism. We never think about how trying to create a better environment can create conflict between families. People may always see the hard exterior, but never the broken or exhausted inner self. That is just because it is so easy to hide. The film’s unique approach, which allows us to have a window into Cassandra’s true thoughts, reminds us that there is always more happening to the person than the surface shows. This movie reminds us that we’re only human and it is normal to hurt as many people do.