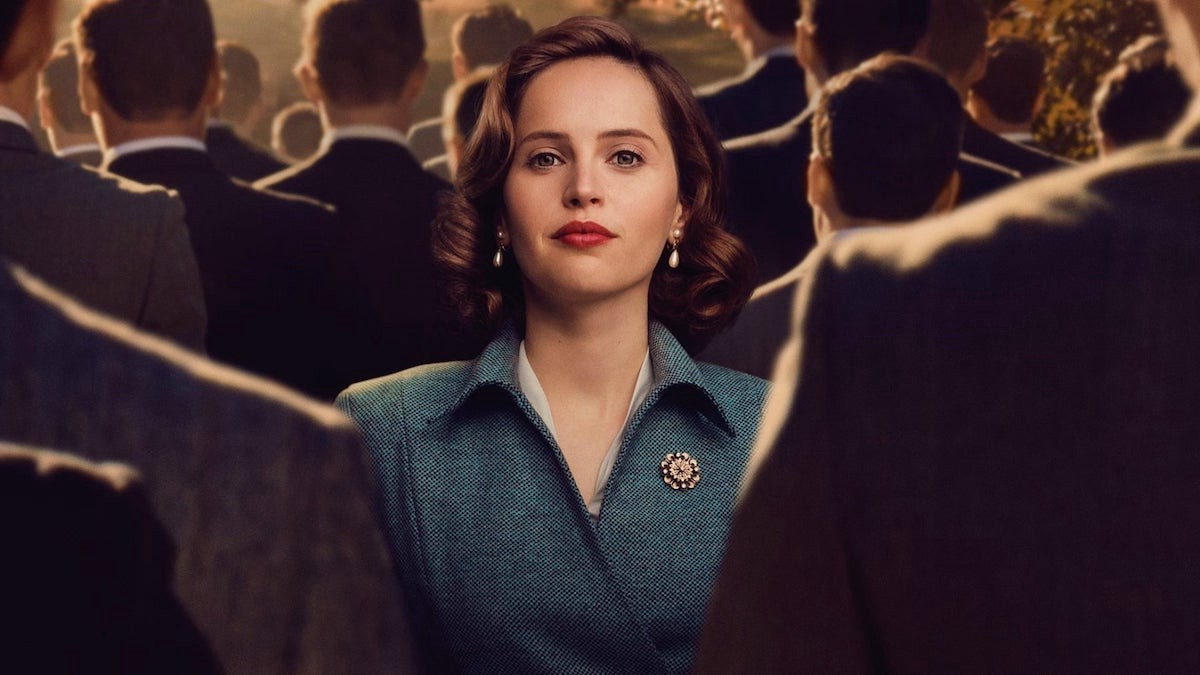 Women have made an immense impact on history for centuries. However, many of these women have never been taught or discussed. Thankfully, the film industry has discovered this goldmine of true stories that the public can learn and enjoy from. This is probably why there has been an incredible surge in female biopics.

I found it excruciatingly difficult to pick out the top ten to watch, let alone five. As a result, I have selected eighteen must-see biopics. These range from lesser-known courageous women, to women who are leaders in their field. In order to better organize them, I have categorized these eighteen biopics into three categories: Artists, Civilians, and Civil Servants. I would suggest adding any of these films to your biopic bucket list while looking for things to do indoors.

Female Biopics About the Artist

Here are six female biopics centered around women in the arts. This includes painters, singers, models, actresses, and authors. These women may face economic disparities, controlling male presences that silence their creativity, or emotional obstacles. Regardless of these barriers, these women made their voices heard, and their names will forever be synonymous with their art.

In the late ’40s and early ’50s, during an incredibly difficult time for people of color, Dorothy Dandridge found stardom as a multi-talented singer, dancer, and actress. The biopic follows the ever impeeding struggles of racism whilst living a life of fame and fortune in secret. Regardless of these obstacles, Ms. Dandridge became the first Black actress to win a Golden Globe for Best Actress in 1945.

The emotional rollercoaster that is the eccentric and uniquely creative life of Frida Kahlo is beautifully presented in the 2002 film, Frida. From deadly accidents to heart-wrenching betrayals, this film will make you fully appreciate the confidence and unconventionality of this artist.

Best known for her world-famous song “La Vie En Rose,” the incredible, vocally talented, Édith Piaf was discovered in 1935 singing on the streets of Paris for petty cash. The film brings to light her childhood living in poverty. Édith battles addiction and depression while riding the tsunami wave of success.

Desert Flower depicts Waris Dirie, now a model, author, actress, and activist fighting against Female Genital Mutilation after she escapes from Somalia and arrives in London to start her new life. In 1987, Waris was discovered at the age of 18 and quickly became a world-famous top model. The film delineates her abrupt life change from her home country to working towards her fight to save the women left behind by brutality.

French author and “women of letters” Sidonie-Gabrielle Colette was better known as the mononymous Colette. Like many women writers of the early 20th century, she was a ghostwriter for her husband. Her novel, Claudine à l’école (Claudine At School) about her schooldays became a huge hit, especially with other women. Colette’s life changed for the better when rumors spread that she may have had something to do with the writing. Colette went on to write three additional installments to her first novel.

The following films focus on ordinary women of all ages that decided to do something extraordinary with their lives. Despite the odds and impending danger, these women went above and beyond to follow their own moral beliefs, helping the world more than they could have ever imagined. Some in very big ways, and others in more communal ways. Nevertheless, these women have left their own mark in history, which we will never forget.

The 21-year-old Sophie Scholl was part of the German Resistance in 1943 and a member of an anti-Nazi non-violent student resistance organization called the White Rose. Sophie Scholl — The Final Days details her arrest by Nazi authorities after being caught distributing anti-Nazi leaflets until her final days in custody.

The film is based on Cheryl Strayed’s 2012 memoir Wild: From Lost to Found on the Pacific Crest Trail. Cheryl, a recent divorcée, decides to go on an impromptu 1,100-mile hike along the Pacific Crest Trail despite lacking in hiking experience. This courageous woman chose to go out into nature in order to find herself.

Joy Mangano becomes a self-made millionaire with her simple idea for a broom. A story from rags to riches that spans four generations. Not all inventions are birthed by big corporations. This movie inspires us all to work hard in the hopes that our dreams and our innovative ideas may come true.

Ten-year-old Phiona Mutesi is taught chess in the slums of Katwe in Kampala, Uganda. She became fascinated with the game to the point of becoming a Woman Candidate Master after winning at the World Chess Olympiads. The film focuses on Phiona’s family and community and the support offered to her while she strived for success in the championship.

Loving is based on the true story of an interracial couple, Richard and Mildred Loving, who married in 1958. Although they decided to settle in the small town of Central Point, Virginia, the people of the nearby, more conservative town cause trouble for the family. This is one of the most grassroots stories of love conquering all.

The next, and final, six films on this list revolve around women who work as civil servants. These women worked to make the world a better, more educated, place. This consists of scientists, journalists, doctors, politicians, judges, and activists.

The biopic follows the life of Winnie Mandela, from her controlling childhood in the rural village of Mbongweni, now in Eastern Cape province, to the incarceration of her husband, former President of South Africa Nelson Mandela. She was raised by a father who would have preferred her to have been born a boy and asked to stay and help her family in South Africa instead of going to school in America. While her husband was in prison Winnie was an activist and a strong opponent of apartheid.

The film depicts the last two years of Diana, Princess of Wales‘ life. Not long after divorcing Charles, Prince of Whales, the activist traveled to the war-torn country to provide help. There she meets Pakistani heart surgeon, Hasnat Khan. In this biopic, we get to see Diana’s life after she left the strict clutches of royalty and all the good she did in the world.

The film begins after the assassination of President John F. Kennedy in 1963. We see Jackie face the aftermath of his death, consoling her children and being notified of the death of Lee Harvey Oswald. Unfortunately, the biopic delineates Jackie’s fall into addiction in order to cope with the tragedy.

Loosely based on the book Hidden Figures by Margot Lee Shetterly, this biopic focuses on three African American mathematicians working for NASA during the 1961 Space Race. These women dealt with segregation at work and debasement, and yet they worked twice as hard to help NASA send an American into space.

Marie Colvin was a war correspondent for The Sunday Times, who visited the most dangerous countries in the world to write about their civil wars and hold leaders accountable. In 2001, Marie was ambushed by the Sri Lankin army and wounded by a shrapnel from the firing of an RPG in her direction during her surrender. Marie lost an eye and was later diagnosed with PSTD. This did not stop the journalist from visiting more countries and telling the stories of the hundreds of displaced citizens suffering from civil war.

In 1956, Ruth Bader Ginsburg enrolled in Harvard Law as one of only nine women in a class of 500 men. Over her career, she continually pioneered the legal field for women in America, eventually ascending to the Supreme Court as the second female justice in history. On The Basis Of Sex follows her early career struggles and her battle to guarantee rights for women.

If you’re looking for movies to watch while staying indoors, look no further than this list. They can offer you what some movies can only fictionalize: real-life inspiration. These women lived their lives to the fullest no matter the impediments put to them by society, certain men, and government officials. So start checking them off your at-home movie bucket list!