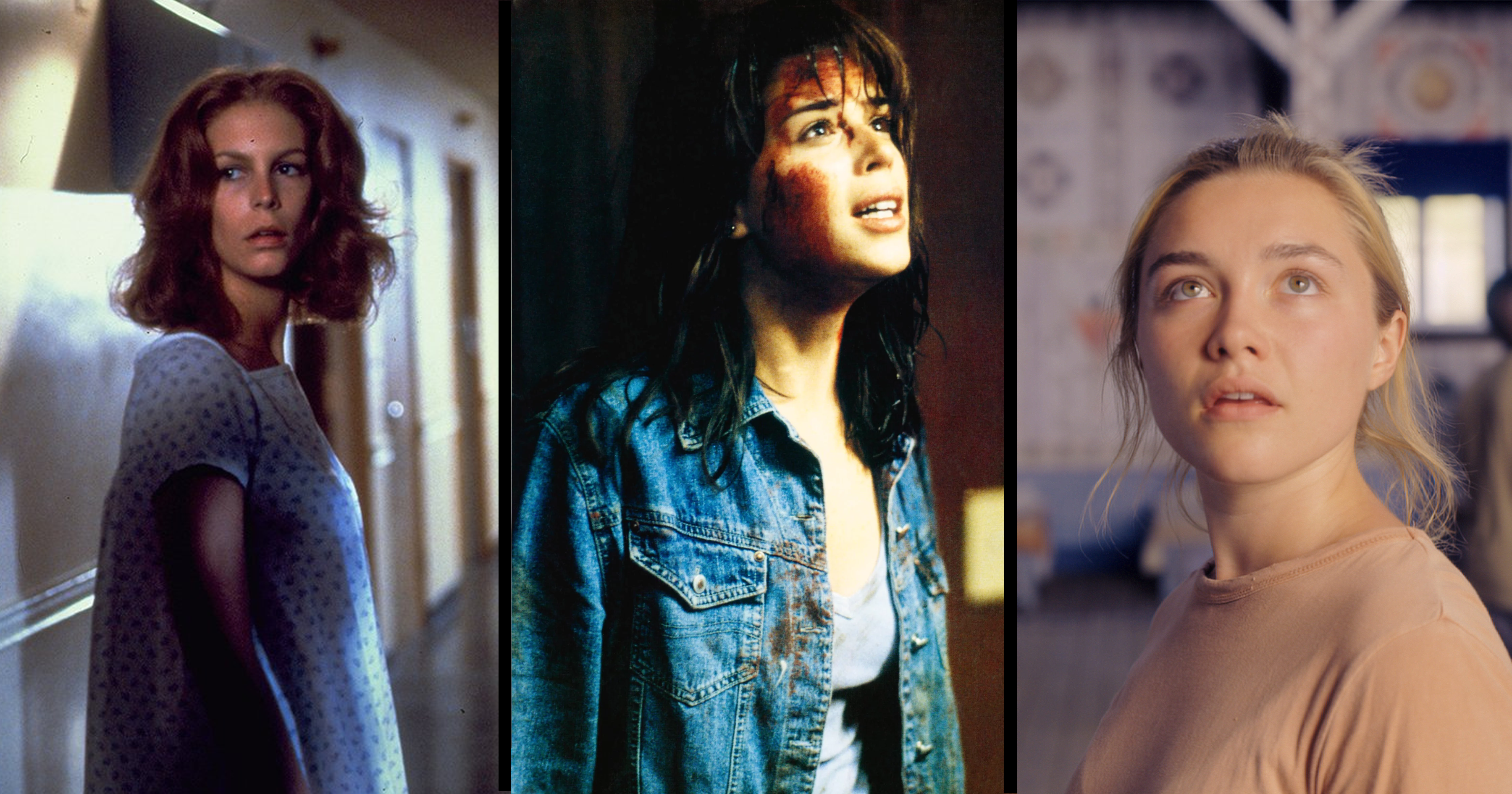 The Evolution Of Horror Films From The 80s To Today

Horror films, you either love them or you hate them. No matter what your stance is on them, you have to admit that horror films have come a long way. From the slashers of the 80s to today’s focus on religious/folk elements, the genre has gone through many ups and downs. Throughout the bloody ups and downs, the horror genre has spat out these lovely little things: tropes.

Ah, yes, horror movie tropes. Whether it be a cabin out in the middle of the woods or death by sex, we’ve all become familiar with them. All of these tropes, though, are just part of the horror movie package. Without at least one of them, horror movies just wouldn’t feel right. It should come as no surprise that horror filmmakers still rely on these tropes for their work. Especially when you consider how fast trends come and go in the genre. Lately, horror films seem to be at a peak with little usage of tropes. Just how long is that high going to last?

The 80s was a fabulous time. It had great music, fashion, shows, and a very bloody time for horror films. The 80s was the supreme decade of slashers. Slasher films are a sub-genre in horror where a murderous psychopath stalks and kills their victims with bladed tools. It’s honestly no surprise that this decade of horrors was jam-packed with slasher films since they were cheap to make and release.

The Impact Of Halloween For Slashers

Despite the fact that slashers are quintessential in horror and are fun to watch, they are pretty predictable. The formula and template that most slasher films follow is the one that has been laid out by John Carpenter‘s iconic 1978 film Halloween.

Within Halloween, you’ve got your deranged killer, Michael Myers, who’s back in his hometown for a vengeance. Myers then embarks on a bloody rampage to kill unsuspecting teenagers. Our killer ends up meeting his match when he faces off Laurie Strode (Jamie Lee Curtis). The face-off between the two was the start of one of the most recognizable tropes in horror films: The Final Girl.

This trope within horror movies was essentially just a way to ensure that someone — usually a character that is pure of heart or simply doesn’t do drugs, sex, and the like — survives. Due to the success of Halloween, over 300 slasher films were released in the 80s. (I guess you can say that 80s horror was all about high quantity and low quality). While I haven’t seen a good majority of those slashers, I can guarantee you that those films will most likely follow Halloween‘s basic format.

It’s clear-cut that the horror genre after the 80s was becoming predictable. To put it simply, the horror genre was starting to become stale. The predictability and staleness within the genre was most notably pointed out in Wes Craven‘s 1996 film Scream.

Scream is without a doubt one of the most recognizable franchises. In addition to that, it is simultaneously a satire and a horror. The film is truly one of the best horror films to come out of the 90s. The most notable scene in Scream is when Randy (Jamie Kennedy) lists off the rules to survive a horror movie:

These blatantly laid out rules by Scream is a call out to the horror genre. The rules showed that the horror genre was becoming oversaturated with many clichés and recycled plot lines. Craven was challenging his fellow horror filmmakers to change the rules in horror… and they did. Thanks to Craven and Scream, the 90s changed up their horror game and moved away from the overused plot lines and tropes. However, while we did get a change, the 90s created two new tropes: cabins and teenage characters.

Cabins have become a staple of 90s horror films. The main reason why cabins became such a popular trope within the horror genre is that it got all the characters isolated. The isolation just lets viewers know that help isn’t readily available for the characters in the film. Thus, making it more entertaining for the audience to watch characters try to fight off the unknown.

The Blair Witch Project (1999) is the first example that comes to mind when I think of cabin films in the 90s. Basically, the film follows three film students, Heather (Heather Donahue), Mike (Michael C. Williams), and Josh (Joshua Leonard), who set out in the woods to make a documentary about a local legend, the Blair Witch. Throughout the film, some creepy stuff happens to them, and in the end, they vanish in a home in the woods.

(Okay, so yeah, technically it’s not a cabin and more of an abandoned house, but it’s in the woods, and the characters are isolated. So, I’m classifying Blair Witch as a cabin film).

Cabins aside, 90s Hollywood started to heavily hire younger actors in films. Thus, creating the trope in which teenagers were the main characters within horror films. I guess if you wanted another reason for the start of that trope, you could argue that having teenagers as the main characters makes them more relatable. In addition to that, you could also argue that teenagers in horror are a perfect age since they have intellect but it’s not all there or they just don’t use it. (Is the last argument harsh? Yeah, but you have to admit it’s a bit true).

The first horror movie that comes to my mind that features teenagers or just young actors as the main characters is I Know What You Did Last Summer (1997). The film, which is a slasher, follows four friends, Julie (Jennifer Love Hewitt), Ray (Freddie Prinze Jr.), Helen (Sarah Michelle Gellar), and Barry (Ryan Phillippe). The friends are followed by a hook-wielding killer about a year after they covered up a car accident where they killed a guy.

While the film did get mixed reviews, it ended up doing well at the box office. It also received two sequels, I Still Know What You Did Last Summer (1998) and I’ll Always Know What You Did Last Summer (2006). I have to admit, I still haven’t seen this franchise. However, from the few clips that I’ve seen of the first film, it seems the two arguments I made earlier rings true for this film.

We’ve finally reached the 2000s and 2010s horrors. I’m about to bit a bold here and say that the past two decades, especially the 2010s, have been the best decades of horror. Horror flicks nowadays don’t rely much on tropes, but if they do it’s not as obvious. But if you take all these creative horror films and break them down to the most basic of elements, they’re technically all the same. According to Blake Snyder‘s book, Save the Cat! The Last Book on Screenwriting That You’ll Ever Need, pretty much all of horror falls under the category: Monster in the House.

In order to fall under this category, you need to have two things: a monster (could be a creature or person), and a house (basically any confined space). While the horror films in recent decades do fall under Snyder’s simple categorization, there is a beauty to those films. The 2000s-2010s of horror have unexpected and fresh twists. The three films that I think of for these decades are Saw (2004), Get Out (2017) and Midsommar (2019).

The only downside to them, though, is that the traps are grisly and have a time limit. Saw ends with a twist that is valued for a narrative surprise as opposed to shock value. It was a film that surprised us all and left us wanting more — clearly since we currently have eight films for the franchise.

Get Out follows Chris (Daniel Kaluuya), a black photographer who meets his white girlfriend, Rose (Allison Williams), family. During his visit, though, Chris uncovers a dark secret about Allison and her family. Midsommar, on the other hand, follows Dani (Florence Pugh), Christian (Jack Reynor), Josh (William Jackson Harper), Pelle (Vilhelm Blomgren), and Mark (Will Poulter), who go on a trip to Sweden for a festival but end up finding themselves among a pagan cult.

While I would go more into detail with those two films, I don’t want to spoil them for people who haven’t seen them yet. (Which, if you haven’t, I highly recommend that you do). Both Get Out and Midsommar are two films that are inventive and creative as hell.

What’s Next For Horror Films?

Typically, it would bug me to not know what’s going to come next. Though, in this case, I’m glad I don’t know. The horror genre is at an all-time high with fresh and exciting films that we so desperately need. However, we’re about to enter a new decade of horror. Will the 2020s horror films stay as creative as it has been? Or will the genre become oversaturated with the same tropes and sub-genres? While part of me does believe that future horror films will stay creative, there is a part of me that doesn’t believe that. I know it’s a bit pessimistic to think so, but a part of me feels like it’s only a matter of time before the genre becomes stale once more.