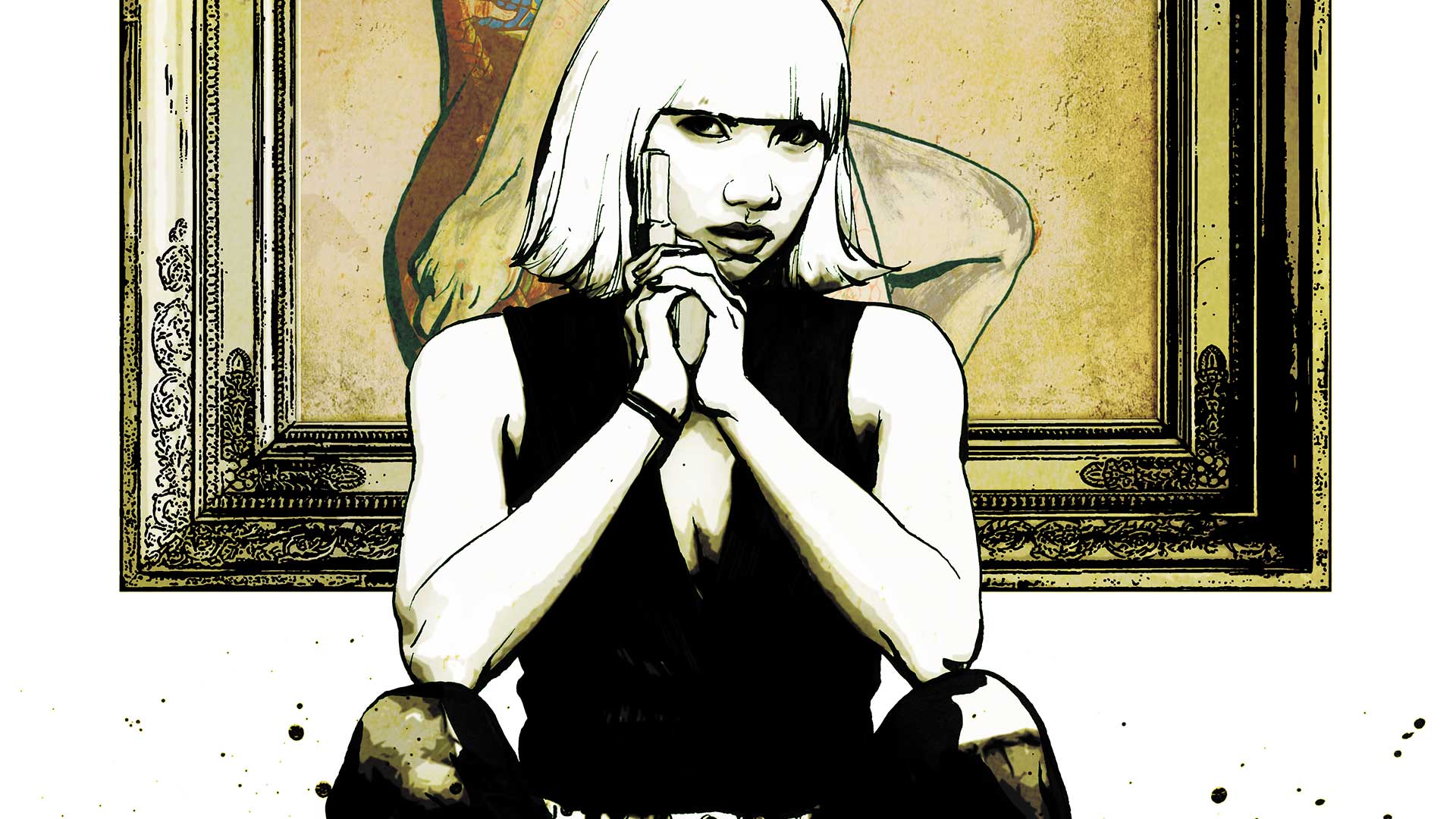 The Endo Twins Are Outrageously Fun In Pearl #5

Pearl #5 would have been the penultimate issue of the series if Bendis and Gaydos hadn’t decided to reformat it into an ongoing series. It shows that everything is coming to a head in this issue. We get more background information on our villains, further the growing romance between Pearl and Rick, and end with a cliffhanger, hinting at the explanation of Peral’s tattoos. This is a big issue jampacked with action, drama, romance, and so many laughs.

Bendis has changed his style slightly for Pearl #5 which leads to some fantastic sequences. We open with several flashbacks to the Endo Twins past in order to fill in their history as criminals. It’s absolutely hilarious! Bendis straddles a line of making his villains incompetent, funny, but also believable quite masterfully. As with most things Bendis writes, it’s the incredibly realistic dialogue that makes these scenes work. It feels like a true brother and sister fight just heightened about crime, drugs, and sex.

Another thing Bendis does to change things up is having several pages that are written as prose. We get a full-page image and a gigantic caption. In the caption, he just writes it like any author would write a novel. It changes the flow of the story, makes you digest the page slower and thus experience the horror that Kimmy was feeling in that moment.

He later uses this technique to end Pearl #5. But instead of adding to the horror of the scene, it actually adds comedy. It’s used to show just how bluntly crazy the Endo Twins are and how their actions are going to cause so much chaos. This makes the “to be continued” take on a new meaning, as it would normally be a dramatic moment but now takes on a humorous tone.

Cliffhanger Leaves You In Suspense For The End Of The Arc

We are left on a cliffhanger that will be an agonizing wait to see resolved. Mr. Miike, Rick, Pearl, the Endo Twins are now all in the same spot. It is sure to get crazy as they try to take each other out. In addition, we are beginning to find out that Pearl’s tattoos have something to do with her mother that Mr. Miike knows. This will lead to some interesting conflicts for the next issue.

Pearl #5 demonstrates how to let your characters naturally bring out the drama in your story in order to make the ending have an impact. The fact that Pearl is now stuck with attempting to negotiate for Rick’s life with Mr. Miike while defending themselves from the two loose cannons known as the Endo Twins is evidence of this. As with the rest of the issues in the Pearl series, this demonstrates why the duo of Bendis and Gaydos are masters of their craft.

Pearl #5 Is A Fun Dose Of Everything

Pearl #5 is where all the plot threads, foreshadowing, and characters come together to get us ready for the grand finale. Thank goodness this won’t be the end as this series needs to continue. Bendis has been on his A game for Pearl. And, I hope the energy he pours into this book is indicative of things that are to come in his others as well.

In addition, this issue also has a four-page backup story about Bendis’ real-life meetings with the late, great Stan “The Man” Lee. It’s a truly heartfelt explanation of his feelings on meeting a person he viewed as a god and learning that he was just like us. This is a feeling I can relate to, as I experienced something similar with Greg Rucka a few months ago. These four pages will make you smile, cry, and just celebrate the amazing person that was Stan Lee.

Pearl #5 by Brian Michael Bendis, Michael Gaydos, and Joshua Reed
The End Is Nigh!
With a blend of humor, action, romance, and clever uses of flashbacks, Bendis and Gaydos give us the penultimate issue of an arc that delivers in style. This comic has been consistently amazing, go out and get it!
PROS
CONS
100
Erotica Paradise