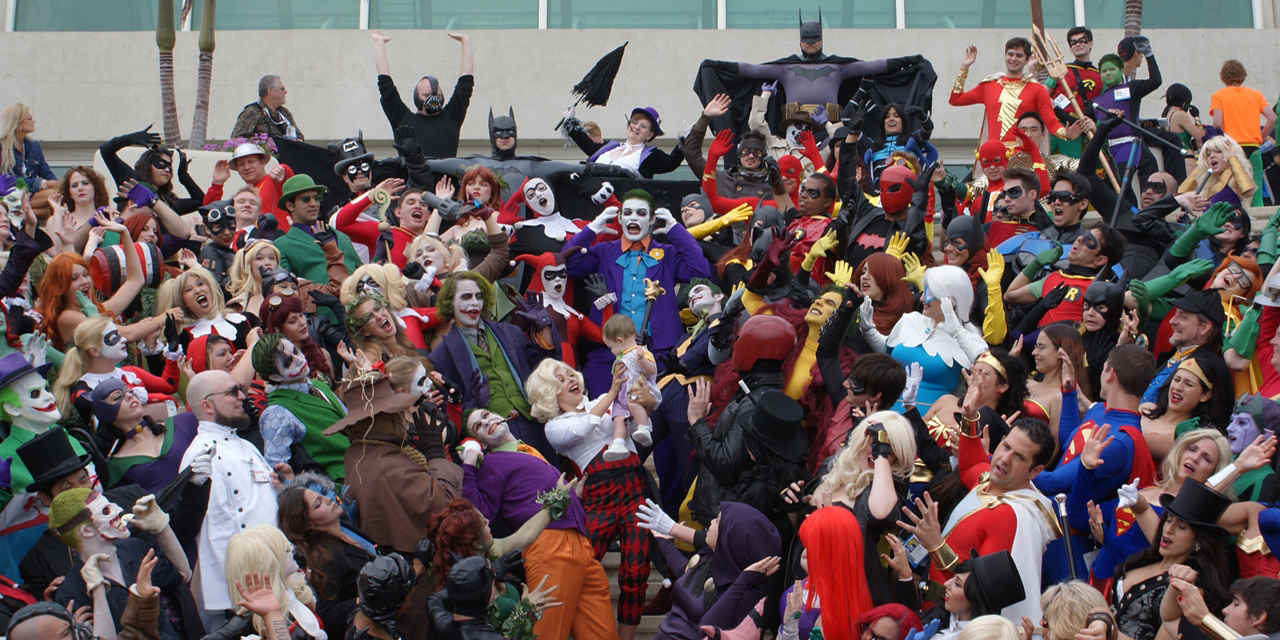 The Do’s + Don’ts Of Discussing Fandom

Everyone who lives in Fandom Land™ knows that one of the best parts about it is the community. When you start a new show, book, movie franchise — whatever your fandom vehicle is — not only do you gain new interest, but you gain a whole new group of friends who love that thing as much as you do.

However, not everyone is bound to agree on everything; that can sometimes lead to some sticky situations. Don’t fret, though. There is no need to lose friendships over whether you believe Harry should have ended up with Ginny or Hermione. There are ways to have interesting and complicated conversations about fandom without causing a turf war. If you stick to these do’s and don’ts while discussing fandom, you won’t have a problem.

1. Do: When You Are Introducing Someone To A Fandom, Take It Slow.

When introducing someone to something you love it’s not an uncommon reaction to be incredibly excited. Excitement is never a bad thing, but sometimes it can be a bit overwhelming for the newly initiated. So, instead of going into a thirty-minute monologue about how Bucky Barnes isn’t really the villain of Captain America: The Winter Soldier (he’s not, though), let your friend discover it for themselves. If they have questions answer them! And when they’re ready to start discussing it, go ham! But sometimes being inundated with a lot of information that they don’t yet have context for can scare a potential fandom newbie away.

Every once in awhile in fandom spaces you’ll hear about levels of fandom, tiers of fandom, etc. These are the — in my opinion — gross ways people try to differentiate fans from each other, and there is no reason for it. “Oh, you’ve only seen two of the eight movies? You’re not really a fan.” Oh, no ma’am.

The ability to decide who is a fan, who is not a fan, and what level of fan they are belongs to one person and one person only: yourself. You can decide if you consider yourself a fan if you’re not, and if you want to level yourself, go right ahead. Don’t do it to other people. It can make people feel either high and mighty or underachieving, and neither of those things belongs in fandom spaces.

Discussing fandom usually comes along with a lot of opinions–very strong opinions at that–but it’s always good to try and open yourself to different viewpoints that you may not have agreed with or even thought about in the past. If you’re a hardcore Team Cap member in the Captain America: Civil War debate, don’t immediately shut someone down as soon as you hear them defending Iron Man.

Fandom is not a competition and just because someone disagrees with you doesn’t mean they don’t get what you’re saying.

While this may seem obvious, it definitely deserves a spot on this list. Some fans don’t mind a spoiler or two, and there are some who cringe at the mere mention of the possibility of a spoiler. You cannot tell the difference between these two types of fans, so there is only one way to navigate these murky waters: don’t spoil anything unless someone specifically tells you it’s okay.

You know what they say when you assume, so do everyone a favor and just keep those little spoiler tidbits to yourself.

5. Do: Let Others Leave A Conversation With Grace

Not everyone in the same fandom is going to be as enthusiastic about discussing certain parts of their interest as others. Whether it’s someone who doesn’t know as much or someone who doesn’t care as much, there is nothing wrong with not wanting to be in a conversation that you can’t contribute to. And their leaving is not a slight to you or that particular topic. It doesn’t make them a fake fan–it definitely doesn’t make you a better fan — it just makes you different fans. So, if someone’s not interested in a topic don’t force upon them, and definitely don’t ridicule them about it.

6. Don’t: Take Critiques Of The Things You Love Personally

It’s hard to see something negative about something you love. But, just like all things, no fandom is going to please everyone. The desire to throw hands at anyone who criticizes my perfect angel child, Aang, from Avatar: The Last Airbender is very visceral and immediate, but despite how perfect I think he is others may not think the same and that’s okay. More often than not, critiques from fans are just another way of showing how much they care. In the end, they want the show/book/whatever to be the best that it can be.

All in all, fandoms are supposed to be fun places. It’s easy to get swept up in drama, but really fandoms are families. You don’t always get along and you don’t always agree. What matters, however, is that fandoms always (hopefully) support each other in the long run. And if you ever see someone stirring what shouldn’t be stirred just show them these Do’s and Don’ts. Maybe it’ll help them realize what discussing fandom is truly about.