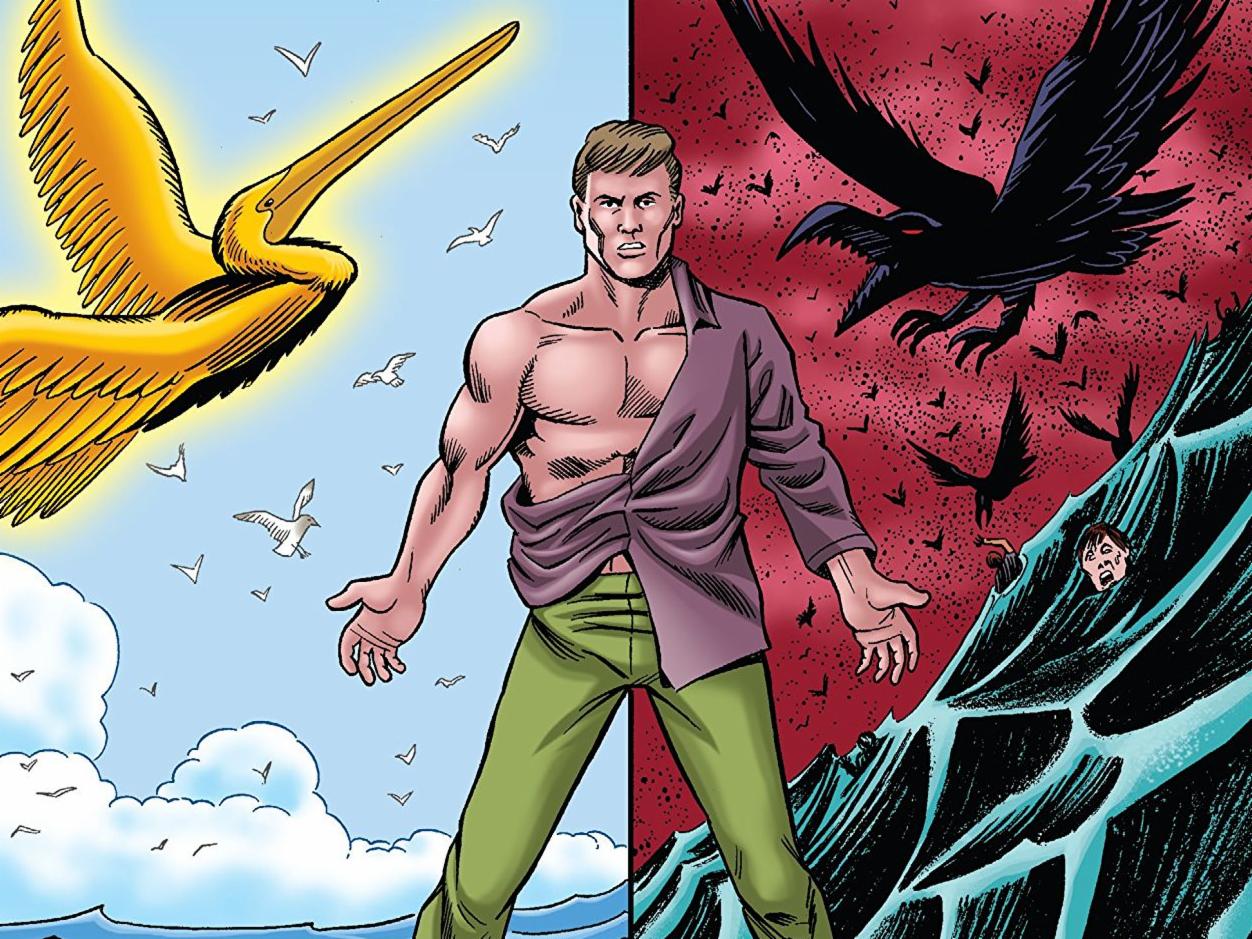 Paul Kupperberg and Jared Goldwater co-wrote the new mysterious comic The Golden Pelican. This is a story of five people bound together by tragedy. One of these individuals may be the key to solving a recent string of strange events.

Whether you are looking for a great mystery to sink their teeth into or would love to see great art; this is the book for you. As readers wait for the next exciting issue of this series, we have an exciting treat for you. The Daily Fandom had a wonderful opportunity to talk to co-writer Paul Kupperberg. We were able to discuss some influences and ideas that went into creating this mystifying comic. Enjoy!

The Daily Fandom: The Daily Fandom loves Archie Comics, and we love the comics they produce. They have a world in which they bring each reader into and it’s consistently nice to know what to expect every time – in a good way. Is there anything special you particularly love about working for Archie Comics?

Paul Kupperberg: I love working with Archie Comics. I’ve known my editor, Victor Gorelick, since the early-1980s when I did my first writing for the company. They gave me the opportunity not only to write the Life With Archie series (2009 – 2014) without pulling any punches but to end the storyline with the controversial “Death of Archie.” They’re good people dedicated to making good comic books. Who can ask for anything more?

TDF: Is there a reason this series takes place near a beach? Anything that stands out while you were writing The Golden Pelican?

PK: That’s where the pelicans are!

TDF: Was there a reason you picked a pelican as the symbol for this story?

PK: Jared’s original inspiration was to use the pelican’s diving from great heights to pierce the surface of the water to get to the fish below as an analogy for the hero, Sage, piercing the human subconscious to get to the problems that lie beneath the surface. I did some research on pelicans and discovered that they have a history of being used as symbols in society and art. They represent kindness, generosity, charity, and guardianship because of how well they protect their offspring.

In Christianity, pelicans became a symbol for Christ, because they were believed to pierce their own breasts to feed their blood to their young. We also needed a world for the characters to exist in. Two worlds, actually. The “real” world, where Ray Blackburn is a university professor of neuroscience, and the “Collective Unconscious,” a nowhere that’s everywhere, linking every living being on an almost quantum level.

In the former, Ray lives what he believes is a normal, fairly uncomplicated life, until his eyes are opened to the truth; and in the latter IS the truth, that he’s not who he thinks he is and never has been.

Characters & Art of The Golden Pelican With Paul Kupperberg

TDF: Is the character Ray based on anyone you know? And are any of the other characters based on people you know? Or was this something you constructed from a previous arc in the Archie series-comic-world?

PK: Ray and the others aren’t really based on anyone in particular. I may have used bits and pieces of the lives of people I know, but they’re largely made up entities for the story, with no connection to anything in the current Archieverse. That’s not to say there couldn’t be, but nothing that’s shown up. Yet.

TDF: Is there any comic book artist that inspires the art direction of this series? Any from the Archie world that you like and inspire direction from?

PK: When I started writing the series, I didn’t know who the artist was going to be, so I kept the scripts sort of neutral, enough description so whoever got it to draw would have no problem understanding what I needed in the scene. Fortunately, we got Bill Galvan, an experienced pro, to pencil the book, so I knew the script was in good hands.

Future Of The Series?

Paul Kupperberg: The next one comes out on 4/17, but as to the future of the series as well as any and all one-sentence non-spoilers, they can all be summed up with: NOTHING is the way it seems!