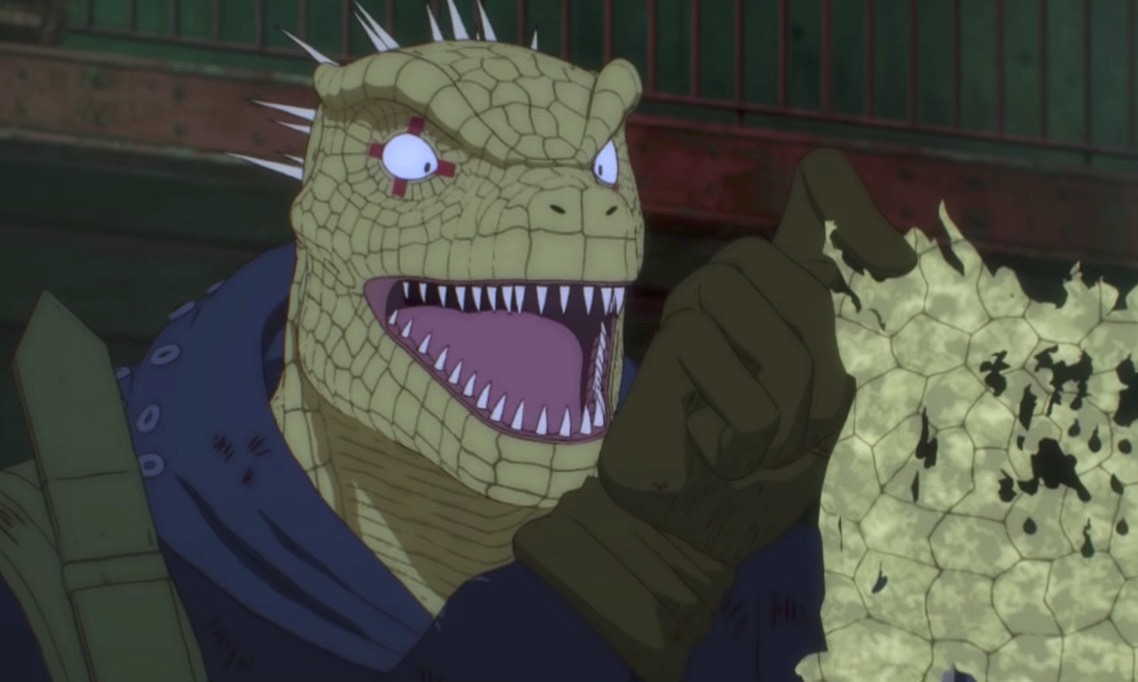 The Absurd And Violent World Of Dorohedoro

On January 12th, 2020, Q. Hayashida’s Dorohedoro will be brought to animated life on the small screen. Fans of the series are buzzing about the anime, and you should be too. There really isn’t any other manga quite like Dorohedoro. I can say that because I’ve been searching for something to fill the hole it’s left in my heart since the manga ended, I’ve yet to find anything as uniquely charming. The anime adaptation is worth looking forward to, and the manga is a must-read for any fans of horror and dark comedy.

Dorohedoro finished its almost 19-year run in September of 2018, having been serialized in three different magazines since it began in January of 2000. During its storied journey, Dorohedoro gained a massive cult following among fans of seinen manga (aka manga geared towards older and typically male audiences).

If you’re searching for seinen manga recommendations, you will no doubt find Dorohedoro sitting in the company of popular titles like Berserk, Akira, Gantz, and Blame!. In fact, Hayashida worked as Blame! creator Tsutomu Nihei’s assistant and this definitely shows in her rough and gritty art style as well as the darker themes of her work. However, she differs from Tsutomu in the overall tone. Where Blame! is the serious silent type, Dorohedoro is loud and dripping with dark comedy.

What Is Dorohedoro About?

Dorohedoro follows the story of Kaiman, a resident of the city known as “Hole.” Kaiman has a lizard head and a bad case of amnesia. There’s a strange man living in the back of his throat that tells him whether or not the people he bites did this to him. Except they’re not exactly people—Kaiman is hunting down sorcerers who live in a separate dimension and travel to Hole to use their twisted, smoke-based abilities on unsuspecting humans.

If you think that the premise is totally off the wall, the rest of the narrative will continue to give you whiplash. Dorohedoro has everything: demons, a human-sized cockroach named Jonson, a man-made of gyoza, a strange animal that can revive dead people, and a man who wears a whole roast turkey as a mask. Most of the cast engage in combat while sporting knockoff Nike sneakers.

This all sounds totally absurd, of course — and it is, but that doesn’t mean that Dorohedoro can’t ever be serious. Despite this, Hayashida often prefers to make you laugh. The manga leaves you wondering if a page turn will result in a moment of terror or laughter. Dorohedoro is a dark fantasy with splashes of outright horror and brutal violence mixed in between all the silly parts. This works because the gore and the gags often go hand in hand.

Hayashida has created a grim and goofy world where anything goes. Every page turn reveals something entirely unexpected, and usually hilarious. Dorohedoro‘s greatest strength lies in its cast of upbeat and lighthearted characters. A large portion of them are murderous gangsters who remain some of the most lovable people in the series.

Chidaruma is one of Dorohedoro‘s more sinister figures. He’s the creator of everything: Hell, the Sorcerer Realm, and everything that lives there. Despite being an all-powerful, evil demon, everything Chidaruma does is for his own amusement and nothing more. He typically behaves in a childish manner and incites conflict to alleviate his boredom.

His presence in the series never feels like a real threat. Though he might be pulling all the strings, he doesn’t care what happens as a result. Chidaruma is just there for fun, and he often serves as a comic relief character.

The world of Dorohedoro is one of ultraviolence and cruelty, and the characters’ nonchalant responses to the horrors they witness drive this point home. The people of Hole and the Sorcerer Realm have known nothing but conflict and death since they were introduced to each other. As such, abject horror is a part of their daily life.

For example, the people of Hole celebrate the “Night of the Living Dead.” This is a yearly festival in which human corpses are resurrected as zombies, and the townspeople must re-kill them. The Hole Neighborhood Council exists solely to keep track of these walking corpses. When humans die, they are given numbered plates so that their families can identify and re-bury the zombie body.

What Makes Dorohedoro Worth Reading?

Kaiman’s search for answers does eventually yield the truth, and it’s much more complex than it first appears. Dorohedoro evolves into something far greater than a man with a lizard head trying to uncover his forgotten past. It’s about thousands of years of torment and the people on opposing sides who learn to work together despite the things they’ve done in the past.

At the same time, it’s a series about an amnesiac with a lizard head fighting sorcerers and demons. Every other page reveals either a hilarious gag or an awesome spread of fight scenes. Hayashida’s detailed yet overly sketchy art creates a grungy aura that permeates every inch of Dorohedoro’s dark and unforgiving world. The manga is a beautiful thing to behold. So far, it looks like Studio MAPPA is doing its best to capture that feeling in the anime.

If you’re looking for a fun and brutal romp through a dark and nonsensical world, you can read Dorohedoro online through Viz. When you finish the series and inevitably end up craving more of Q. Hayashida’s specific brand of absurdity, her latest manga, Dai Dark, has just begun serialization in Japan (though, as of right now, it hasn’t been licensed in the US). Keep your eyes peeled for the anime coming in January (check out the trailer here)!

If you want more seinen-focused animanga content, check out this review of the anime adaptation of Hiroya Oku’s Inuyashiki.