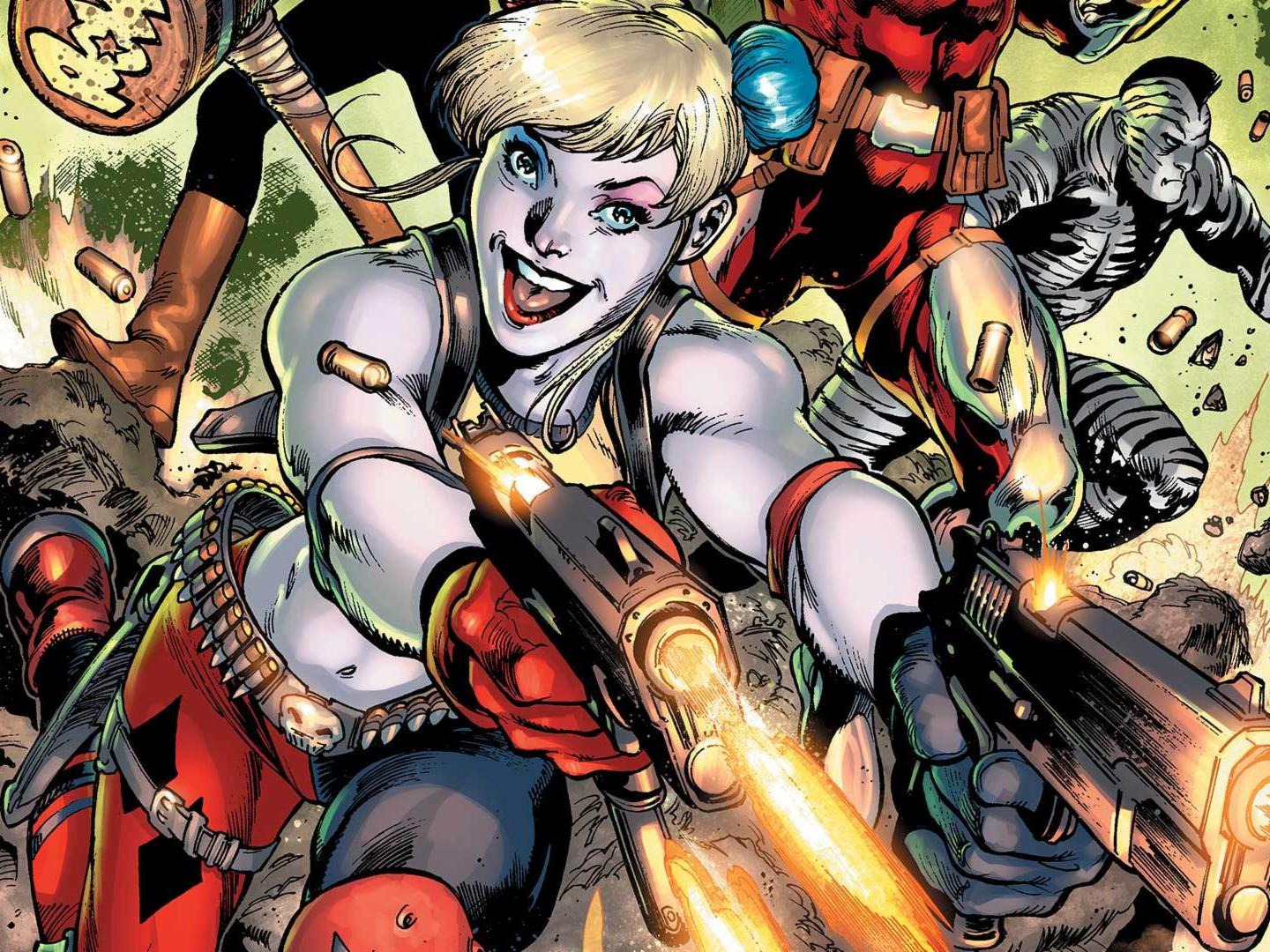 Suicide Squad #1 Is Absolute Chaos In The Best Way

Suicide Squad #1 was written by Tom Taylor and illustrated by Bruno Redondo. It was colored by Adriano Lucas and lettered by Wes Abbott. This issue’s cover was done by Ivan Reis, Joe Prado, and Alex Sinclair. Let’s start simple with this one. The way that Suicide Squad #1 sets up its first issue is genius. It paints it in a way where you can see where it’s going, and it’s still fun to get there. For example, on the cover of the issue, Harley Quinn says,

“By the end of this issue… half of this team’ll be dead!”

So obviously, half of the team will be dead. Knowing that going in almost makes the issue more fun. We know that half the team’s going to die, but which half and when? It’s almost a guessing game of when and how. Like, is this the moment?

So Many New Characters

Suicide Squad #1 introduces a lot of new characters. However, the comic does a great job of helping you keep track of who’s who. Every time a new hero speaks, a box is illustrated next to them, with their name and any facts you may need to know.

However, this is only true of those on the Suicide Squad or the opposing group, the Revolutionaries. While one of my biggest complaints about the issue is that there are far too many characters for me to remember who’s who, they do a nice job of making that a little bit easier on us. Besides, half of them are going to die anyway, so how many names do you really need to remember?

What Is Suicide Squad #1 About?

Suicide Squad #1 follow a team of villains as they become the new Suicide Squad. The veterans of the team, Harley Quinn and Deadshot, have some questions about how it’s going to work out, but they aren’t given much time to worry about it before they’re thrown into their first mission. Harley Quinn, Deadshot, Magpie, Cavalier, Zebra-Man, and The Shark make up the new Suicide Squad, otherwise known as Task Force X. It’s clear to pretty much everyone on the team that they aren’t ready to be thrown into danger.

Task Force X is no longer run by Waller, but a new guy, who plans on taking out the super-terrorist group, the Revolutionaries. When the Suicide Squad sets out to take them down, it’s pretty clear that they don’t stand a chance. Magpie and Cavalier are quickly killed, as well as a few of the Revolutionaries.

The plan then becomes evident, the new commander of Task Force X had bombs inserted into all the Revolutionaries (how? when? I have so many follow up questions) and if they don’t agree to join the Suicide Squad, they’ll be terminated.

Now, with another new Suicide Squad, half people who don’t know what they’re doing, and half basically mind-controlled Revolutionaries, how are Harley Quinn and Deadshot going to know who they can actually trust to have their backs?

The issue is 37 pages, but it whips by like nothing because so much happens. We learn about the Revolutionaries and what they stand for, as well as getting a glimpse into the relationships that have formed inside their group. The art style is amazing and incredibly detailed. While there are many characters, each one of them is clearly defined and has their own look and costumes, so they’re pretty easy to tell apart.

The artists also do a fantastic job with the vibes of the different teams. The Revolutionaries are more bright and colorful, while the Suicide Squad is full of dark and drearier colors. It really matches the personalities of each team and ties the story together really well. For a story with so many people, the writer does a great job of giving everyone a distinct voice and personality. The writing is snappy and quick and meshes with the art really well. Overall, it’s a nicely crafted first issue that makes me interested to see what comes next.