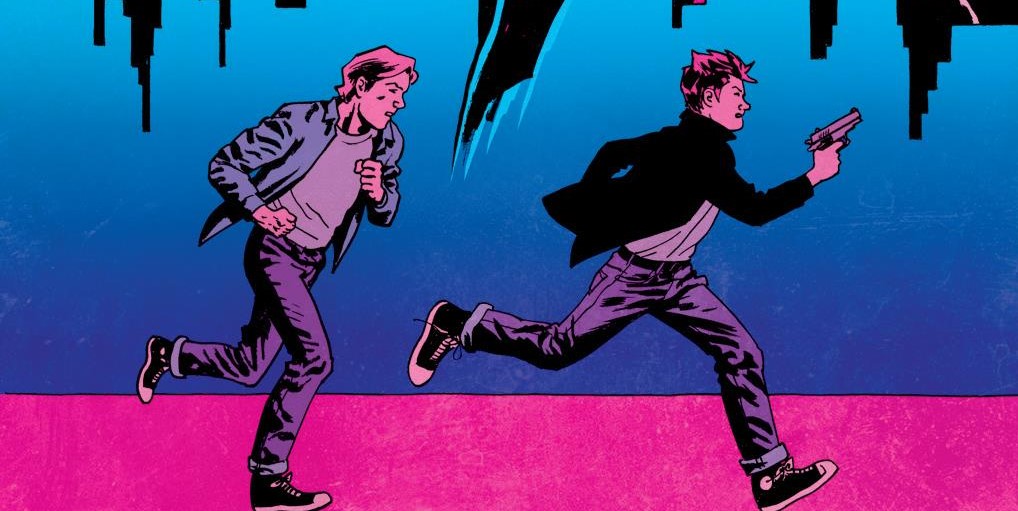 Stay Calm Under Pressure In Criminal #9

The so-far fantastic story arc “Cruel Summer” continues in Criminal #9. Keeping with the mosaic storytelling style of the previous issues of this arc, we focus on another character that will somehow become involved in the death of Teeg, Leo. A thief and friend of Ricky’s, Leo is a character that stands as an example of how easy it is to fall into a pit without realizing it.

The Two Sides Of Leo

This is the first issue in the ongoing arc to not feature Jane at all. We have seen her bring out the destructive personalities of the men she interacts with, making their lives thrilling yet troublesome. In the last issue, we took a step into her mind and saw just how messed up she became overtime. Criminal #9 focuses on Leo, who much like Jane, was negatively influenced by his dad’s catastrophizing. Where Jane receded into constant fear of the unknown, Leo embraced it. This isn’t a strength, it’s a damn terrifying aspect of Leo’s personality.

In normal life, Leo is an unassuming guy with no self-confidence. He struggles to make connections, talk to girls and lives in the shadow of his socially confident friends. He’s isolated and this led to him living out a life in his head, constantly working on new ideas without vocalizing them. The fact that his dad was a criminal and he helped out only led to further introversion. Alone, allowed to think freely, and with the confidence to act on his ideas, this led to a relaxed Leo when carrying out his thieving work.

This calmness breeds confidence and confidence breeds arrogance. Leo is a legitimately good thief, but he has developed the tendency to leap before he’s looked. But this relaxed confidence shows itself in times of great stress and he’s able to adapt quickly. The problem then becomes that sooner or later he will make a mistake, something he comes dangerously close to in Criminal #9. He almost pulled that trigger, he knows it and knows that he felt nothing but a cold sense of calm too. He’s one trigger pull away from being something far worse than a thief.

Lighting As A Conveyer Of Tone And Character

I’ve talked many times about how much I adore the father and son duo of Sean Phillips and Jacob Phillips. In Criminal #9, Jacob does something extraordinary with his colours. He creates a sense of lighting that seems to pop from the page. As the issues have gone on, I have noticed his confidence in his work increase and as a result have seen more experimentation. Here his fruits of labour are much appreciated as it creates a particularly unnerving yet realistic mood to each page.

As Leo and Ricky rob the arcade, we get a glowing miasma of colours that strike the characters from every angle. The glow emanates from the arcade machines and basks in the room in a tense yet almost nostalgic feel. Later, the flashlight used by the security guard is positioned in the panel to aim right at the viewer. The colours are so bright that we get into the headspace of our characters and become like a deer in headlights, blinded by the brightness.

While that is all impressive on a technical level, he also uses lighting to serve as both flashbacks and a character establishment. Look at the page where Leo reflects on the time Jenny called him a robot. The flashback is highlighted in a light cold blue. Anything in a darker shade is severely muted, with most objects fading into a blueish white. Meanwhile, the panels during the arcade heist are primarily black with colours taking on darker shades. This contrasts Leo’s two sides: the quiet and introverted man and the dangerously confident thief. All of this is from the use of colours to convey lighting and thus the mood of the page.

An Uneasy Calm Settles Over Criminal #9

Criminal #9 is a loosely attached issue to the “Cruel Summer” arc. Jane doesn’t appear and besides a few hints, the larger plot remains in the background. While the other issues have been for the most part standalone, forming a mosaic-style arc, they did build upon each other. What Leo will bring to the table is anyone’s guess, but I look forward to seeing how he connects to the long con Jane is running. Let’s just hope his relaxed calmness under pressure doesn’t make him cross a line that he can never come back from.