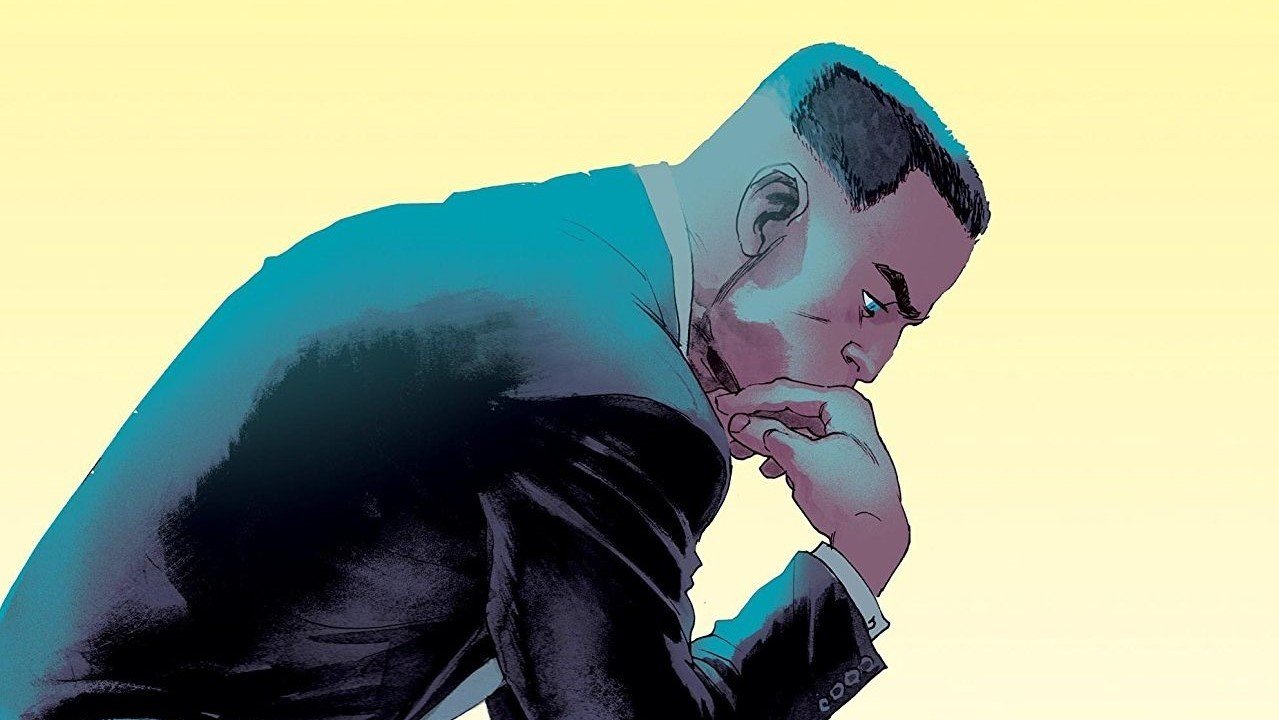 Should You Pick Up Netflix’s Prodigy #1?

What does the smartest man on the planet do with his time? Anything and everything you can imagine. Challenges, like solving a global asteroid threat or performing a death-defying motorcycle stunt, are just another day in the life of the incredible Edison Crane. Prodigy #1 follows these fascinating tales as the latest installment in the Netflix-owned comic company, Millarworld.

Written by Mark Millar, drawn by Rafael Albuquerque, colored by Marcelo Maiolo, and lettered by Peter Doherty, Prodigy #1 presents a narrative with almost limitless potential. But does a story with boundless potential necessarily make for a story that’s worth your interest? Now that depends.

A Day In The Life Of Edison Crane

The comic opens with a brief introduction to Edison as a brilliant young boy. He is the son of a well-to-do American senator and friends with the Vice President’s son. We aren’t told specifically when Edison discovered he was a genius, but we do see how he uses his intellect throughout his childhood.

In adulthood, the world hauls Edison as the smartest man alive. He is a chess master, scientific consultant, trillionaire businessman, and more.  Nothing is too difficult for Edison Crane to accomplish (something to touch on later in this analysis of Prodigy #1, so hold onto that). He keeps his magnificent mind engaged by taking jobs and requests from people and governments around the world. When a particularly peculiar anomaly occurs in Australia, Edison is brought in to investigate; and the stakes of this mystery have world-altering repercussions.

The Art Of The Smart

Rafael Albuquerque and Marcelo Maiolo produce something uniquely gorgeous with Prodigy #1. Each and every page has a painterly feel. Crisp decisive line work married with bold colors gives the book a memorable and unique dynamic. The panels and their layouts are reminiscent of painted storyboards for movies, and I believe this is on purpose.

Albuquerque and Maiolo do an excellent job rendering the exotic landscapes of Edison Crane’s world, such as the Grand Canyon or Edison’s own mindscape. And every character displayed has a distinct design that perfectly matches their role in the story. In truth, the art of Prodigy #1 is the most prodigious part of the book.

The Priority Of Dialogue In Prodigy #1

Edison Crane is one smooth operator: cool, calm, and confident. You would expect such a persona from someone who is always the smartest guy in the room. Thus it becomes even more important Edison exudes this persona with every word he speaks, and  Mark Millar captures this incredibly well.

In addition to Edison, the supporting characters all have an appropriate voice for the roles they play. However, none of those voices are terribly evocative of a deeper character, with the exception of Edison’s father, who has serious issues with his son. Dialogue progresses a significant portion of the story, so it’s a good thing Millar crafts it well. The e provides much of the information readers need for the narrative, but it is done in an impressively organic way.

My Issue With This Issue

Overall, Prodigy #1 comes off heavily as a movie pitch rather than a comic book. Is this a bad thing? Only when you paid $3.99 for a comic book and not a movie pitch. The pacing of the book, as mentioned previously, feels like you are reading storyboards for a movie. This can work in comics, but it can also limit the medium.

When a writer is developing a movie, they have to consider the budget they think the story would cost to make. In this case, Mark Millar has to think along the lines of a Netflix movie budget. Thus, for example, if Millar says Edison does death-defying stunts, a Netflix movie can show him doing one of those stunts and talking about others. A comic book with no budget can have the artist draw an entire page of different stunts Edison has done or will do.

Netflix acquired Millarworld largely to have Mark Millar produce stories for them to adapt to shows and movies, thus Prodigy #1’s story structure makes sense. However, I cannot help but feel Millar is squandering so much potential with Edison Crane, the smartest man on earth. IGN has actually confirmed this cinematic mindset. They reported:

“Of the new movies and shows that Millar is creating for Netflix, a select few will also receive a comic book adaptation from Millar. Prodigy is one of those properties. Prodigy was already in development as a Netflix movie before Millar got to work on the comic book version with artist Rafael Albuquerque, and now the comic is out on shelves.” (article by Joshua Yehl)

So Prodigy had a cap on its imagination before Millar even started on the comic. On the upside, with Prodigy #1 being so intrinsically tied to its movie counterpart, Ray Fisher (Cyborg in Justice League, 2017) expressed interest in playing Edison Crane. I have full faith that he would rock this role.

To Smart For His Own Good?

One final thing to mention is that though Edison Crane is a fascinating concept, he falls flat as a compelling character in this issue. Nothing is too difficult for Edison Crane to accomplish, and that’s a problem. Conflict is the lifeblood of any story, but with Edison, there is no conflict. Edison effortlessly solves every challenge he encounters. This is to be expected for the smartest man on the planet. However, this leaves the story with no stakes.  Edison discovered the anomaly in Australia (which is presumably going to be the center of the story), and he seemed intrigued but far from worried.  Based on his flawless track record, if he’s not worried, why should we be?

This issue ends like a fun peek into another world where Edison Crane is a genius who does quirky stuff and is about to embark on another quirky task, but we ultimately know how this will end. We may not know specifics, but again, nothing is too difficult for Edison Crane to accomplish. You could stop reading this series after this issue and be emotionally satisfied. That is very bad for the first issue.

Perhaps Prodigy will read better as a collected story when it is completed, it is an adaptation of a movie after all. Is it worth the price of admission to read this comic? In my opinion, no. I would wait for the whole shebang or just watch the movie when it comes out. Again, the art is great, the dialogue does its job, but as a narrative, Prodigy #1 is far from prodigious.

Should You Pick Up Netflix’s Prodigy #1?
PROS
CONS
68
Prodigious