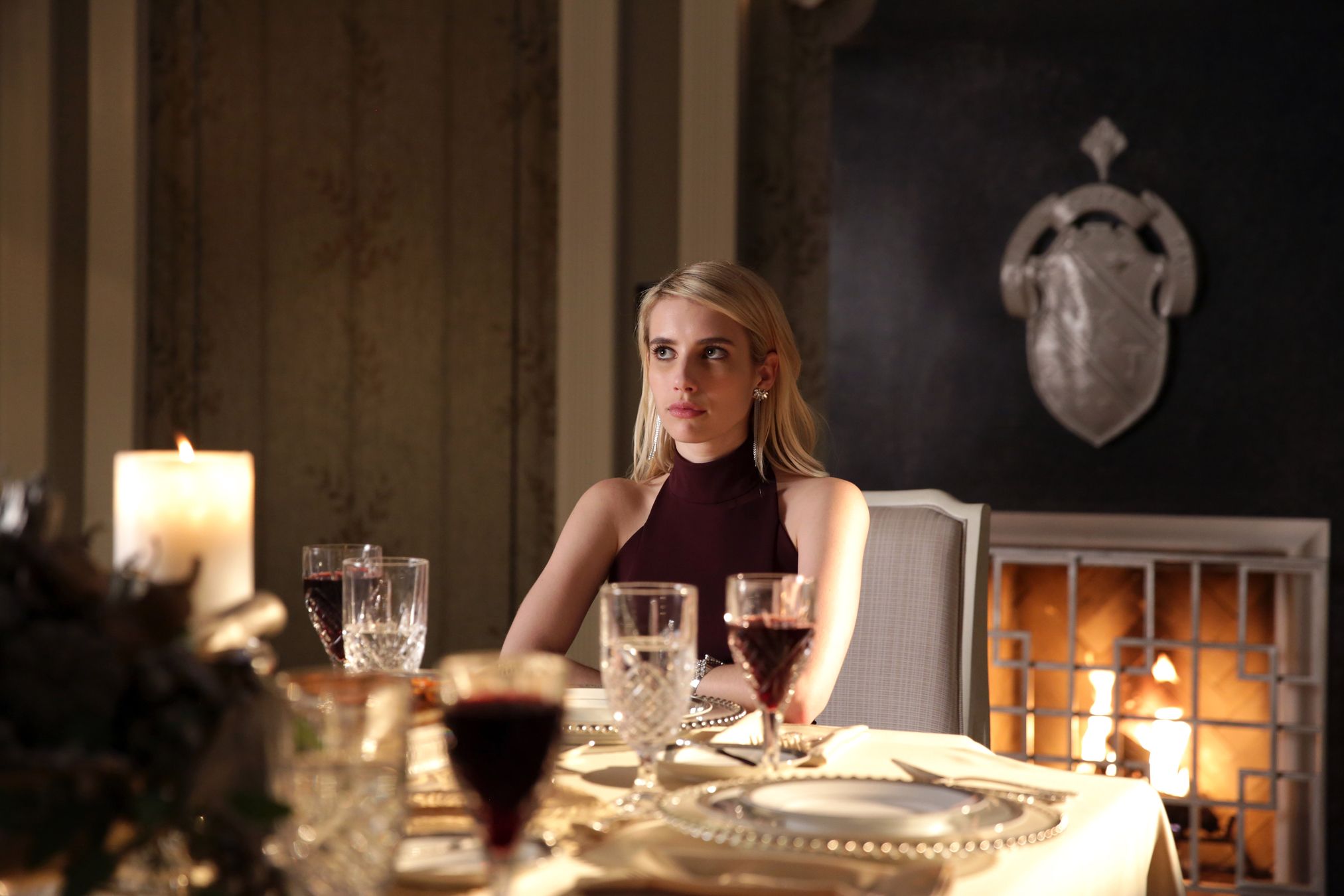 If there’s a TV show I couldn’t imagine doing a Thanksgiving episode, that would be Scream Queens. After all, family, gratefulness and general good deeds have never been a thing in this show. However, ‘Thanksgiving’ knew how to play into that and gave the right message by the end of the episode. With the addition of an intense “whodunnit” game, an interesting plot twist and a mouth-dropping ending, this turned out to be one of the strongest episodes of this series so far.

We got to see up to four different Thanksgiving celebrations this episode: the one with Gigi and the Red Devil, the one with Chanel #3, the one with the Radwell family, and the one at Kappa Kappa Tau. Out of all them, the one that I was the most surprised to see was Chanel #3’s. #3 is easily the most well-developed of the Chanel minions and I never get tired of seeing her scenes. However, the difference in screen time between #3 and #5 is starting to become a bit jarring, and even suspicious.

What Happened With Hester?

We found out that Hester wasn’t dead and I couldn’t be happier about that. Her character’s journey is only getting started, so I felt like her death in the last episode came out of nowhere and didn’t make much sense narratively speaking. Although it appears like Hester is there to ruin Chanel’s meal with the Radwell family, she ends up being Chanel’s moral support. As expected, the Radwell family is a mean-spirited and superficial group of people.

Chanel struggles to prove her (economical) worth to Chad’s family and even Chad, who said he was grateful for the serial killer, wants to kick her out. The Pictionary game was the last straw. Not even Chanel could cope with their rude and offensive commentaries towards Hester, so she decided to tell them off, break up with Chad and go back to KKT. Good for you, Chanel.

Even though Dean was the only one back at KKT, it was both surprising and heartwarming to see all the characters eventually going back home. Of course, their Thanksgiving wasn’t ideal. We didn’t get to see them hugging or saying what they’re grateful for to each other. Instead of that, they decided to play a little blaming game. However, for once, this game actually led us somewhere: Pete discovered that Grace’s father, Wes, is actually Boone’s father.

What Happened In Scream Queens?

Wes claims he didn’t know, we’ll half-believe him for now. The only thing that didn’t sit well with me was Chad coming back and Chanel forgiving him so easily. After her speech before storming out of the Radwell’s house, I thought that at least we would get a couple episodes of Chanel being mad at Chad. Or at least, Chad should have recognized his family’s rudeness and apologized for them. That didn’t happen, so him joining them at the table felt a bit forced.

I quickly forgot about my annoyance when, instead of a turkey, Gigi’s head appeared on the plate. Well, it’s not an episode of Scream Queens if there isn’t a lot of screaming, right? With Gigi and Boone now out of the picture, the other killer left is Bonne’s sister. The only thing we know for now is that she is someone who was at the table in that moment. While we wait for next episode, it would make for a fun game to re-watch that last scene with all the characters constantly going in and out of the kitchen.