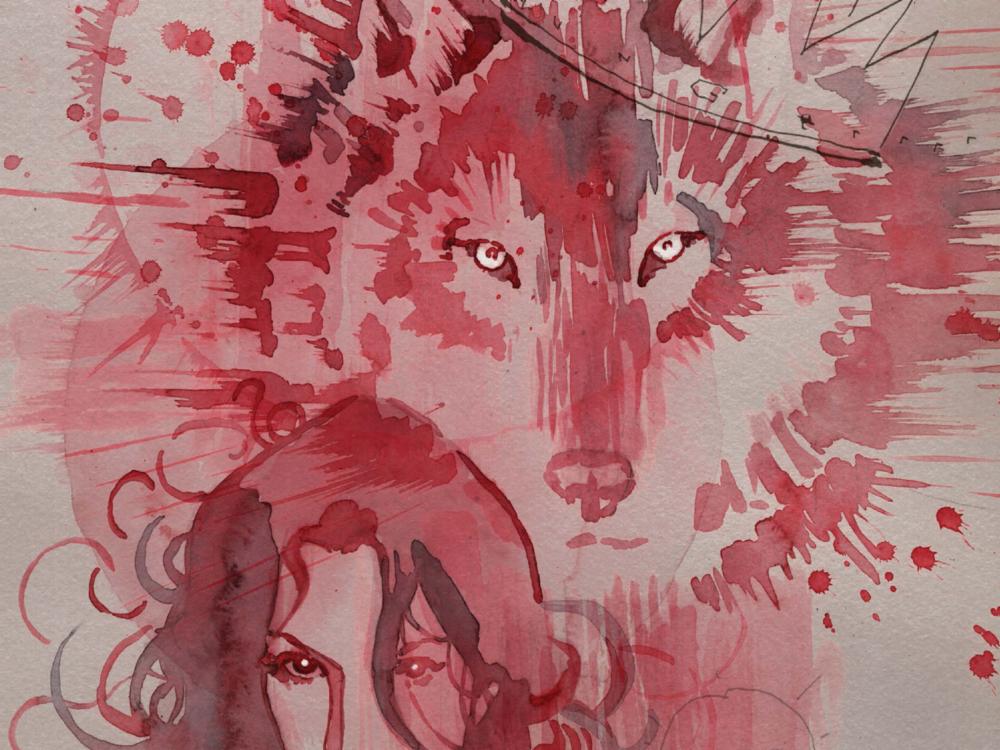 The multiverse is in crisis, worlds are colliding and everyone is in danger! It seems like the end of everything, but there may be a chance to fix the damage that has been done. We last (Jughead the Hunger Vs Vampironica #4) left our heroes in shock as they learned about the multiverse from Sabrina the Teenage Witch. Sabrina also tells the gang they need to find the Book of Lucifer to fix the multiverse. After a deadly situation, the gang receives help from Betty’s cousin Bo.

He leads them to where the Book is located, but of course, a horde of vampires is waiting for them. What will happen to our gang of heroes next? Can they fix the multiverse before it gets any worse? Well, let’s take a look at the last issue of this crossover series in Jughead the Hunger Vs Vampironica #5. You can find our reviews for the entire series at The Daily Fandom.

A Spellbinding Plot In Jughead The Hunger vs Vampironica #5

The issue begins with glimpses of how other universes are dealing with their own crisis colliding with other universes. The comic then transfers readers to the HungerVerse where Jughead, Vampironica and the gang are about to face a hoard of vampires at Riverdale High.

The gang, though, manages to avoid the hoard and travel to a girl’s restroom where Betty’s cousin Bo blows up a stall. Through the rubble, they find the coffin of the dead head vampire with the Book of Lucifer in his hands. Before they can comprehend what else they uncovered, the hoard of vampires appears and attacks the group.

They all begin to fight for their lives when suddenly they hear Sabrina’s voice. Veronica finds out that Sabrina is speaking through the reflection of her sword. Sabrina then takes over Veronica’s body and begins to read a spell from the book of Lucifer. The spell works and the vampires begin to disappear all around them. During this victory, Vampironica plants a kiss on Jughead.

Betty is very annoyed and breaks up this kiss to kiss Jughead herself as everything turns to white. The book then cuts to an epilogue that states that in Vampironica’s universe 43 teens are still missing. The comic cuts again to the HungerVerse where Betty, Archie, and Jughead have gone missing. Kevin Keller begins to talk about the situation with Chuck at Pops. As they leave, Pop is shown to have very sharp teeth, mentioning that the trio will be found.

Over the many years of Archie Comics, Betty and Veronica have always been infatuated by the redhead with freckles Archie. When readers hear their names the love triangle always comes up. With Jughead the Hunger Vs Vampironica, it’s time for Archie to move over because now Jughead is at the center of this love rivalry.

Jughead not only gets a kiss from Vampronica but also gets a kiss from Betty. Since Jughead the Hunger, Jughead has grown into a compassionate and brave character. He’s not just a hamburger-loving teen, he’s something more and the girls seem to love that about him. There’s a wonderful twist on the iconic love triangle and many readers are excited about it.

Sadly, this is the last we may see of this love triangle because it looks like everyone went missing after their own Infinity War snap. It is a wonderful concept that should be explored further and there could be so many stories that can spin out of the relationship between any one of them. Hopefully, we will see this play out more in another Jughead the Hunger series, but as of this moment, there is no word on a squeal series.

Speaking of a sequel series, there is one question that needs to be brought up. Where are the other Werewolves? If individuals read the final issue of Jughead the Hunger #13 there was a tease of something big happening with the werewolves coming soon. Now that we are at the end of Jughead the Hunger Vs Vampironica #5, what happened to them?

The issue promised the entire pack of werewolves were together and cooking something up. It also felt like it would be a plot point for this crossover when it was advertised as “Up Next.” With this small addition, it seemed like this series would be a direct follow up to Jughead the Hunger and fans would get a vampires vs werewolves scene.

Now that the series is over it seems that they could have been all misplaced like the vampires were. It just seems odd that they weren’t mentioned at all. As this series is still phenomenal, it’s unclear why the series prior made it seem that everyone in the HungerVerse would be a plot point in the story. Besides the confusion, the story is still great although it would have been a nice addition to having the pack in the story or at least mentioned.

There is a wonderful moment in this issue that is sure to become a fan favorite. As the gang advances to find the head of the vampire coffin, they end up in the girl’s bathroom. They begin to discuss the events going on all around them when cousin Bo takes them to a certain stall. When they look inside Archie has a big smile on his face when he sees his name and number on the wall.

When he begins to gloat, Bo mentions that he wrote it. He then mentions the only reason he wrote it was so he wouldn’t forget where the coffin is located. It’s so perfect because no one even questions that reason, probably because he can beat anyone up. This series is filled with so many moments like this but this one takes the cake. It’s random, hilarious, and is one of the reasons why this series will become a fan favorite, if not already.

At the end of Jughead the Hunger vs Vampironica #5 fans get a glimpse of the future of both universes after the event that just took place. As the epilogue focused on the Hungerverse, readers saw Pop talking to Kevin Keller and Chuck. Fans can see that Pop has some whiskers on his face, and at the end of the book readers get a close up of Pop that shows that he has sharp teeth. What in the world is Pop? Looking further into the series, Pop has whiskers on the first issue as well.

This means that he is from Vampronica’s world, but in issue two when the gang finds him in the HungerVerse he has whiskers too and no one mentions them. Could this be an oddly drawn mustache? Pop’s maybe an animal, or worse, he could be a combination of a werewolf and vampire. Another theory is that he may be the only vampire that was left in the HungerVerse after the events, which means if the series comes back in someway the gang has a terrifying new problem on their hands.

The End… For Now

Lastly, Jughead the Hunger Vs Vampironica #5 can mainly only be defined in one word: perfection. This issue has everything fans could ask for: it contains horror, action, comedy, and magic. Even though there are lingering questions after this issue, it doesn’t ruin the amazing series that we received. This issue contains so many wonderful moments that many will be talking about for years to come. Sadly, as mentioned before, this looks like the end of Jughead the Hunger for now.

Luckily though, there is a five-issue mini-series for Vampronica being released at the end of 2019. It’s wonderful that this series will not be the last time we see her, and hopefully, we’ll get some questions answered. These characters are so close and everyone’s hearts so it’s great to see them live on in new stories. Jughead The Hunger Vs Vampironica was an exciting crossover that didn’t disappoint and is worth a read. This series is horrifyingly fun from start to finish, it will quench your thirst for blood but also leave you hungry for more.