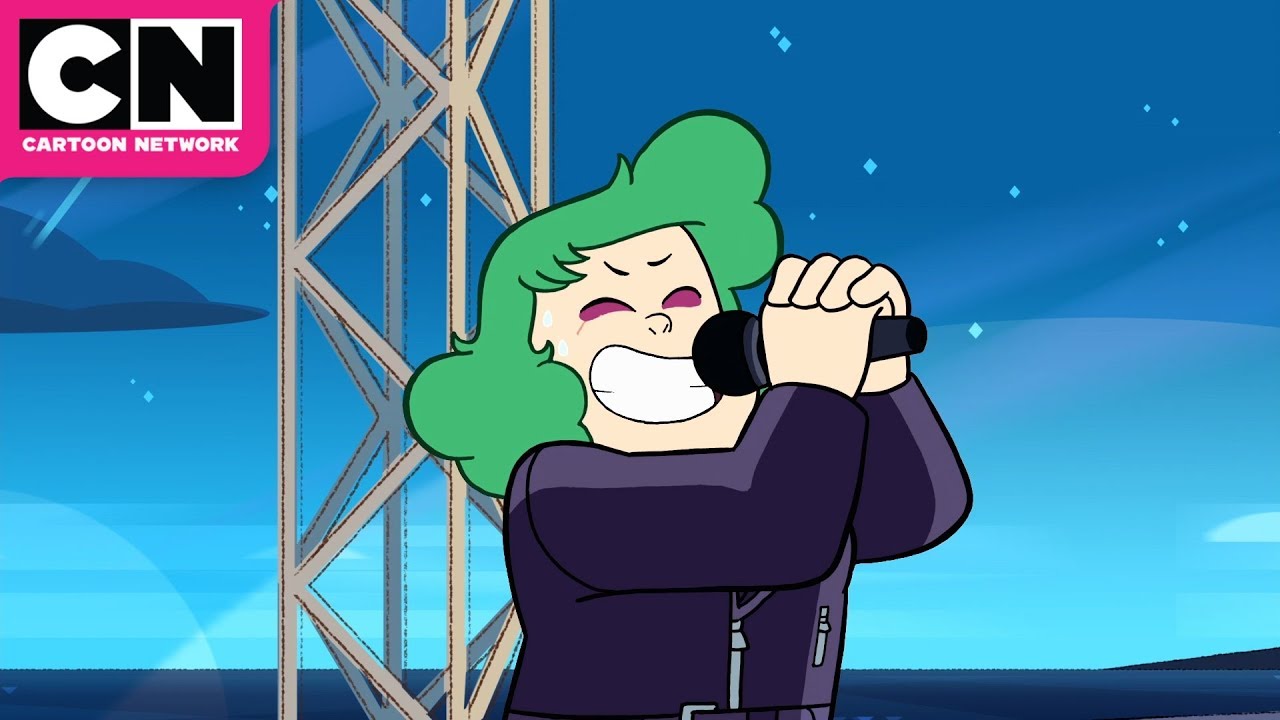 Sadie Miller To Sadie Killer: The Terrifying Potential of Quitting Your Job

I quit my job on October 4th, 2019. The months leading up to that moment were full of anger and anxiety. The nonprofit I worked with had disappointed me with its disorganization, demands for mandatory volunteering, and condescending bosses. I left work feeling as if I had wasted my time and energy. This created an overwhelming sense of shame. During this time, I became obsessed with a song from the animated series Steven Universe: “Working Dead” by Sadie Killer.

Steven Universe, as a series, has promoted positive LGBTQ+ narratives, body positivity, intersectional feminist messages, and mental awareness. Through her numerous characters, Rebecca Sugar has been able to support numerous people with her messages of empathy and self-acceptance. Sadie Miller, who later takes the stage name Sadie Killer, professes her message to any adult who feels drained by their neoliberal capitalism. So let me show you how Sadie’s character journey guided me through the terrifying and incredible trial that comes with quitting your job.

We Are The Working Dead

The neoliberal capitalism of American society nurtures a toxic, exhausting work ethic that prioritizes monetary success over personal fulfillment and well-being. Under capitalism, production remains owned by private companies that rely on the labor of workers.

Since workers do not own the means of production, they have to sell their labor power to companies for less than the full value of the goods they produce. Despite their labor being the power behind the production, they remain easily exploited by the owners of private companies. This system functions alongside neoliberalism, which emphasizes success through individual effort. Neoliberalism nurtures a “bootstrap” mentality, which argues that you can achieve anything that you want as long as you work hard enough. And if you fail, it is because you didn’t work hard enough. There are no excuses.

The Danger Of Neoliberal Capitalism

Neoliberal capitalism not only creates a system in which the owners of companies benefit from underpaying their workers but a culture that blames workers for hardships. In a culture that has accepted a bootstrap mentality, external circumstances that make an individual’s life difficult are framed as excuses. Individuals continue working under toxic working conditions, worried that they will be called selfish, lazy, or naive for expecting something different.

This constant pressure to be productive has a terrible impact on mental health. Young adults are prime examples of the consequences of neoliberal capitalism. They are transitioning from being their parents’ dependents to adults who are responsible for themselves. According to mental health research conducted by the National Alliance on Mental Illness (NAMI), 75 percent of all lifetime mental illnesses develop by age 24. Young adults are drowning because of this system, including the fictional young woman Sadie.

Who Is Sadie Miller/Sadie Killer?

Sadie was first introduced as one of two employees at the Big Donut. She’s a sweet, reserved, and mature young woman who loves music and horror movies. Unlike her coworker Lars, she works hard and tries to be as professional as possible at work. Despite Lars’ difficult personality, the two are close friends who spend a majority of their free time together. Sadie is able to enjoy the simple pleasures of her life and appears to be content with her job: it’s low-pressure and she is able to spend time with her best friend. But after Lars is taken into space, things change.

In season 5, episode 9, it’s revealed that because Lars is in space, Sadies is now the only employee of the Big Donut. She remains physically exhausted by all the shifts and can’t process her feelings about Lars’ dangerous situation. Her work life disregards her boundaries, but Sadie continues to try to be a good worker. Despite these conditions and how they negatively impact her mental well-being, Sadie regards it as normal. She tells Steven:

“This job is a drag, but at least I know it’s a drag. It’s normal. There’s something nice about that you know.”

My job was part-time, but it was stable. It brought in money regularly and I thought that remained the most important thing. It felt awful, but it also felt like it was what I was supposed to do. I job hunted while I worked, believing it was the only responsible way to leave my job. When things got worse and worse at my job, I kept telling myself I just needed to wait it out. But sometimes you reach a breaking point.

Sadie begins reaching that point after she sits on Steven and the Cool Kids’ band practice. They are inspired by a horror movie soundtrack and begin playing a spooky song. Sadie, horror and music fanatic, gets caught up in the moment and improvises a song: “The Working Dead.”

She refers to the deep sadness she has been forced to ignore for a dead-end job that doesn’t bring her joy. She isn’t living, she’s just a body mindlessly working. There is a difference between her and the others, who haven’t let their jobs consume their lives. They are alive. Their lives aren’t free from challenges: the differences are they are working towards something that has meaning to them.

The band members remain amazed both by Sadie’s singing abilities, but also by her ability to express such intense feelings. They ask Sadie to perform with them, and she’s excited until she remembers she has work. On the day of the performance, Steven arrives at her workplace asking her how he could write lyrics like hers. To this, Sadie responds:

“Lose your youth to your boring job. Lose the only person you’ve ever felt close to. Lose your mind working all his shift.”

She’s aware of the negative effects of her job, but she has accepted it as normal. Until she hears Steven’s attempts to write lyrics about her. She hears his song about her unhappiness and that’s the final straw. She quits.

Quitting & Diving Into The Unknown

The episode ends with Sadie chasing after the band as they prepare to leave town for the gig. She declares she’ll perform, not just tonight, but every night! She quits! At the moment, Sadie is glowing from her escape from a toxic environment. I listened to “Working Dead” and thought about this episode a lot before I quit. I understood Sadie’s frustration and desperation to escape from a job that took more than it gave. Quitting to put everything into something you love felt like a daydream that helped me grow through the worst days. But then it became real.

For a brief moment, I did feel the relief and joy of knowing you’ll never have to return to a terrible work environment. But because I never let myself enjoy anything, I also experienced a tremendous amount of anxiety: why did I waste so much time there? How long could I make my savings last? What do I run towards now?

What Sadie Killer Can Teach You

While I was working, I joined The Daily Fandom. Researching and writing about pop culture made me happy and reminded me how much I loved working in a place full of stories. I didn’t have Sadie’s clear dream, I just had a vague sense that I wanted to remain in a creative space. But also this feeling that I wasn’t good enough for those spaces. I wasn’t like Sadie who was talented and had a real reason to run into the music world.

But I had forgotten something: Sadie didn’t start the series as the confident Sadie Killer. Sadie failed to sing in front of others earlier in the series. She didn’t feel good enough for the Beach City Cool Kids, who later became her bandmates. It took her time to have confidence in herself, but in all that time, she continued singing when she was comfortable, she continued watching and collecting horror movies, and she continued spending time with people who brought her happiness.

Haven’t You Noticed You’re A Star

Sadie lacked confidence, but she loved what she loved and found happy moments. Even if I wasn’t confident in myself, that was all I could do as well. Quitting without a new job was terrifying because I didn’t know what was next. But it was also exciting because I didn’t know what was next. I may have been stressed and insecure, but I also wrote, made costumes for LA Comic Con and Halloween, and went out with friends. And eventually, I arrived at an amazing job in a creative space where worlds were transpiring every day. After quitting, Sadie Miller becomes Sadie Killer without skipping a beat.

The band becomes more popular with each appearance. Sadie writes spooky songs, but also songs that criticize the treatment of workers, such as her song “Disobedience” that challenges the idea that workers should be submissive and obedient regardless of how their boss treats them. She represents how incredible you feel when you give everything to what you love instead of giving it all to meeting capitalist expectations. Obviously reality is more complicated.

If you quit your job suddenly, your mental health could take a turn for the worse while you figure out your next move. You might be in a position where you can’t quit because you have people who rely on you or you don’t even have savings to take care of yourself.

Regardless of your situation, it’s important to remember two things: