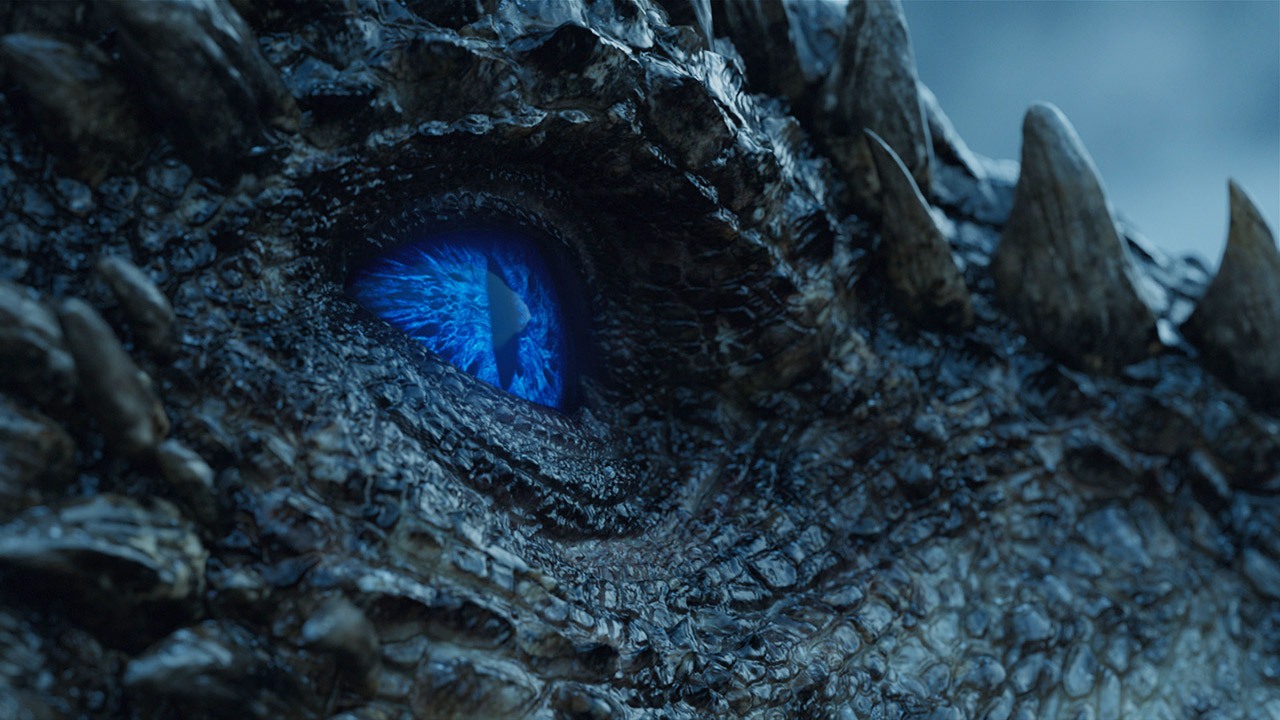 Roundtable: What Will Happen In ‘The Final Season’ Of HBO’s Game Of Thrones? #ForTheThrone – Part 1

HBO’s Game of Thrones season 8 (see: The Final Season) is happening soon. In light (or dark) of the final season, The Daily Fandom has a roundtable discussion about what could possibly happen April 14th, when it premieres on HBO. Who will be on the throne? What death tore you apart throughout all 7 seasons thus far? Why can’t you get over it? Who has grown the most? These and more will be answered and discussed in the roundtable. We are not ready for the final season, but we tried our best to speculate on what could possibly happen as we ended the series with one last farewell to Westeros.

Where Do The Loyalties Lie In Game of Thrones? (Question 1)

@kylescher: Over the course of Game of Thrones, many character’s loyalties and morals have been put to the test. Some have swapped sides, rebelled, broken their promises, and let personal problems affect their judgment. In the current political landscape of Westeros, Cersei stands alone while Jon Snow and Daenerys have united against the oncoming horde. With the reveal that Jon Snow is indeed the true heir to the throne:

Do you believe that Jon and Daenerys will at some point turn on each other, thus weakening the only line of defense against the White Walkers? Do you think Cersei will use this fact to take her two competitors off the board?

Will Jon & Daenerys Turn Against One Another?

Colleen: I think — if Jon and Daenerys do turn against each other — it will wait. Both of them have seen the true dangers they face, and I think that will keep them focused. Whether or not Jon recoils from the fact of what he has done (and with whom) or Daenerys turns on her only competition as a Targaryen heir, I think it won’t come early. If nothing else, Jon is completely dedicated to the coming war against the White Walkers. He will do what it takes. After losing Vyserion, I think the danger has hit home for Daenerys too. I do think there will be a great deal of unpleasantness, yes. But I don’t think Cersei will be the victor in all this. And hey, who knows? Maybe they’ll all die and we will avoid this altogether.

Shareca: Plus… the whole they just had relations with Jon and Daenerys makes it even better for Cersei if she ever found out. Since they care for each other, emotionally, she can use that against them. In the trailer, they seemed to be partners or running the show together. That is where you can break them. I don’t think she can break Arya and Bran either, he sees the future, but she could try. I think Cersei can’t break them individually, so she will break them as a pack. Break their alliance to one another instead of going for them individually. It makes sense for her to do that since she knows individually they probably won’t break. The only ones we have are Jon and Daenerys that might be able to be broken individually. However, if that happens, she knows Sansa, Bran, and Arya are coming for her ass.

Sayge: I agree with Colleen if Jon and Daenerys do turn against each other it will wait till about the end. If Cersei did find out, she would wait until the right time to use the information. If she used it too early they would be able to recoil their relationship and still defeat Cersei, but if she uses it just at the right time it could potentially destroy Jon and Daenerys’ plan and relationship. I could maybe see Jon reuniting with Sansa, Bran, and Arya and they defeated both Cersei and Daenerys. Jon being the good guy he is, though I don’t see him turning his back on Daenerys, even if the information about him being the true heir did come out.

Kyle: So, I posited this question as from my perspective as a writer, I find the idea of playing chess while your own death is marching to your front door fascinating. The oncoming death horde of the White Walkers is certainly interesting and who doesn’t love an enemy that replenishes itself every time someone dies i.e. The Borg. But the real meat of Game of Thrones is quite literally in the title, the game of politics being played. The potential for a civil war of sorts amongst the new allied rulers of Jon and Daenerys provides a far richer tapestry of the story’s potential, at least in my eyes.

Can There Be Any Loyalty In HBO’s Game of Thrones?

Kyle: With that stated, I think inevitably, Daenerys will turn on Jon but not the other way around. Jon is your classic noble hero who is reluctant to be king. Heavy is the head that wears the crown, as the saying goes. Daenerys is ambitious, arrogant, and especially in recent seasons has become incredibly reckless. Her power comes entirely from her dragons, they are her only bargaining chip, but what happens when they are gone? Despite saying that she wants to break the wheel to stop the endless games being played for power, she has shown specifically in season 7 that she, in the words of Margaery Tyrell,

“wants to be the queen.”

Almost assuredly, once she foresees no more danger from the White Walkers, she will make her power grab. The snake will eat its own tail once again.

I expect Cersei to play the long game. She will hide out in safety as the White Walkers march ever closer. She is a mastermind or at least likes to think she is. One rule you learn in a situation like that is to wait, analyze, and strike only when your enemy is at their most vulnerable. I expect her to gain knowledge of Jon’s true heritage and then wait.

Once Daenerys and Jon’s affair goes public, which it most assuredly will, and they suffer a great loss at the hands of the White Walkers, Cersei will strike. This leads to a domino effect, Daenerys turns on Jon, they take each other out, the White Walkers kill the rest. Cersei then unknowingly has caused her own death, but at least she was queen for a while. Queen of the Ashes.

Is It Too Soon For Reminiscing On Past Deaths In HBO’s Game of Thrones? (Question 2)

@sharecacole: What is the one HBO Game of Thrones‘ death that you can’t/wouldn’t be able to get over? And, why? Could be anyone from Season 1 to a potential death you may foreshadow in “The Final Season.” You can also pick two, one that has actually died and one that you wouldn’t be able to withstand if they did die in the forthcoming season.

We Can’t Get Over… The Starks, Direwolves, & Robb

Colleen: I can’t get over the deaths of the , in particular, Lady. I know it came super early in the show and we really hadn’t gotten a chance to get to know her, but I think it was the first really senseless death that showed how brutal this show was going to be. It also breaks my heart that Ned had to kill her and that Sansa blamed him for that, leading to an estrangement before Ned’s death. All the deaths are brutal because not only are they pets, they’re intelligent and good, protective companions of the Stark kids. If I have to watch Nymeria and/or Ghost die this season I will riot.

Shareca: I WILL NEVER GET OVER ROBB STARK. Like, how dare they?! That role made Richard Madden forever crush based on his portrayal as Robb. He is perfect. (I will forever love Jon too, but Madden is up there.) But if Arya died, I would cry real tears. That is the character I identify the most with. She has grown immensely throughout the series and I would hate it after everything she’s been through to die. I would also say Tyrion Lannister, for sure. I would cry real tears if he died. He is my favorite and only Lannister – I pretend most of the others don’t exist. I wouldn’t be able to take it if they died, that is the cold-hard-truth.

Sayge: Someone’s death that is still heartbreaking to me to this day is Hodor. I was so angry when he died, it just was not fair. He should be alive right now at Bran’s side. He deserved to come home to a hero’s welcome! But, no, they killed him off and I am still mad about it. If Brienne of Tarth dies in the coming season I will be devastated. I will never be able to forgive the show. She is such an amazing character. I want her and Arya to meet up in the final battle and kick-ass together!

Colleen’s Response to Sayge: God, Sayge, way to bring heartbreak. Will any of us ever really recover from Hodor? But also thank you for reminding me of Brienne, I just got to season 2 in my rewatch and I’ve forgotten how much I love Brienne of Tarth. What a character.

Response to Sayge and Colleen: We won’t ever recover. Never, never, ever. I can’t get Hodor out of my head now, that whole foreshadow and past/present visual was outstanding. One of the best moments of GoT history for me (top five).

Kyle: The thing about HBO Game of Thrones is that I was already familiar with George RR Martin’s writing style. Make care about a character, make the reader feel a special bond between them and the character, then rip the reader’s heart out and stomp on it, if it’s still beating then stomp on it some more. As a result, every death in Game of Thrones so far has been pretty apathetic on my end. I either saw it coming, thought it was poetic, or felt like it was in good service to the story. The only death that affected me in any way was Littlefinger’s, simply because I thought it wasn’t very well done.

A character as smart as was done a disservice by being taken out by a frankly amateurish political deception. The idea of Sansa getting revenge is great, and the perfect way to kill Littlefinger, but it just felt so rushed. I would say that I liked Robb a lot, so I agree with Shareca, Robb is the death that hits home the most I suppose. I even have a friend who refuses to watch the Red Wedding episode every time he rewatches the series because Robb was his favorite character and always will be.

As far as a character I would hate to see death this season. It’s a tie between Jamie and Brienne. Both excellent characters, who are probably my favorites if I had to rank the characters. I would say that Jamie’s death could be awesome if he went out becoming the knight he wants to be. Perhaps say, killing his sister?

Are You Ready For HBO’s Game of Thrones?

If you want more of the roundtable discussion, check out questions 3 & 4 and 5 & 6. We had a lot to say about everything Game of Thrones. The season premieres tonight, April 14th on HBO. Tune in and let us know how you enjoyed the first and last episode of Game of Thrones.