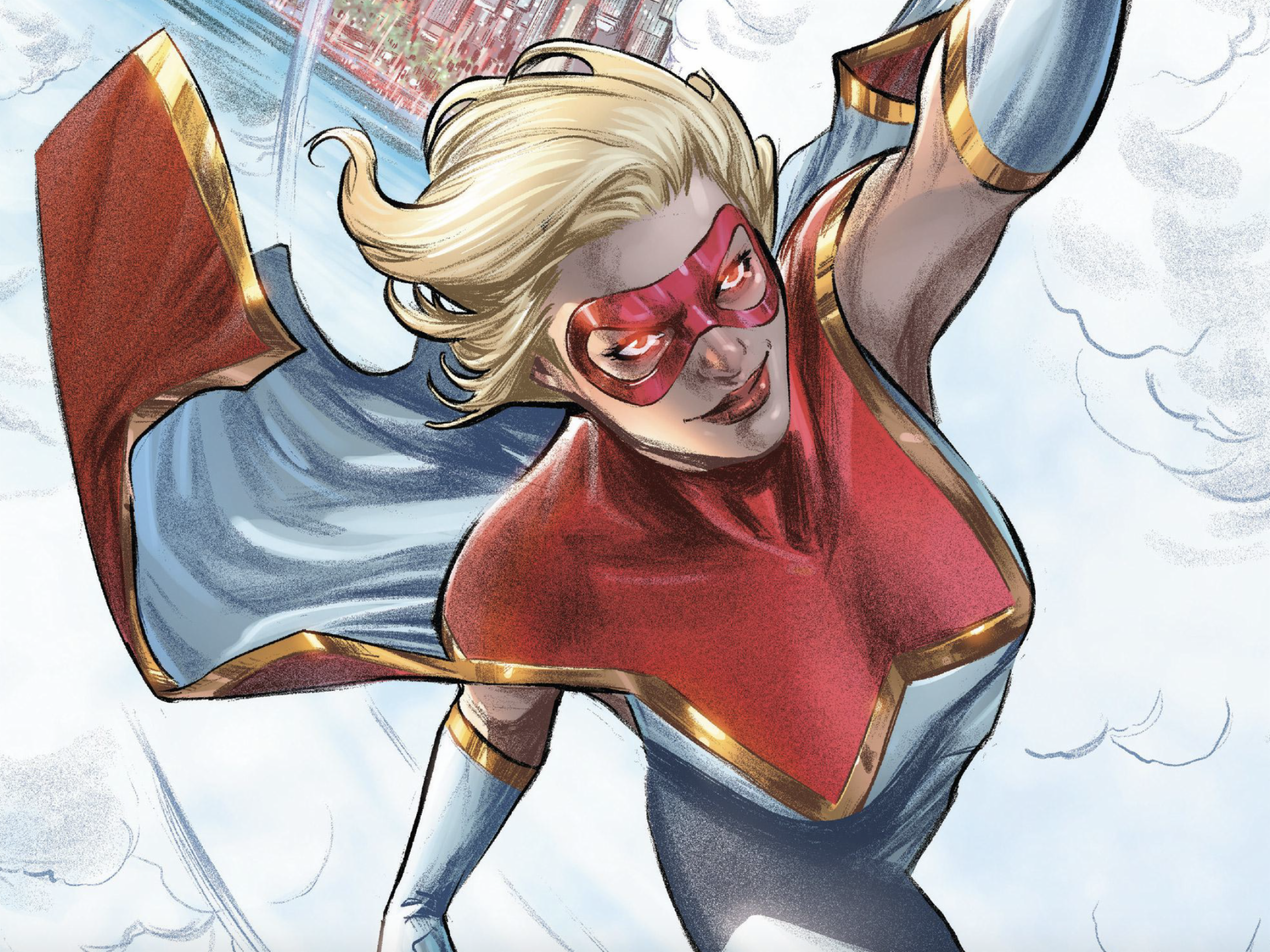 Let’s start this off simple, Star #1 is an absolute must-read. It’s brilliantly written and all-around a fun and interesting story about Ripley Ryan, who we don’t know much about. It’s written by the insanely talented Kelly Thompson (Deadpool, Captain Marvel) and illustrated by Javier Pina, Filipe Andrade, and Jesus Aburtov. VC’s Clayton Cowles is the letterer.

Who Is Ripley Ryan?

Ripley secured a bargain with Minn-Erva in exchange for superpowers. She was the only survivor of the experiment but didn’t receive the superpowers she was promised. The only logical solution? Steal them from Captain Marvel herself. After successfully siphoning some of Carol’s powers and killing a lot of civilians, she had the superpowers she was after. Captain Marvel punched a hole in Ripley’s (now Star’s) chest, removing the device she used to siphon Captain Marvel’s powers, Ripley was sent to the Raft. However, after learning that she had merged with the reality stone, Ripley made her escape from the Raft. And now, she has her own mini-series, starting with Star #1.

There Are So Many Cameos In Star #1

Star #1 shows Ripley Ryan trying to navigate the world with her new powers. She doesn’t totally know what she’s doing, and because of this, she causes a lot of problems. With problems, come superheroes to stop them.

When Ripley finds herself at a sketchy bar, she quickly gets into a fight with one of the occupants. She was thrown out a window after failing to harness the power of her reality stone. In the street, Loki captures her and brings her to an abandoned warehouse. He attempts to remove the reality stone from her chest. He tells her that he’s only trying to help because bad people will be after her otherwise.

Ripley refuses to believe this and instead uses the reality stone to “delete him permanently” from existence. Of course, this is Loki we’re talking about, so he’s not really dead. Star #1 lets us know right out of the gate that people are going to be after that stone.

Jessica Jones is one of the more prominent characters in Star #1. After Ripley realizes she has basically no control over her own powers, she turns to Jessica Jones for help. Ripley states that someone has been hunting her. Jessica Jones clearly has no tolerance for this and is quickly on offense. She hits Ripley over the head with a paperweight. Ripley attempts to alter reality but doesn’t have much success. Star #1 does a great job of mixing other characters from the universe naturally. Neither Jessica Jones nor Loki feels out of place in the story.

Last but not least, Scarlet Witch. Scarlet Witch shows up at the very end to stop Ripley from all the madness she’s been causing. We don’t get to see much of her, as she’s the main focus of the next issue.

Should You Read Star #1?

If it wasn’t already clear, you need to read Star #1 as soon as you possibly can. I’m a huge fan of Kelly Thompson’s work, especially Captain Marvel. But, this might be the best thing I’ve read from her so far. It has everything a good comic needs, beautiful art, a captivating story, and a character we hate to love. Ripley is that character. We can see the obvious struggle in her character.

There’s a clear division between being bad and good. I can’t wait to see her arc pan out and hopefully see more of her in the future. This is issue #1 of 5, but hopefully, that’s not the end for Ripley Ryan.

Ripley Really Doesn’t Know What She’s Doing In Star #1
PROS
Ripley Ryan is a complex and interesting character
Good exposition and easy to read even if you've never heard of Star
Star's costume is really cool, and the art is generally awesome
A lot happens for a first issue
CONS
99
FIVE STARS