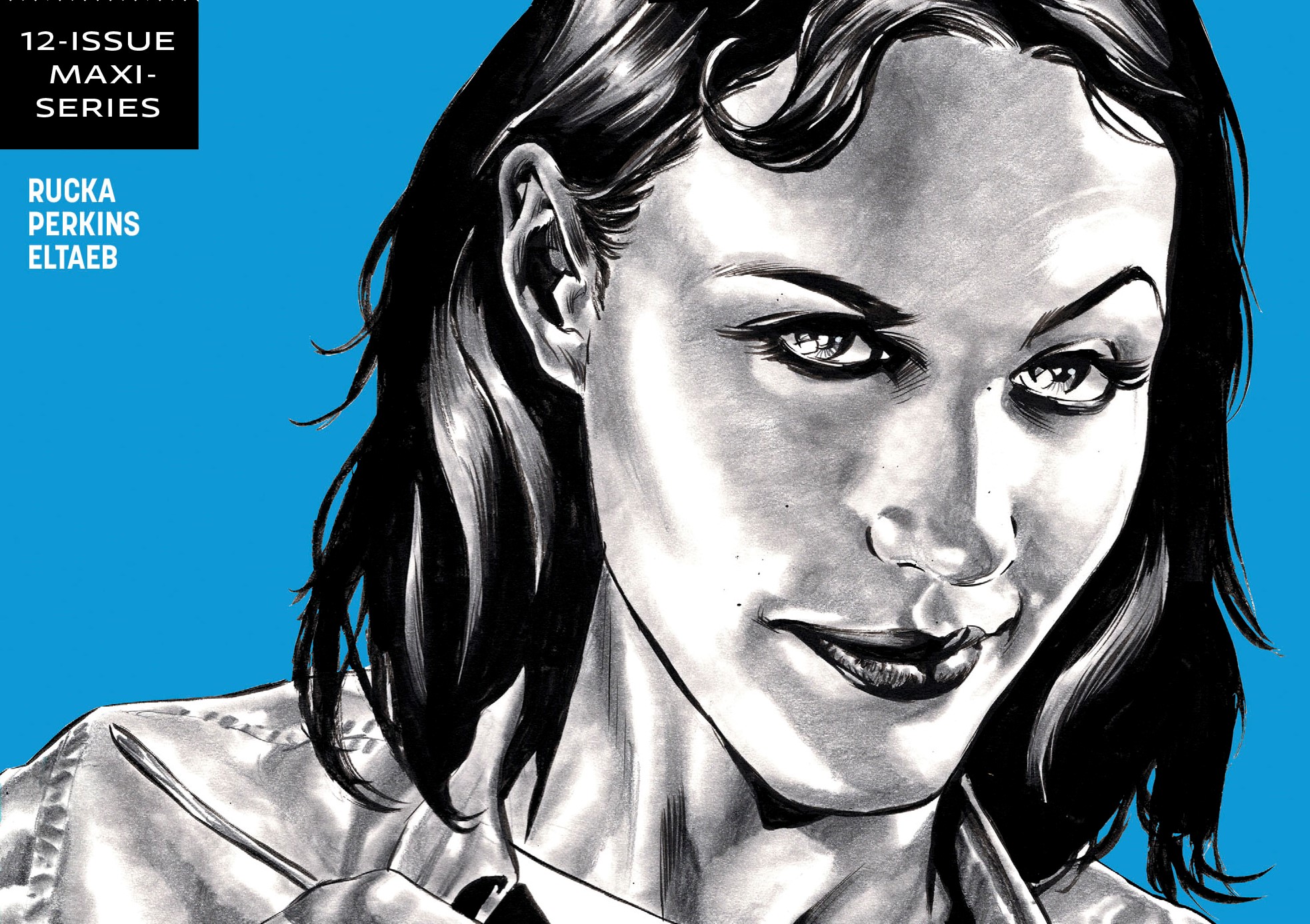 Renee Montoya VS. The Kiss Of Death In Lois Lane #8

Lois Lane #8 picks up from the cliffhanger from the last issue and delivers an action-packed entry in the series. A large majority of the issue is the fight between Renee and the mysterious Kiss of Death and then the direct aftermath. Once again, Rucka and Perkins display their strength of showing the smaller moments that would come from a superhero universe. All the while still delivering the kind of story fans love.

I want to draw attention to the expertly paced fight scene between Renee and the Kiss of Death in Lois Lane #8. The fight lasts roughly seven pages and finds the time to give each character something to do, add tension with every page, and convey the chaotic nature through its panel work. I love how the Kiss of Death is posed by Perkins throughout these pages. She is always twisting and moving through the panels almost unnaturally. It adds to her unsettling nature in addition to her skull face. On page 3, the panels are slanted at a downward angle as Renee moves ever closer to the Kiss of Death. Renee is a good fighter but right now she is outgunned.

Her desperation is shown by using an alcohol bottle to fight someone with a gun, and she clearly is improvising her moves. As her predecessor would say, she is living in the moment, letting time flow like a river. But the panels being slanted show that subconsciously tell the reader that Renee is trying everything she can to get an edge. Once she gets a blow in, the fight has a lull.

Renee finds the mask of Molly the maid that is actually the Kiss of Death and figures out why Superman hasn’t shown up yet. A white noise machine has been set up to hide the fight from the big blue boy scout. The tension during this lull is never diminished because we know the Kiss of Death is somewhere near. And then it climaxes in this beautiful splash page that shows the fight in a chaotic mess of panels. Each blow doesn’t matter, what matters is that they are equally matched.

One thing that I think is particularly clever in Lois Lane #8 is how someone so minor has become plot-relevant. Alejandra Oritz was the maid that has been cleaning Lois’ room at the Drake hotel for the entire series. Issue one even opened on a shot of her. She’s only had a few lines and seemed likable enough, but a reader would never expect her to become such a major player. Now, with the revelation that the replacement maid, Molly, was in fact an assassin named the Kiss of Death, Lois and Renee must find out what happened to Alejandra.

I just like how Greg Rucka and Mike Perkins have subverted what you expect out of a minor character like that. It seemed to be another one of their looks at what normal life in a superhero world would be like. They turn it into a plot point and a gripping one at that. What happened to Alejandra Oritz? Well, this series is two-thirds of the way done so we won’t have to wait much longer to find out. This Lois Lane series has essentially been Rucka’s sandbox to play in the DC universe. All his favourites are making appearances, or he is retconning them to be like they used to be when he was a mainline writer at DC a decade or so ago. Lois Lane #8 demonstrates this perfectly by bringing Jessica Midnight back in the stinger for the next issue. I cannot wait.

Lois Lane #8 is another great issue in this series. It isn’t a contender for the best, but it certainly demonstrates why this series has been fantastic from the start. It takes the plot in a new direction and gives plenty of action for slower-paced series such as this.